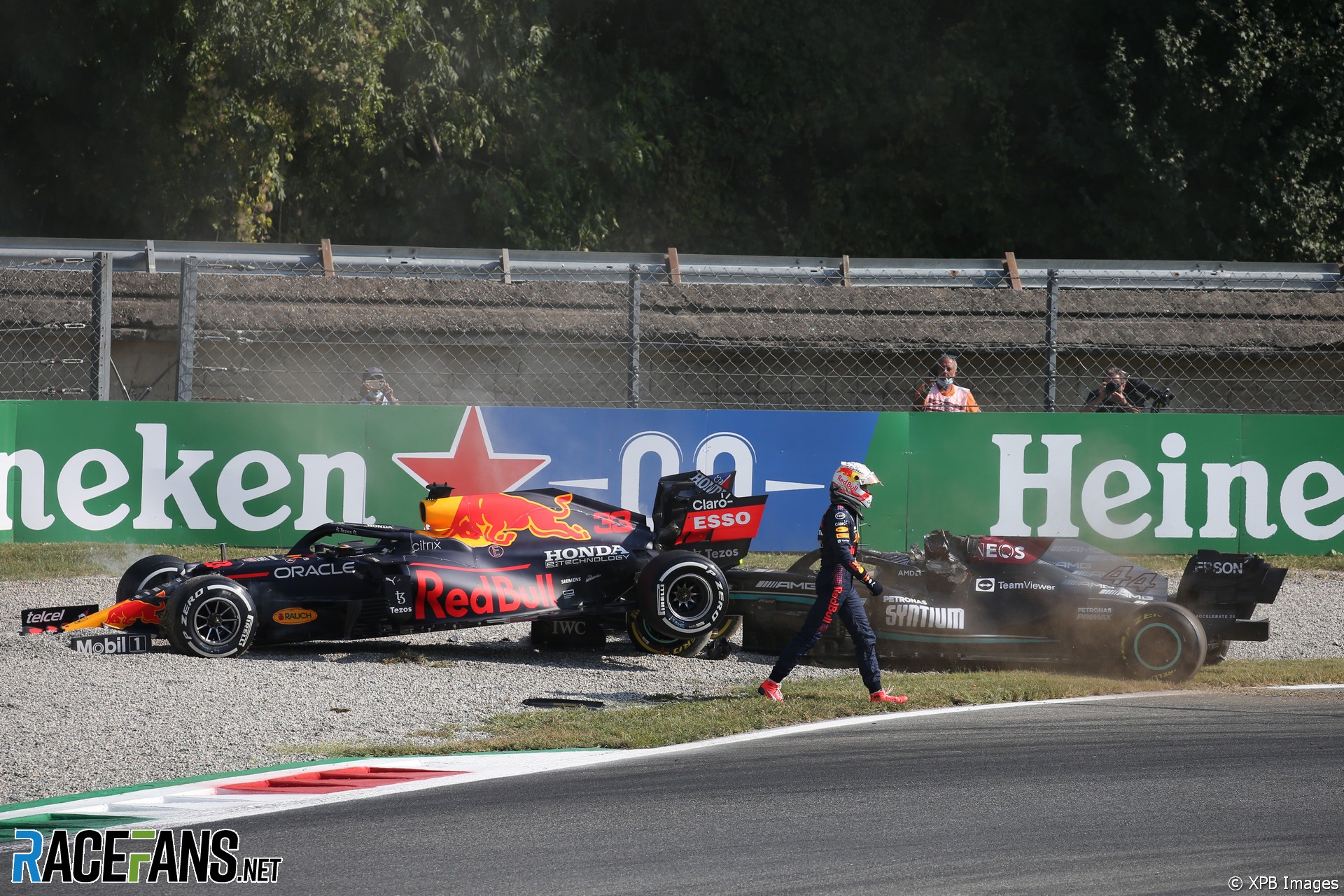 Lewis Hamilton said it did not escape his notice that Max Verstappen didn’t check on his condition after their collision during the Italian Grand Prix.

Verstappen’s Red Bull car landed on top of Hamilton’s when the pair tangled at the Rettifilio chicane during the race.

Hamilton described his surprise at finding the Red Bull perched on top of his car. “I definitely didn’t think that Max would lose control over the kerb and run into me,” he said. “But looking back at the footage, as I said, it obviously happened incredibly quick.

“In the car all I can think of is getting going and how many positions I’m losing and I’m still just in race mode. So it’s just like, how can I get going again? And I’m sitting there in a little bit of pain, but just like, come on, let’s go. But unfortunately, the car wouldn’t move.”

Verstappen blamed Hamilton for the collision on his radio before climbing out of his car and walking off.

“I did see Max get out and just walk by,” said Hamilton. “I felt that a little bit surprising because ultimately I think when we do have incidents the first thing we want to make sure is the guy that we crashed into, we collide with, is okay.

“But the good thing is I was able to get out and it was a long walk back but we live to fight another day.”

Hamilton confirmed the right-rear wheel on Verstappen’s car hit his crash helmet. Speaking several hours after the race, Hamilton said he was feeling more pain from his neck.

“I’m definitely in a little bit of pain in my neck. It’s feeling like it’s getting a little bit worse as the adrenaline rushes is off. But I’ll work with Ange [Angela Cullen] to fix it.”

“Honestly, I feel very, very fortunate today. Thank god for the Halo, that ultimately saved me and saved my neck, I think.”

95 comments on “Hamilton: “Surprising” Verstappen walked off without checking I was okay”