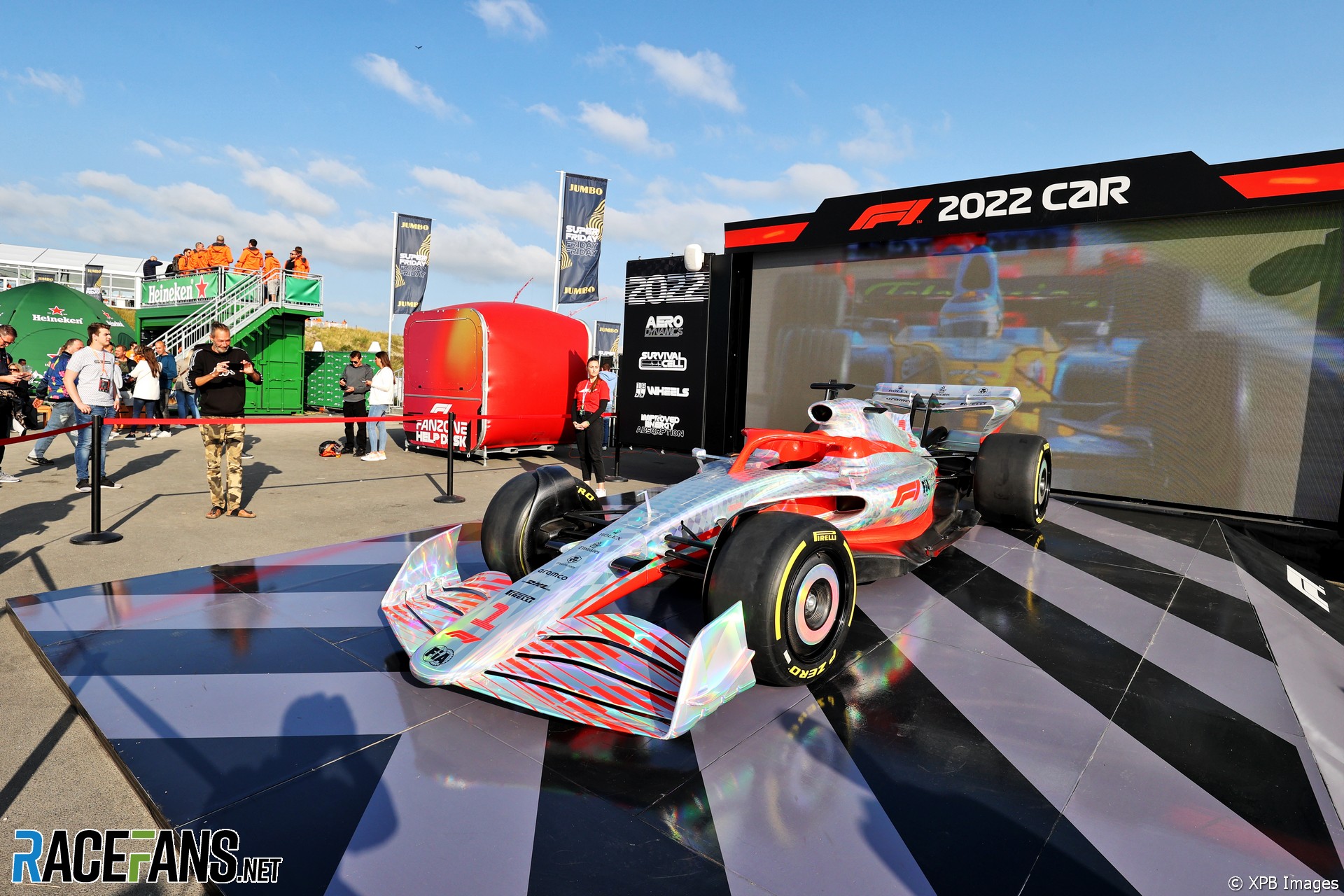 “I agree with the fans, there hasn’t been much overtaking in the two [sprint] races that we’ve had,” said Hamilton.

“But I still think it’s a good exercise. I’m still proud of Formula 1 for trying something new. There’s definitely going to be learnings from these sprint races we do.

“We can maybe adapt it for next year and hopefully next year there is more overtaking if Ross’s car delivers what they say it’s going to deliver.”

A show car styled in line with the 2022 regulations has been presented at several races this year. The new rules are designed to help cars follow more closely.

“We have so much downforce in these cars that it’s even worse to follow than it perhaps was in the past,” said Hamilton. “But even back in the day, it was still just as hard even in Michael [Schumacher]’s days.

“We’re moving hopefully in a better direction for how they’ve changed the rules for next year. And I think we probably we need more mechanical grip from the tyres in future. That’s something that we’ve all been asking for a long time. And tyres that don’t overheat when you’re following another car. That’s about it.”

F1 is reconsidering the possibility of introducing reverse grid sprint races next year but Hamilton is doubtful about the proposal.

“I have not really thought about it,” he said. “I don’t really know what the point of it would be. It doesn’t have an effect necessarily on the actual reason we’re there.

“But I think what’s important is for us to be open-minded. We’ve definitely got to try and do something different for some of these tracks where there is no overtaking. I know as a fan and as a driver it’s not fun to not have any overtaking.”