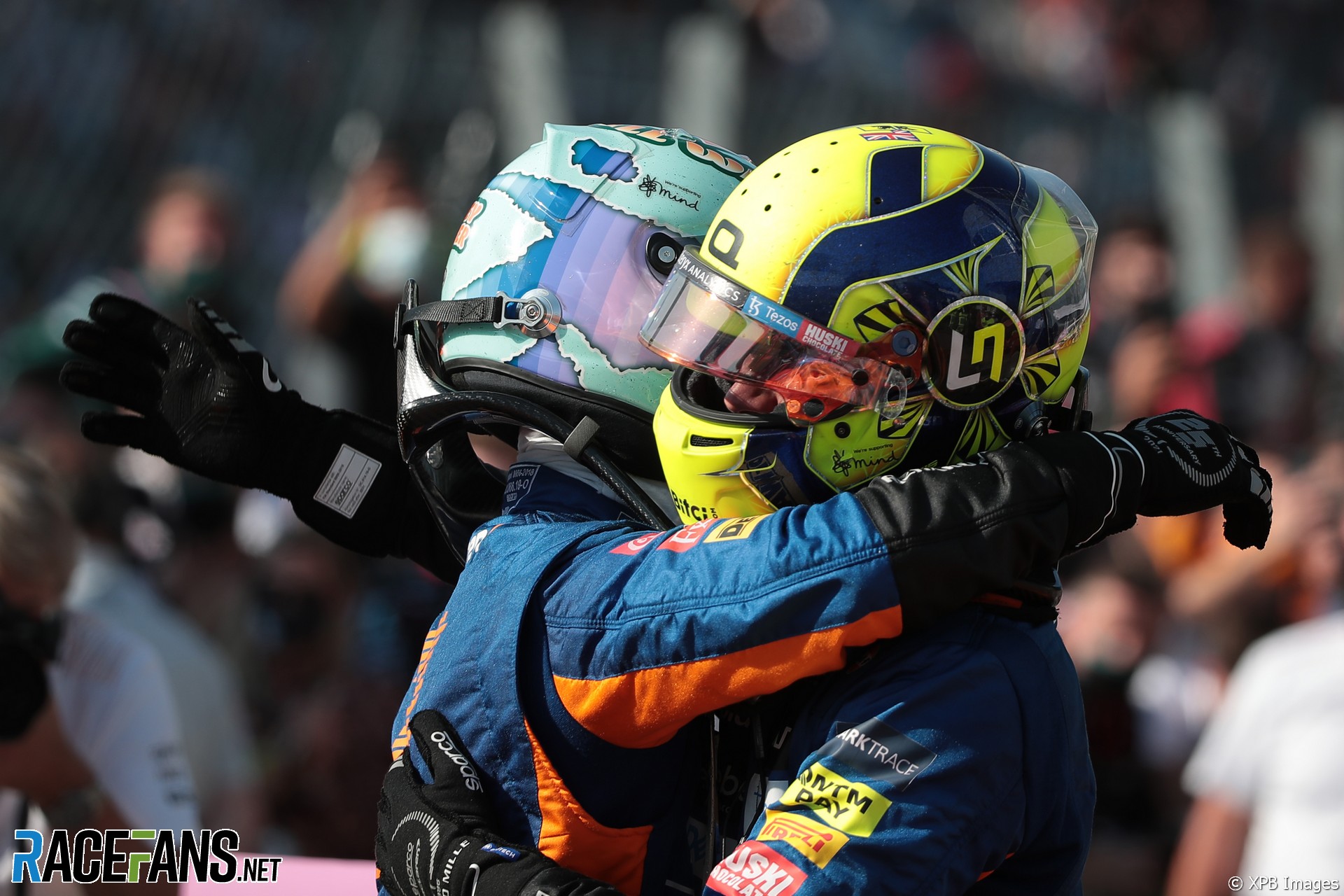 Lando Norris said that he was happy to come second to team mate Daniel Ricciardo, to secure the result for McLaren.

Norris out-qualified Ricciardo on Friday but fell behind him in the sprint qualifying race, so started third on the grid behind his team mate. Ricciardo was able to pass Max Verstappen for the lead at the start, while Norris ended up second after Verstappen collided with Lewis Hamilton.

Having fallen behind Charles Leclerc, Norris passed the Ferrari driver at the restart to claim second. He and Ricciardo stayed ahead for the rest of the race, crossing the line for the team’s first one-two finish since the 2010 Canadian Grand Prix.

Norris said it was a “pretty awesome weekend” for the team, who last won a race in 2012.

“Four years ago I joined the team and we’ve always been working towards this and we got a one-two finally. So a good step for us. I’m happy for, of course, Daniel getting the win and me in P2. I’m just happy for the team.”

Norris was heard on the radio asking his team if he should hold position or race Ricciardo. He told Sky he never considered going against the team’s instruction for him to hold position.

“I’m not going to lie, my priority is the team. I’m here for the team, I’m here for the long-term and for our future this was the best result we could have,” Norris explained. “There’s always that desire inside to want to go for it.

“I think I had the pace to at least try. I can’t say if I would have got Daniel or not, but I could have tried at least.

“I just asked the team what do you want me to do, can I go for it, can I not? And as much as, inside, I wanted to go for it, I was just as happy to stay in second because I’m a team guy, I love the team.”

Norris joined McLaren as a junior driver in 2017, when the team’s fortunes were at a low. “I love them, I’ve grown up with them, in a way,” he said. “So this is the best result I could hope for.”