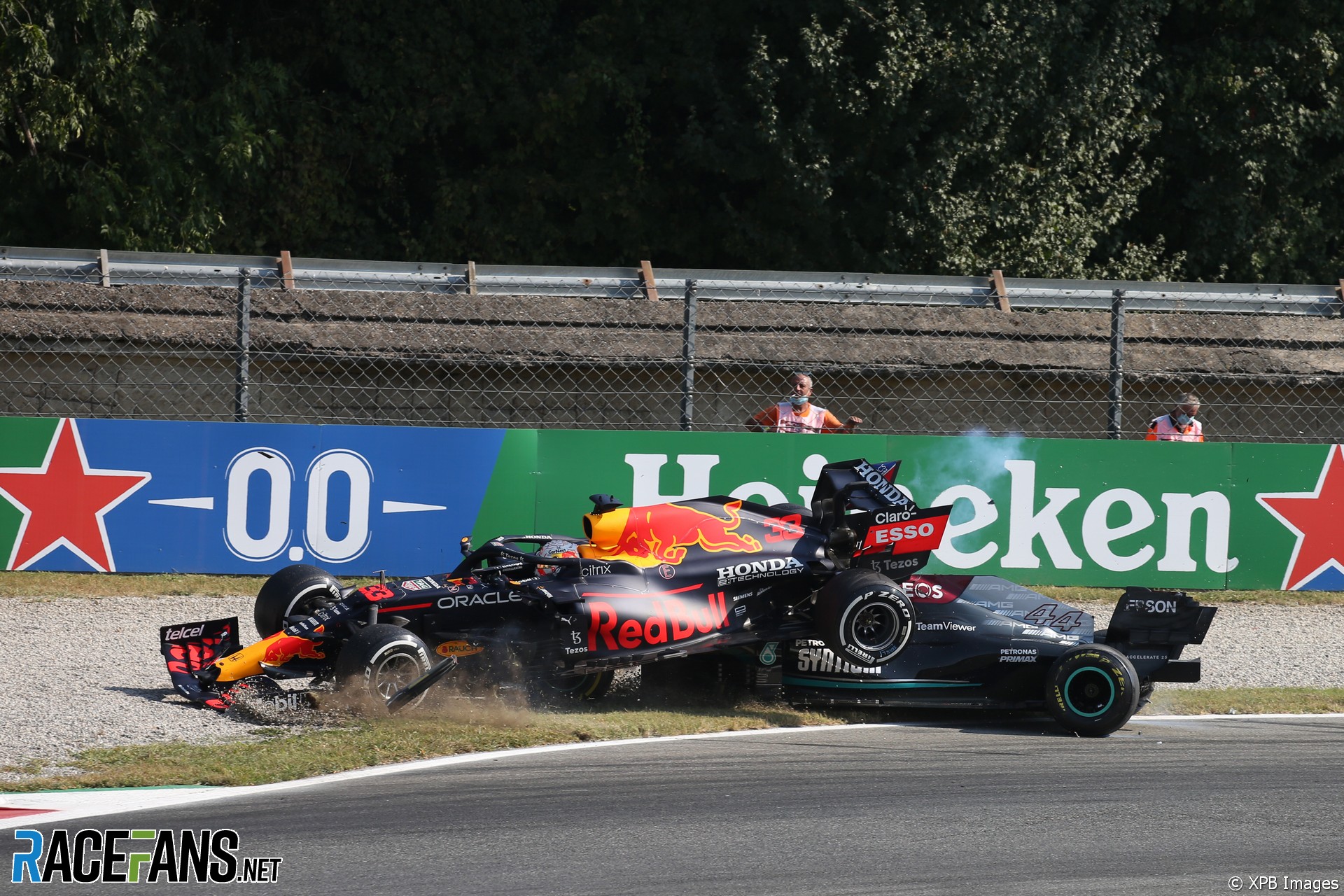 Fernando Alonso played down the race-ending collision between Formula 1’s championship contenders on Sunday, describing it as a racing incident which involved no danger.

The stewards held Verstappen responsible for the collision and handed him a three-place grid penalty for the coming race. However Alonso described the crash as a “racing incident”.

“I just looked at the incident and it seems an unfortunate position and corner and kerb,” Alonso explained on Sunday evening at Monza. “The car jumps a little bit and they just touched tyre with tyre and the rubber makes one car [fly].

“But it’s low-speed, they are at 30 or 40kph, there is no danger, there is no nothing. So I don’t think that today was a big thing. Silverstone, probably yes, but today it was just a racing incident.”

Alonso pointed out several other drivers came close to having similar collisions during the weekend without the same outcome.

“I think Lewis tried to run in turn one to force, maybe, Max to cut the corner. Max doesn’t cut the corner, stay in the outside, but then there is no corner possible to make on the inside for turn two. They both they did what they should do and unfortunately they touched each other.

“But this is a very difficult manoeuvre, turn one, turn two and they’ve been unlucky that they touched tyre with tyre.”

218 comments on “Hamilton-Verstappen crash was ‘a racing incident, no danger’ – Alonso”