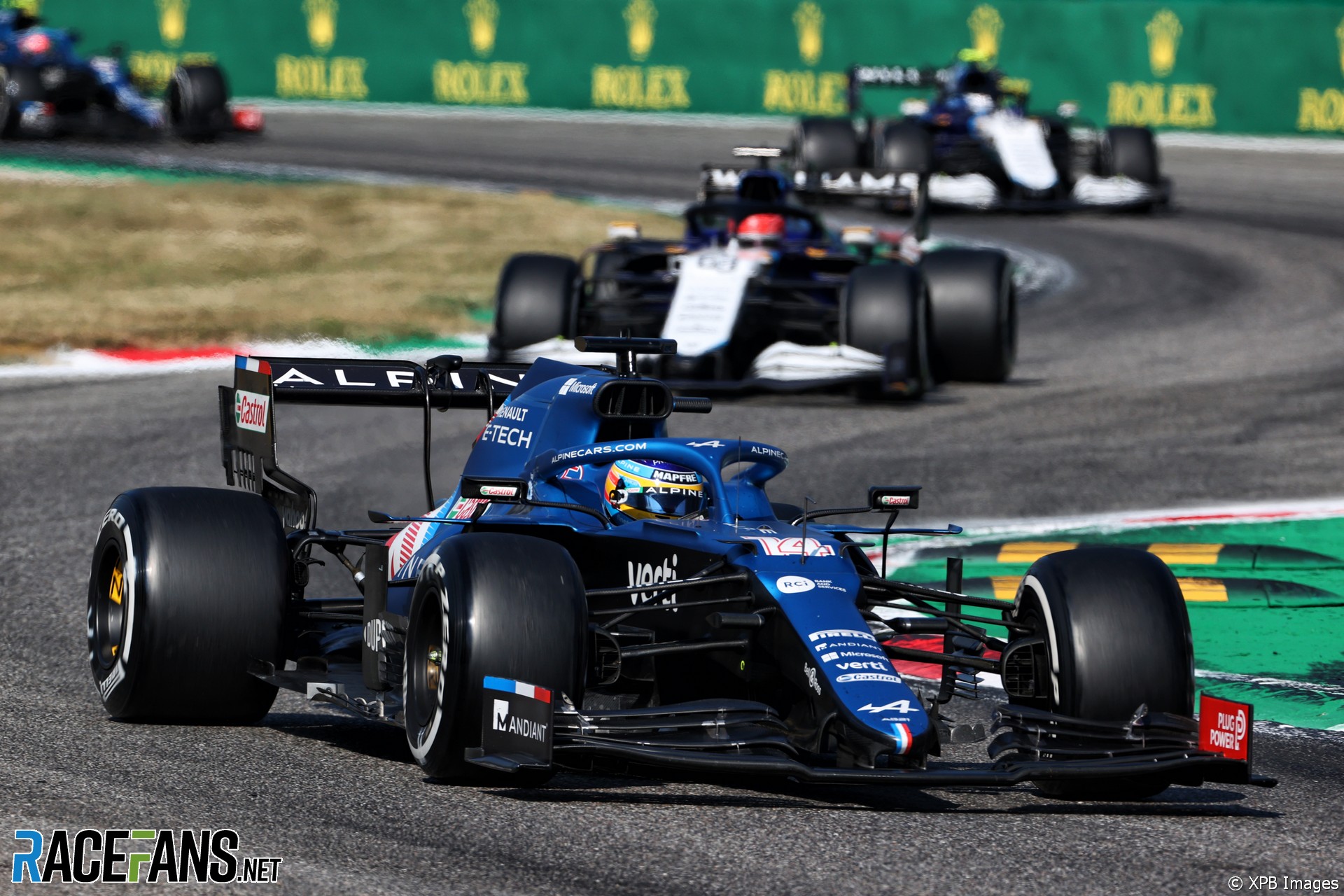 In the round-up: Fernando Alonso said Alpine outperformed their expectations at Monza.

Having started Saturday’s sprint qualifying race from the seventh row with his team mate, Alonso was pleased the team came away with points for eighth and 10th in the race.

“We knew that Monza could be a race that we were not super-competitive and unfortunately we confirmed it,” said Alonso. “P13, P14 means that we were the seventh [fastest] car this weekend and we scored points with both cars. So this fantastic job by the team.”

Ticktum sees no chance to enter “political and unjust” F1

Formula 2 racer Dan Ticktum believes his chances of getting into Formula 1 are over. The former Red Bull Junior Team member was released from Williams’ young driver programme earlier this year.

“Obviously, it’s very disappointing,” he said. “My chances of getting to Formula 1 are pretty much gone, that’s the reality, unfortunately.”

While Ticktum’s departure from Williams is known not to be connected to recent comments he made criticising their driver Nicholas Latifi, he believes his tendency to shoot from the hip has cost him.

“Our sport is very political and quite unjust, and the best drivers or the most talented sometimes don’t get to the top, whether that’s my fault or not,” he said. “I’ve opened my mouth far, far too many times and said things I shouldn’t have said.

“I am who I am, but I sort of don’t quite fit the modern Formula 1 driver mould, which as you can tell in my tone of voice, is pretty depressing. But it’s life. I’m pretty sad to have parted ways with Williams.

“Never say never. I’m a very fast driver, maybe there’ll be a way back in to Formula 1 one day, but it ain’t looking promising.”

Ticktum has been no stranger to controversy. He was given a one-year ban from racing after overtaking 10 cars during a Safety Car period and deliberately colliding with rival Ricky Collard during an MSA Formula 4 race at Silverstone in 2015.

He would not be drawn on the reason for his departure from Williams, but doubts its cost him a chance join the team following George Russell’s departure.

“I can’t give details on why we parted ways. A number of reasons, if I’m honest, not my place to discuss. However, there wouldn’t have been a drive for me next year anyway with Latifi extending his contract.”

Sprint qualifying “probably not as entertaining” as hoped

Formula 1 race director Michael Masi admitted the second running of F1’s sprint qualifying format did not produce much action on Saturday, but suggests it may have enhanced the grand prix.

“With the sprint, let’s have a look. I think one of the parts is that I’ve seen the various comments and obviously there wasn’t as much overtaking and so forth as predicted. However, it did have an influence on the grid and had a little bit of a mix-up in the grid for the race.

“So looking at it as a complete event, it probably worked, in isolation probably not as entertaining, let’s call it, as expected originally, just for Monza.”

Reminded of how much sportspersonship there is in F1. So many kind and congratulatory messages from members of every team and powerunit manufacturer as well as fans, partners, sponsors and ex-members of the team! Good feels.

See you next year 👋🏻#ItalianGP pic.twitter.com/ioQQB4A9YX

"The FIA Covid-19 code of conduct has been looking increasing feeble in recent weeks and things came to a head in Zandvoort where Kimi Raikkonen tested positive."

"Gillett believes the championship is ‘one step ahead’ on the innovation front, citing the fact that Formula E innovations have since made their way into different championships, such as the driver replay wipes."

Together as one (OMP)

"With the acquisition of the Bell Racing Helmets Group in 2019, we consolidated the sales of all the brands within the OMP Racing SpA organisation for EU and (the rest of the world) excluding the Americas."

Would Liberty Media really be disappointed if the championship fight was ‘decided in the barriers’?

My bet is that they’ll be loving the carnage and will want to see more of it for the rest of the season.

The battle between Lewis and Max will be doing far more for viewership than any amount of silly gimmicks.

I’m actually quite sure Brawn would be quite happy for the title to be decided in the barriers of there’s a huge increase in ‘fan engagement’. After all isn’t that what they want.
DB-C90 (@Dbradock)