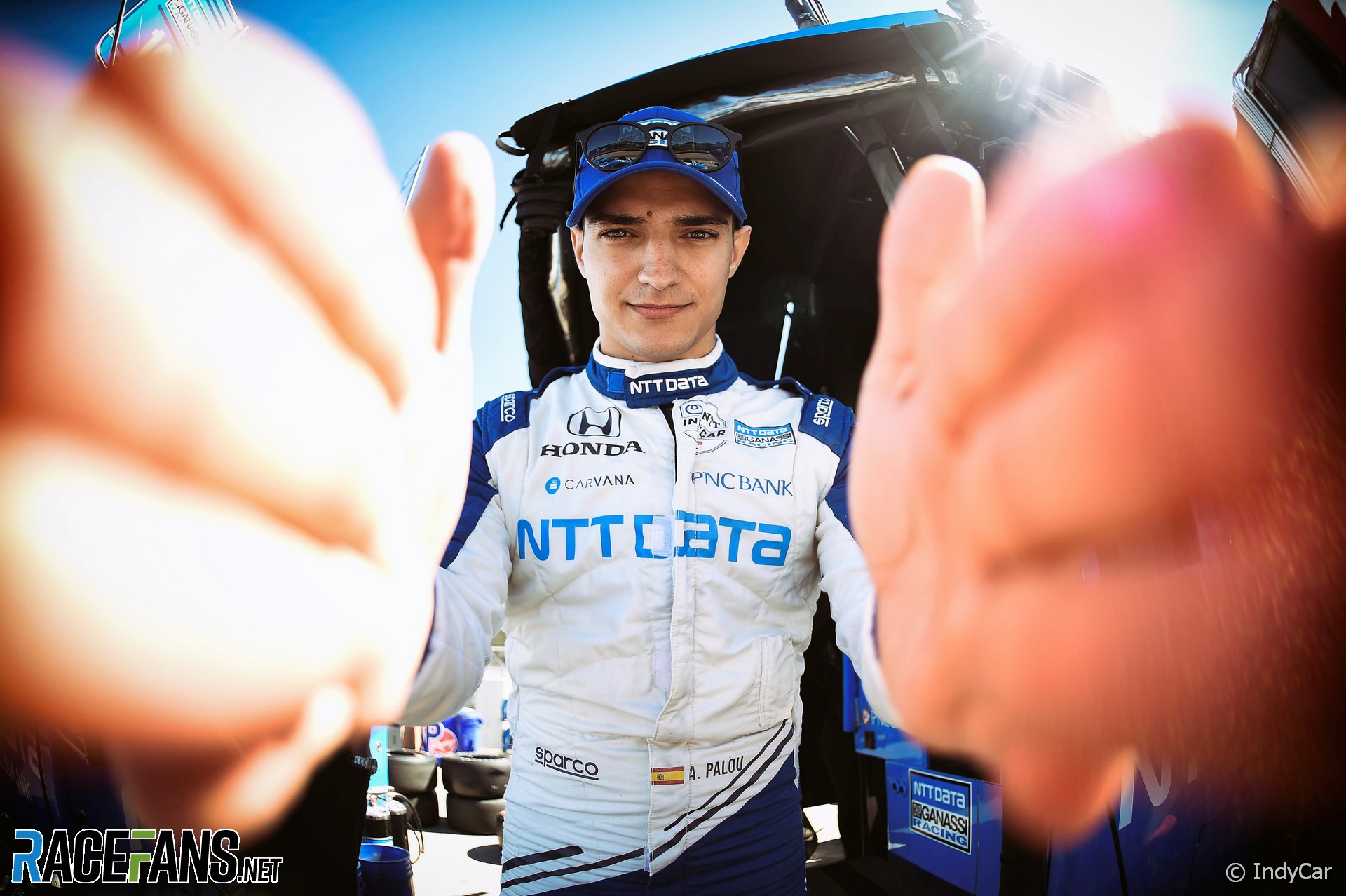 The Grand Prix of Long Beach has been a staple of American open wheel racing since 1984, its first season after switching codes from F1 to the CART Indycar series.

But this weekend, for the very first time in its history as a racing venue, Long Beach will host the final, championship-deciding round of the season

Every year since 2011, IndyCar has presented its series champion the historic Astor Challenge Cup trophy – a prize first presented to the winner of the Astor Cup races in New York from 1915-1916. And, barring a catastrophic misfortune, it is all but certain that Chip Ganassi Racing driver Álex Palou will lift the Astor Cup at the conclusion of Sunday’s race.

Palou’s second place finish in the previous race at Laguna Seca has put him 35 points ahead of McLaren SP Racing driver Patricio O’Ward in second, and 48 points ahead of two-time series champion Josef Newgarden of Team Penske in third. If Palou finishes 11th or better at Long Beach, he will clinch the championship even in the event that either O’Ward or Newgarden win the race from pole position and lead more laps than anyone else.

But while the numbers suggest that the 24-year-old Spanish sophomore is a statistical shoo-in to become IndyCar’s newest series champion, Palou isn’t taking anything for granted going into Long Beach. “Obviously, that helps knowing that we have a good margin instead of needing to win [the race] to get the championship,” said Palou after Sunday’s race at Laguna Seca. “That means we did a really good job so far. So I’m happy with that.”

“In IndyCar you cannot relax at any moment. We just [need to] keep doing what we’ve been doing: Race hard, race smart, and hopefully we can get that championship without needing to finish 11th or anything.”

While some may have preferred a closer contest going into the finale, but Palou insisted that it’s ‘more fun’ to know that he only has to finish 11th to wrap up the championship on a track that he’s never driven before. He put to rest most of the worries about being able to win at new venues when he took a defining victory in Portland two weeks ago. But street circuits are a discipline that Palou is still adapting to. His average finish at the four previous street races in 2021 is 10.5, which is right on the edge of that championship clinching 11th place that he needs.

Adding to that is the potential for a catastrophic mechanical failure or an accident early in the race. Palou suffered an engine failure at the Brickyard Grand Prix in Indianapolis last month, then was involved in a multi-car crash at Gateway Motorsports Park the following weekend. A repeat of such an event could blow the doors wide open for either O’Ward or Newgarden to try and overturn the points deficit.

Of the two outsiders, it’s more likely that 22-year-old Mexican driver O’Ward could overturn his 35 point gap to Palou and account for the slim chance of a change at the top of the table. He described his performance at Laguna Seca as “pulling off a miracle,” finishing fifth after a weekend-long struggle to find an optimal set-up, particularly on the harder primary compound tyres.

“If you told me after practice one, ‘you’re going to be fifth,’ I would be saying, ‘give it to me.’ That is the absolute maximum what we had this weekend,” said O’Ward. “We obviously needed more to close the gap. So we made it a bit harder on ourselves for Long Beach. I mean, we still have a shot. I know things can go south real quick in racing. All I can do is just send it in Long Beach, take the fight to the guys. I think that’s the only thing we can do now.”

“I’m going for the win in Long Beach, whatever it takes,” declared O’Ward at Laguna Seca. “I think our street course package is probably one of our stronger packages in terms of road courses, street courses, ovals, and short ovals. I think I’m pretty handy around a street course, so hopefully I can pull off something good and put us into contention.”

While 2021 has been a breakout season for his side of the McLaren SP team, O’Ward still admits that his team is still chasing the likes of Chip Ganassi Racing, who project to have three of their drivers – Palou, Scott Dixon, and Marcus Ericsson – finishing in the top five in the standings. “We’re here as underdogs. It’s the first time we’ve truly challenged for a championship of this magnitude, with this amount of competitiveness. I mean, I don’t think it’s ever been this stacked. We’re up against multi-time champions.”

“I think it’s been a fantastic year, I have to say. I’m very proud of what we’ve been able to accomplish. Really proud of how we’ve grown. But we’re not there yet. We need to keep pushing and we need to keep improving. I think when we find a little bit extra that we need, it should put us into contention of more wins just more frequently.”

O’Ward needs either a win or a second place finish, at minimum, to have any chance of claiming the championship. The easiest path to that would, of course, see O’Ward score the maximum 54 points available for the weekend: 51 for winning and leading a lap, plus one point for pole position, and two for leading the most laps.

But in the event of a tie-breaker, Palou holds the advantage in both second and third place finishes. Meaning that if O’Ward scores the maximum points, he still needs Palou to score 18 points or fewer.

O’Ward’s only Long Beach start in any series saw him finish 12th with Carlin Racing, and bookending O’Ward’s sensational weekend at Detroit – a third place finish in race one, and a charge to victory in race two – he has posted somewhat anonymous results in the other two street races this year: 19th at St. Petersburg, and 13th in Nashville.

As for Josef Newgarden, his path to a third championship is virtually non-existent. At minimum, he needs to win the race and lead more laps than any other driver, and that alone cannot secure the championship if Palou simply finishes inside the top 25. What’s more, Newgarden has never won in eight previous visits to Long Beach – though he has finished on the podium twice since joining Team Penske in 2017.

In his post race remarks last weekend, Newgarden tellingly made no mention of any championship implications, already resigned to runner-up in the table at best. “We’ll go to Long Beach now and try to get another win before the offseason,” he said.

Qualifying will be as critical as it’s ever been for a championship finale in IndyCar, and not just because of the bonus point that’s up for grabs. Long Beach is a tough circuit to overtake on track, and in the 36 previous IndyCar races at Long Beach, 18 of them have been won from either pole position or second on the grid.

Andretti Autosport driver Alexander Rossi has won the last two Long Beach Grands Prix from pole position, leading 151 out of a possible 170 laps en route to back-to-back victories in 2018 and 2019. His title shot ended long over, though he may well provide a spoiler for O’Ward’s vanishingly slim hopes of capturing the crown on Sunday.