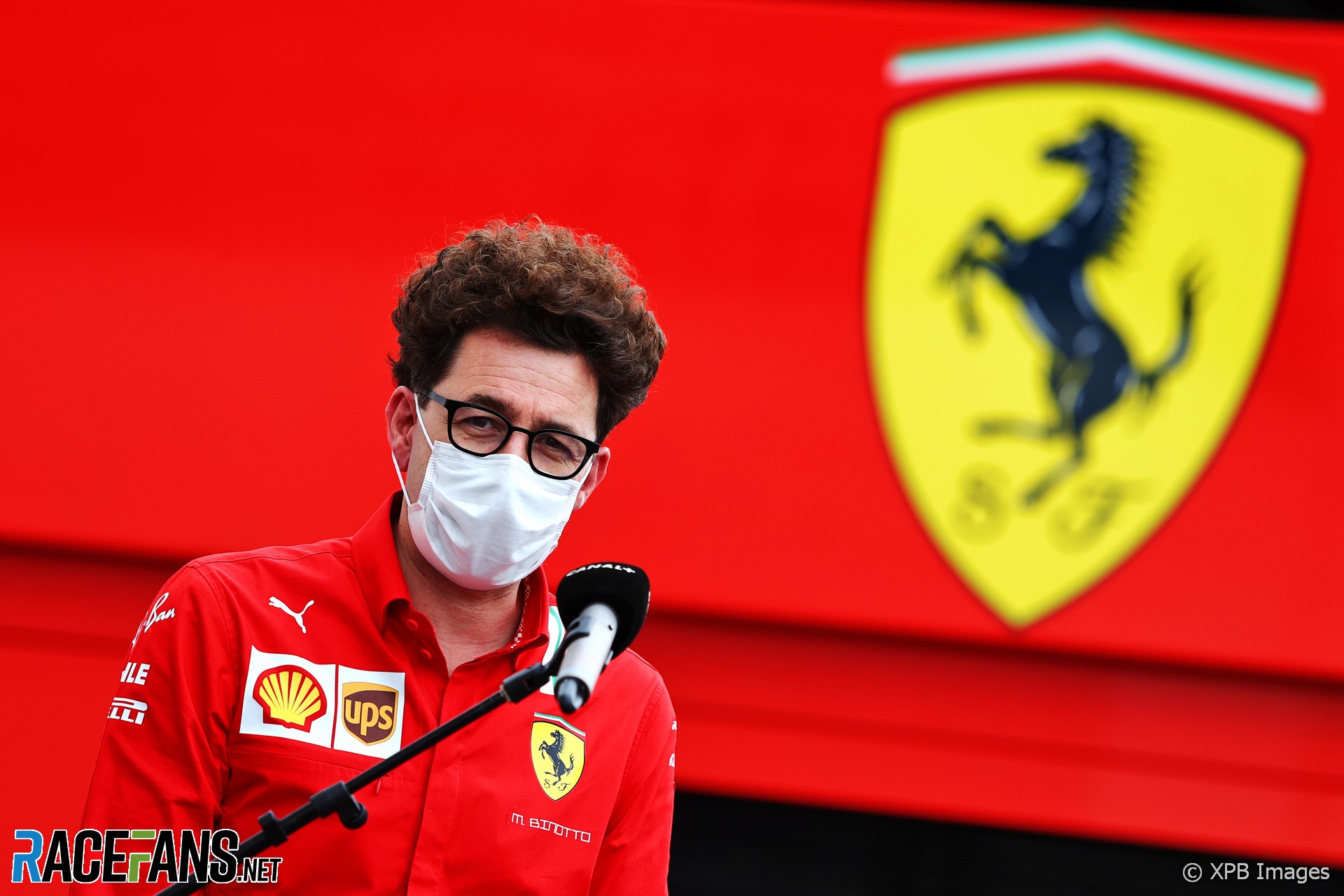 In the round-up: Mattia Binotto says all manufacturers involved in talks about Formula 1’s future power unit regulations agree the MGU-H should be dropped.

With talks on F1’s 2025-26 power unit regulations ongoing, Mattia Binotto said that every manufacturer represented in the discussion agreed that MGU-H would not be part of future regulations.

“Discussions have happened since the last meeting in Austria,” Binotto said. “Obviously on the next steps in the direction of defining the future of the power unit. So far the discussions we’ve had have been positive.

“Most of or all the manufacturers are agreeing on the track to remove the MGU-H. So we, as the others, are in agreement with that.

“There are a lot of details of it still to be discussed and agreed but I think that generally speaking, the discussion is moving on positively at the moment.”

Alonso: Alpine facing “ups and downs” for remainder of season

Fernando Alonso said that Alpine’s Monza performance had been a known low point but that the rest of the season would be hard to predict their potential over.

“I think there’s going to be ups and downs for everybody,” Alonso said. “We saw, in this triple header, that we are up and down in the level of competitiveness and on the grid.

“In Spa we were okay on the dry, we were not okay with the wet. In Zandvoort we were okay all weekend, [in Monza] we were not. So I think it’s track dependent and so I don’t know what’s happening in Russia, Turkey and Austin, how it’s going to be.

“I think it will be better. I would say that Monza was already in the calendar as one of the worst. We knew that. So we will see. In what was one of the worst weekends potentially it was a P7 and P9. That’s something that is our strength as a team to score points every Sunday.

"Headlined first by the Mercedes-AMG F1 W12 E Performance that currently leads the World Constructors’ Championship standings, the partnership is the latest example of a strengthened commitment by iRacing to adding the world’s premier cars and tracks to an already robust simulation experience."

"Christian Mansell will make his second Euroformula appearance this weekend at Monza, and will race for Motopark after previously driving for Carlin."

Hauger vs Doohan, who will come out on top in the Sochi title showdown (Formula 3)

"Doohan and Hauger arrive with comparable back stories. Both are second-year drivers who endured a difficult F3 rookie campaign. Hauger took just 14 points with Hitech Grand Prix, while Doohan failed to score any with HWA Racelab."

"This is not about putting kids and their parents off sport. I love sport. It’s a massive part of my life. This is about making it safer, so kids can enjoy sport more and participate in sport for longer. There is a huge drop-off across sports because of injury. Look at Formula One. Safety hasn’t made the cars go slower."

With politics around F1’s future power unit regulations in focus on Dieter’s column, Phil asks if the most problematic issue might be internal combustion?

It’s all quite a mess isn’t it. F1 has a major problem in that the engine technology it is using, and has always used, is essentially becoming obsolete. So it is scratching around trying to find a cost-effective replacement that is different from full electric.

Then the problem is that the only possibly interested organisations who can afford to develop whatever new technology is required are the major motor manufacturers. Why though should they be interested in doing this if the technology does not have some relevance to their main business, i.e. building and selling cars and it does not generate a decent return.

I don’t know the answer here. We don’t know what is going to happen with the new fuels being developed and how successful this will be, do we?

Surely the aim must be engines that are simpler in design and cheaper. Can they keep the essence of what they have but have it work with new fuels? I guess they have to or see F1 slowly drift into obsolescence.
@Phil-f1-21