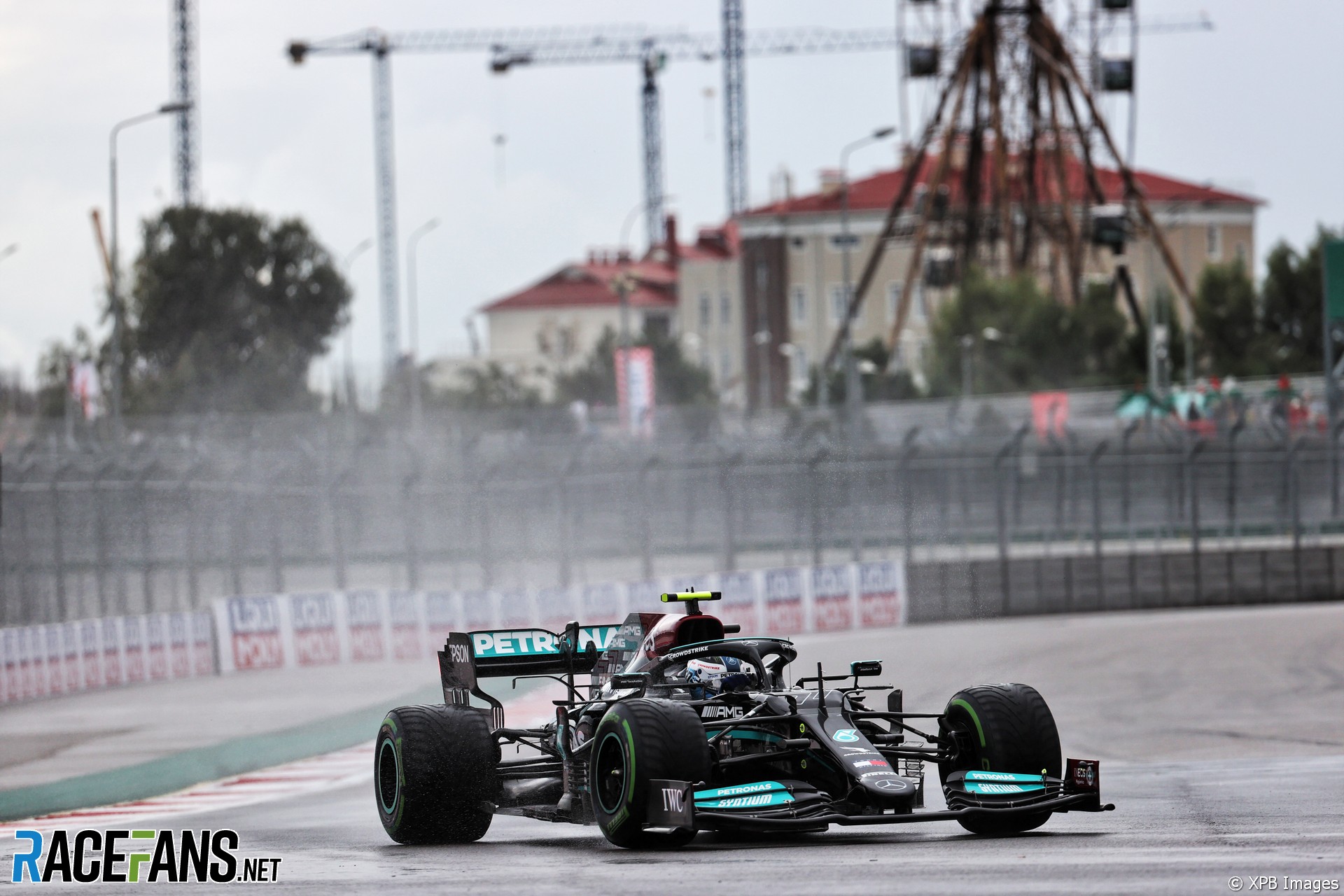 Valtteri Bottas said he lost the opportunity to do a second flying lap on dry tyres in qualifying for the Russian Grand Prix because of the time he lost waiting for his team mate’s car to be repaired.

Mercedes were one of the later teams to make the change to dry tyres during the final phase of qualifying on a slowly drying track. Bottas pitted after team mate Lewis Hamilton, who required a front wing change after hitting the pit wall on his way in.

While Mercedes mechanics pushed Hamilton’s car out of the way so Bottas could be released, Bottas was only able to enjoy a single representative push lap on the soft compound tyres, leaving him in seventh on the grid for tomorrow’s race.

Bottas says he feels he would have been able to improve on his result had he not been held up behind his team mate and had the opportunity of a second hot lap on the soft tyres.

“I need to review, but I think we came in maybe a bit late,” Bottas explained.

“Some others came in earlier for the slicks and we had the issue in the pit lane with Lewis’s car, so we missed having two laps – we only had one and you need more than one lap to get the tyres to work. So I think a second lap would have been quite a big step. I think that’s the biggest difference and disappointment today.”

The Mercedes driver says his dry tyres were only just coming up to their target operating range by the time Bottas completed his final flying lap.

“It felt really snappy,” he says. “Still the tyres were not up to temperature and that was the big issue. I just couldn’t really lean on the tyre.

“It was getting better and better throughout the end of the lap, I feel. But then there was a chequered flag.”

With Lando Norris, Carlos Sainz Jnr and George Russell securing the top three places on the grid having pitted for dry tyres earlier than Mercedes, Bottas believes the team should examine why they were among the last teams to make the call for dry tyres.

“When we came in, that was the first lap that I started to think ‘actually it could be slicks’,” Bottas explains.

“Then they asked me and I said, ‘yeah, let’s box’. We have to review – the discussion should have been earlier, that was my feeling. But I think the big issue was the waiting in the pit lane. I mean, that’s when we lost the having two laps instead of one and that cost us quite a lot.”