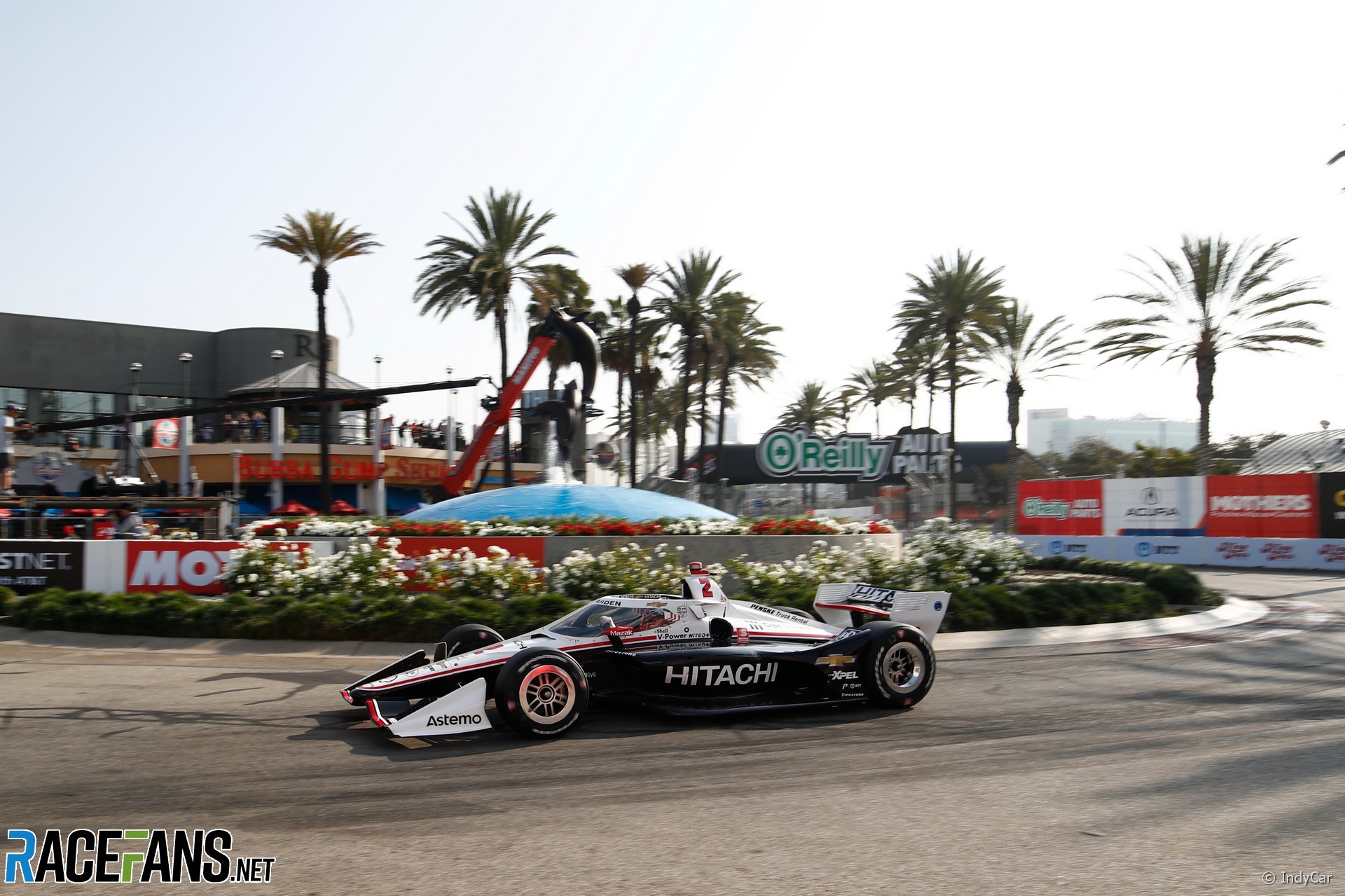 Josef Newgarden came into the Grand Prix of Long Beach weekend as the ultimate championship outsider, but a brilliant performance during qualifying brought Newgarden his fourth pole of the season.

More importantly, Newgarden’s pole position gives him a bonus point in the IndyCar Series championship standings, as he closes to within 47 points of championship leader Álex Palou – who along with second place Patricio O’Ward, missed out on a chance to advance into the Fast Six stage after a contentious decision by race control at the end of second round qualifying.

Will Power stopped off the racing line at the exit of turn ten following contact with the barrier at turn nine. Power had his fastest lap deleted for bringing out a local yellow at the end of the session, but several drivers were able to improve on their previous times despite having to pass through a local yellow flag zone. James Hinchcliffe was demoted from sixth to seventh and out of the Fast Six, while Ed Jones dropped down from eighth to ninth place.

O’Ward, who ended up in eighth place after the results of second round qualifying were made official, commented: “Palou had to slow in front of me – I slowed up because that’s what you have to do when there’s yellow flags, and…IndyCar is never consistent with their calls, and they need to review that, because we should be in the Fast Six.”

With seconds remaining in the Fast Six session, Newgarden jumped to the top of the leaderboard with a fastest lap of 1’08.224, to capture the pole position that he so desperately needed in order to boost his slim chances of winning his third series title in five seasons.

Newgarden can win the championship tomorrow if he wins from pole while leading the most laps of any driver. But he also needs O’Ward to finish third or lower, and for Palou to finish 25th or lower without leading a lap at any stage.

Palou, for his part, can still clinch the championship no matter where Newgarden or O’Ward place, if he finishes where he will start Sunday’s race in tenth. In fact, Palou just needs to finish 11th to clinch his first IndyCar title. O’Ward needs a minimum second place finish to have any chance at winning the championship from 35 points behind.

“We know we have a good race car, we can try and overtake some good race cars tomorrow,” smiled Palou after being eliminated from the session. “If we do a good job tomorrow, we’ll get that championship home! Otherwise, we cannot really focus on what the other cars are doing.”

Completing the rest of the first three rows of the grid for Sunday’s race are the outgoing series champion Scott Dixon in second, Indy 500 winner Hélio Castroneves in third, Simon Pagenaud in fourth, Felix Rosenqvist in fifth, and Rookie of the Year contender Romain Grosjean in sixth – seven places ahead of Scott McLaughlin in 13th.

Laguna Seca winner Colton Herta may have been a threat for pole position, but while trying to advance out of Group Two in first round qualifying, he broke the left rear suspension after contact with the barrier and could not improve on his time as other cars knocked him out. Herta will start 14th, one place ahead of Alexander Rossi – the two-time and defending Long Beach GP winner, who also failed to advance out of the first round in qualifying.

Green flag time for the Grand Prix of Long Beach is set for Sunday at 20:45 BST.