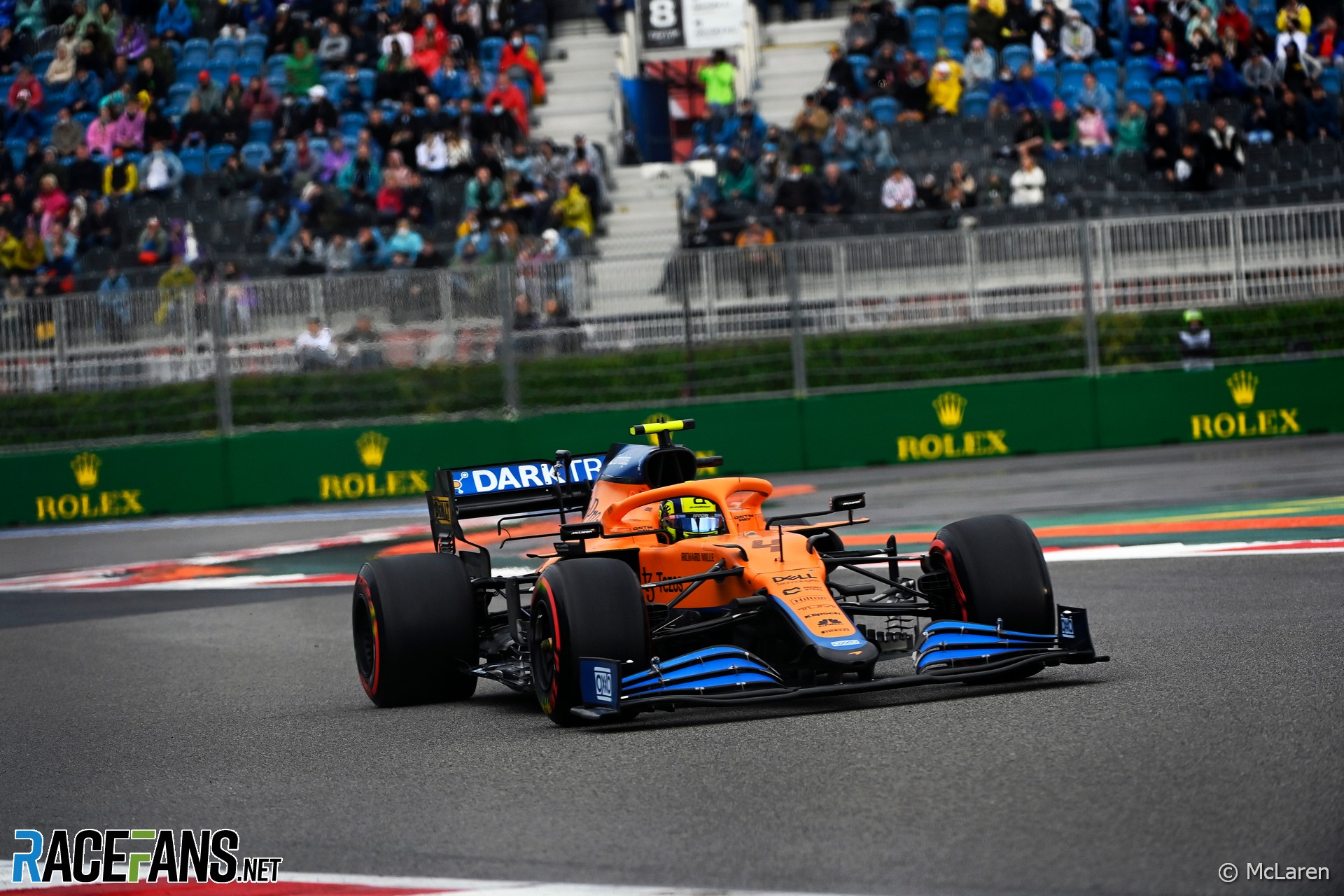 Lando Norris achieved his unexpected pole position for the Russian Grand Prix by gambling on a switch to slick tyres.

He wasn’t the first driver to do so: That was George Russell, whose early switch to the soft slick rubber was partly accidental.

But as Norris revealed after qualifying, he was keeping an eye on Russell’s progress on slick rubber using the video screens around the track.

Norris used the intelligence on his rival’s lap to get the best out of his slick tyres on what turned out to be a pole-winning run.

At one stage Norris’ engineer Will Joseph gave him a breakdown of Russell’s sector times on his first lap on slicks and where he had lost time compared to his earlier run on intermediates. Norris said this gave him the confidence to attack harder on his flying lap.

“The difficult thing is now you have, I guess, in Q3, 10 of the best people on this day in Formula 1 in the world [trying to] put these laps in. So you can’t just drive around under the limit and know what to expect. Sometimes you’ve got to push it over and just find out if you made it once you’ve gone through the corner.

“So there was plenty of corners where I thought I might have gone in a bit hard here and it’s all going to go rather wrong. But it didn’t so that’s just, I guess, the level you’re got to be at to be in this position. So I’m happy I took those risks and made those decisions because they paid off the way they have.”

The McLaren driver took pole position by half a second, but admitted there were several occasions on his final lap where he thought he had over-done it.

“Many times during the lap I thought it was all going to go quite badly wrong and you’re going to mess it up. Especially in the final chicane, 15-16, I think it is. It was still very wet in this section and I had quite a few big wheel spins and some big snaps. But I kept it cool and brought it home.”

10 comments on ““Watch Russell’s onboard”: How Norris kept an eye on his rival for shock Sochi pole”