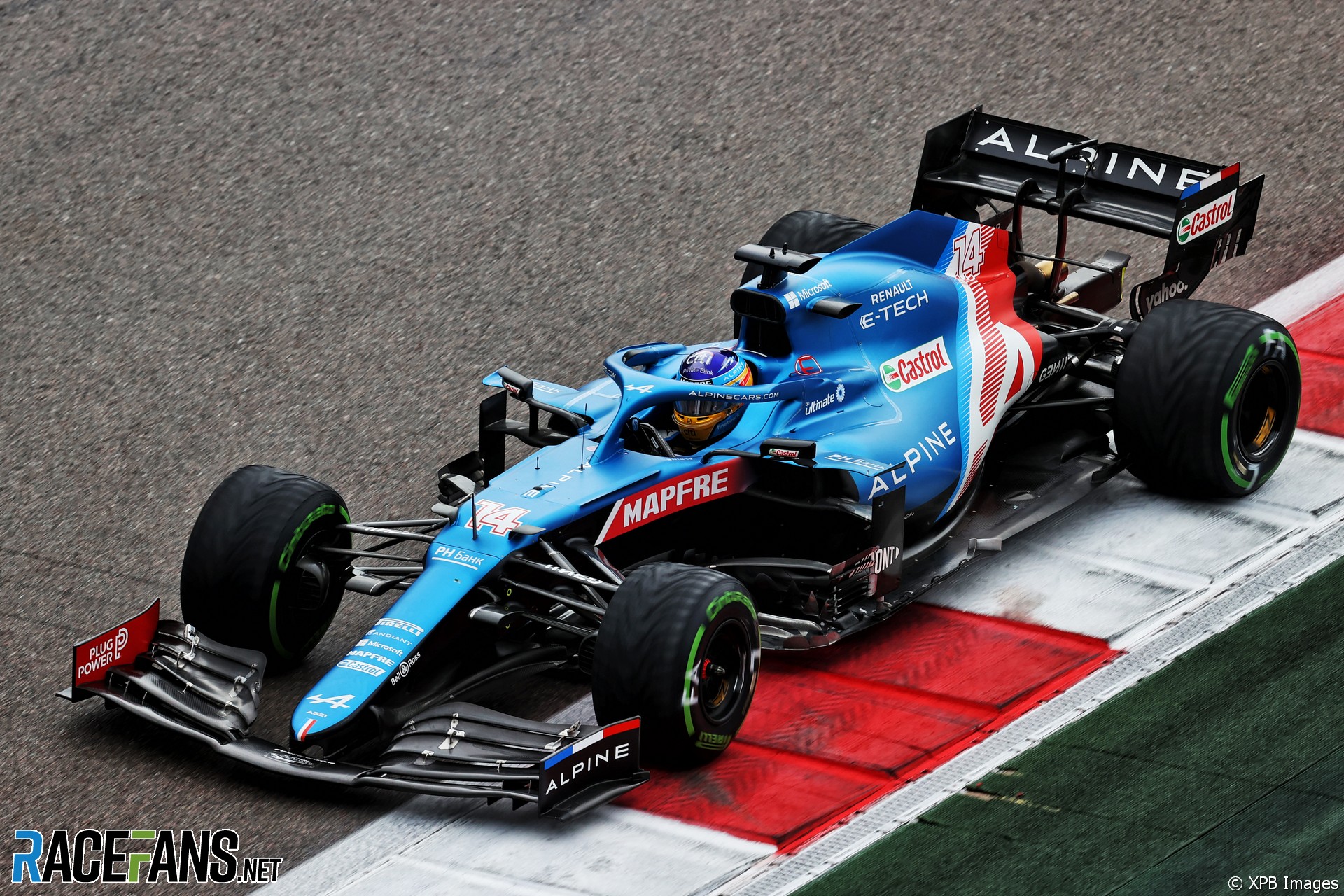 Fernando Alonso predicts it will be challenging to finish as high as he has qualified for today’s Russian Grand Prix.

Alonso will start from sixth on the grid, but is wary that several potentially quicker cars will line up behind his Alpine. They include seventh-placed Valtteri Bottas, ninth-placed Sergio Perez and even Max Verstappen, who is due to line up at the back of the grid.

“Bottas is starting behind – that will be very difficult to keep behind,” said Alonso. “Verstappen will come to us in the race as we saw in Monza Bottas started last and finished on the podium. So I think Verstappen will do the same type of things.

“That’s the the same comment, I guess, for the guys in front. We know that before [long] in the race you finish in your natural position. So we are aware of that.”

However, Alonso said Alpine’s main target was to keep ahead of their direct rival teams in the constructors’ championship, rather than to compete with faster cars.

“We are ready to fight and try to score points. Our main targets are Aston Martin and AlphaTauri for the remaining of the year for the constructors’.