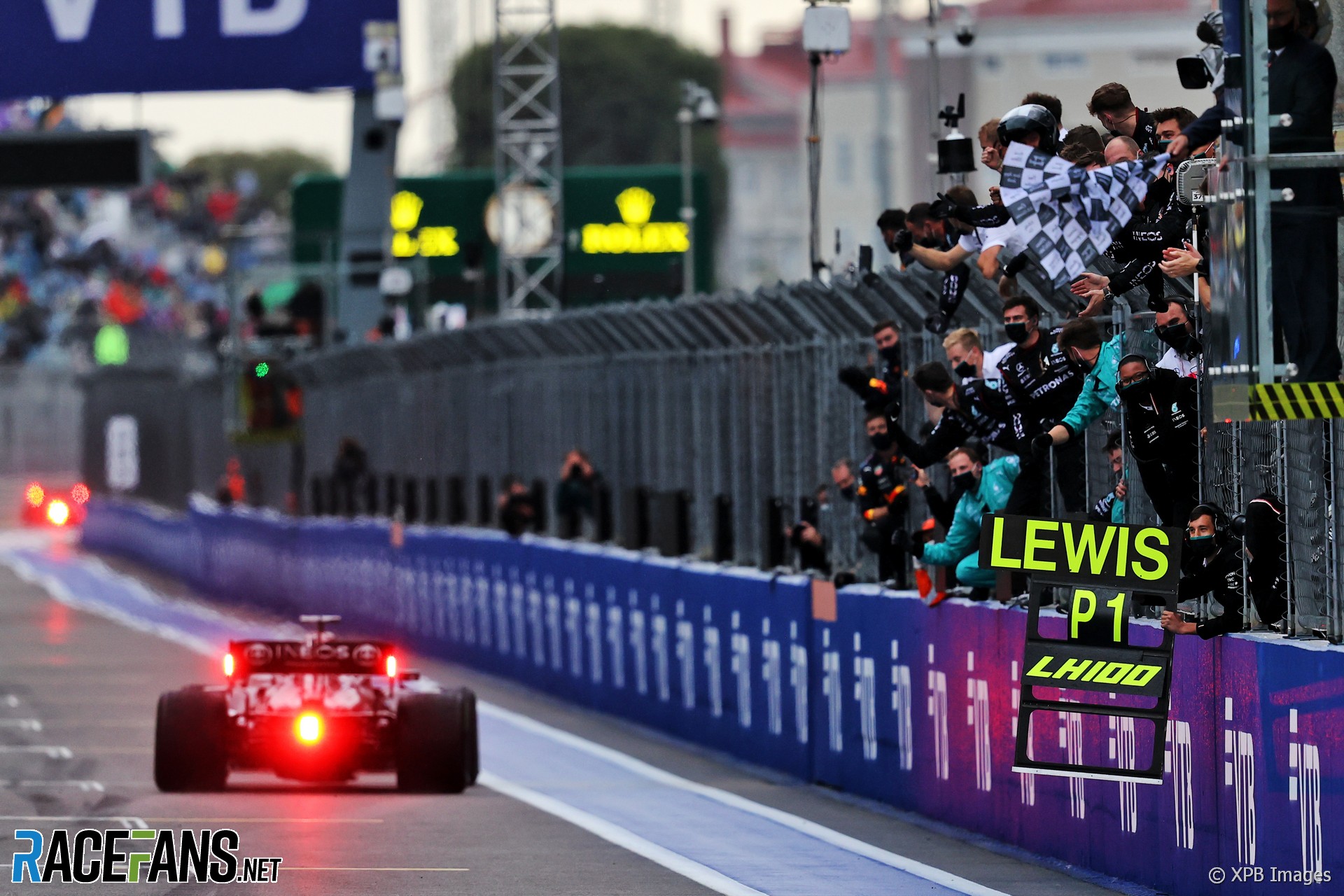 Lewis Hamilton says his Mercedes team deserve the credit for the decision to switch to intermediate tyres at the end of the Russian Grand Prix, which secured his victory in the race.

Mercedes twice called Hamilton in for intermediate tyres as rain fell at the end of the race. He came in the second time and took the lead of the race when Lando Norris, who stayed on slick tyres, spun ahead of him.

“I can’t take credit for that amazing decision,” said Hamilton after the race. “That was the team’s.”

He said he didn’t come in at first because he wasn’t convinced the track was wet enough for intermediates.

“It was slippery in [turn] five and a little bit in seven. But everywhere else the grip was pretty good.

“And Lando went off I think in five one lap and I was like, stay out, that’s going to most likely happen again, I’ll try and catch him up. And then they called me in and I was like he’s right there, I don’t want to… I’ve only got three laps to catch up 24 seconds. I was like, ‘no way’.

“So I wasn’t convinced the first lap. The next lap it was raining more and I was definitely more convinced then so I came in.”

Mercedes team principal Toto Wolff said running behind McLaren gave them an advantage when it came to making the crucial decision to pit.

“Obviously things got pretty erratic at that stage,” said Wolff. “I understand why it was so difficult for McLaren to take this decision to stay out of the coming in.

“As a leader, you can only lose. And we benefited from that today.”