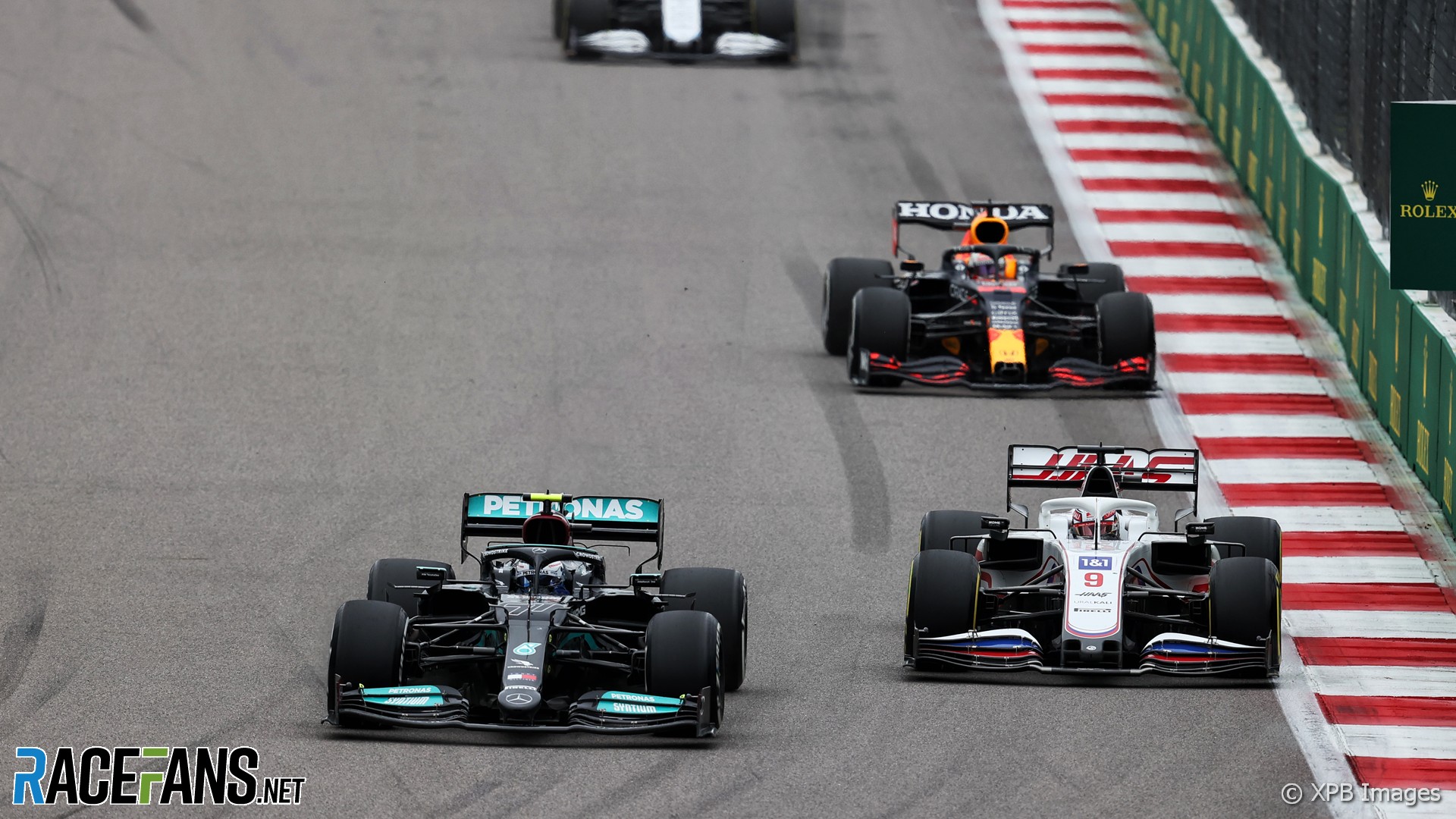 When Mercedes confirmed they were replacing the power unit in Valtteri Bottas’ car for the second race in a row at Sochi, a hue and cry went up on social media.

Bottas originally qualified seventh for the race but was relegated to 16th on the grid by the penalty Mercedes incurred by changing parts of his power unit. They fitted his fifth engine, turbocharger and MGU-H of the season, moving him further past the maximum allocation of three per driver. Mercedes said the change was made for “tactical” reasons.

In response, accusations flew that the team had chosen to sacrifice Bottas in order to help Lewis Hamilton keep his championship rival Max Verstappen behind.

This claim rested on the assumption that Bottas would contain Verstappen during the race. If that was his mission, he failed, for on the sixth lap Verstappen nosed down the inside of the Mercedes at turn 13 and Bottas offered not a hint of resistance.

You couldn’t accuse Red Bull of being reluctant to criticise their championship rivals this year, but they weren’t among those claiming Mercedes had sacrificed Bottas. Verstappen was asked during the pre-race drivers’ parade if he thought they were trying to interfere with his race and demurred. “You’d have to ask them,” he said.

Team principal Christian Horner, speaking to media after the race, also passed on the opportunity to stick the boot in. He also pointed out Bottas was scrupulously fair in dealing with Verstappen when they met on the track.

“I’m not aware of the reasons why,” said Horner. “It was stated ‘tactically’ before the race.

“I thought Valtteri was fair with Max when they were racing wheel-to-wheel. He didn’t lose any time passing him. And that was an important move in the race.”

Horner’s team have already exceeded the power unit allocation for both their drivers, partly due to damage, and suggested Mercedes’ change for Bottas was due to similar reasons.

“Obviously they’ve got issues like all of us are managing. We’re very much focussed on our own issues rather than Mercedes.”

After the race Mercedes gave a similar explanation to Horner, referring to concerns over the state of their power units. They also said that, in retrospect, they would have reconsidered their decision to swap Bottas’ engine parts had they realised how difficult overtaking would be at Sochi.

This was the second race in a row Bottas has been moved towards the back of the field by a power unit change. At Monza he climbed from 20th to finish third, but at Sochi he was heading for a non-scoring finish until a late rain shower gave him the opportunity to move up the order.

The team’s head of trackside operations Andrew Shovlin said they wanted to change the power unit on the number 77 car in order to inspect it. But he admitted they might have waited for a later race to do it had they thought Bottas would find overtaking so difficult.

“That power unit we need to do further investigation on and just have a look at it back at Brixworth. But it was simply a case of looking at where he was qualifying, thinking that we might need to take another at some point. We just decided to go for that and put a new power unit in.

“But saying that, when we made the decision, we thought it would be a race where we could recover more easily than we did. I think knowing how hard it was to overtake, we might have taken a different view on that.

“But it was really just a case of, with the wet qualifying and not having performed at the level of the car, we felt that would be the logical time to take it.”

Shovlin said the drop in temperatures at the track between Friday and Sunday made it more difficult to overtake in the race than expected.

“[In] the cooler conditions the front tyres were having a tough time, we were understeering a bit. Whereas on Friday the rears were really the axle that was suffering the most, here it was the front.

“When you can’t follow in those last four corners, then you can’t get close enough to overtake. It was really down to car balance. But I think that the cooler conditions were actually making it more difficult rather than easier.”

No doubt some Formula 1 teams have done more cynical things than change one driver’s engine early – or unnecessarily – to help their team mate in the championship. And Bottas has leant Hamilton a hand in Sochi before. But this doesn’t necessarily mean that’s what happened this time.