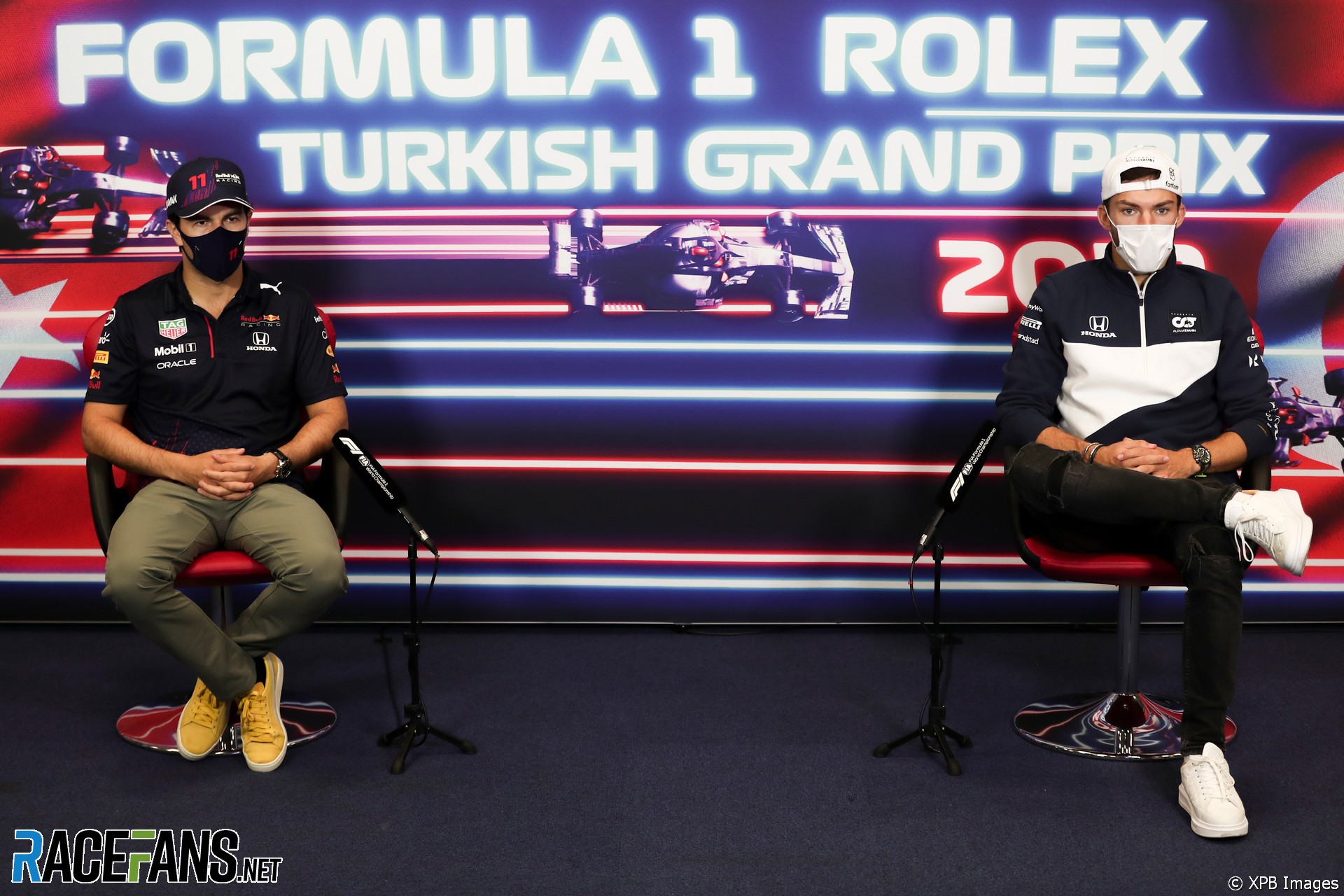 Pierre Gasly felt his performances at AlphaTauri this year had made a strong case for him to earn a return to Red Bull.

However, the team he drove for in the first half of 2019 announced in August Sergio Perez would remain with them for a second season. Perez had been informed of his new deal several races earlier.

Gasly returned to Toro Rosso – now AlphaTauri – after losing his place at Red Bull just 12 races into his first season with the team. He said his performances this year had given him hope the team would rehire him for next season.

“I’m performing at a better level, more experienced and I felt that, based on this year, I could have deserved a better chance,” said Gasly. He took a podium finish at the Azerbaijan Grand Prix, which Perez won, and has now scored 66 of AlphaTauri’s 84 points. However Red Bull opted to keep Perez and Gasly at their respective teams for 2022.

“That’s the decision,” sad Gasly. “It doesn’t stop my motivation. I’ve been in Sergio’s position.

“As part of a career perspective, my goal is to be in Red Bull and there is no surprise for that. I want to be in the car which will allow me to fight for wins and podiums, and that will always be the target because that’s what I’m working for every morning, working on myself, trying to be a better driver, win races and that’s the goal.

“They made a decision. I’m happy for them and they’re having a very successful season. I’ll keep pushing and try to get my chance in the future because that’s what I want, I want to fight for a world championship.”

Speaking alongside Perez in today’s FIA press conference, Gasly stressed his comments were not intended as a criticism of his rival.

“Nothing was related to Sergio, it’s more my case and the relationship that I have with Red Bull in my personal contract and for my future,” he said.