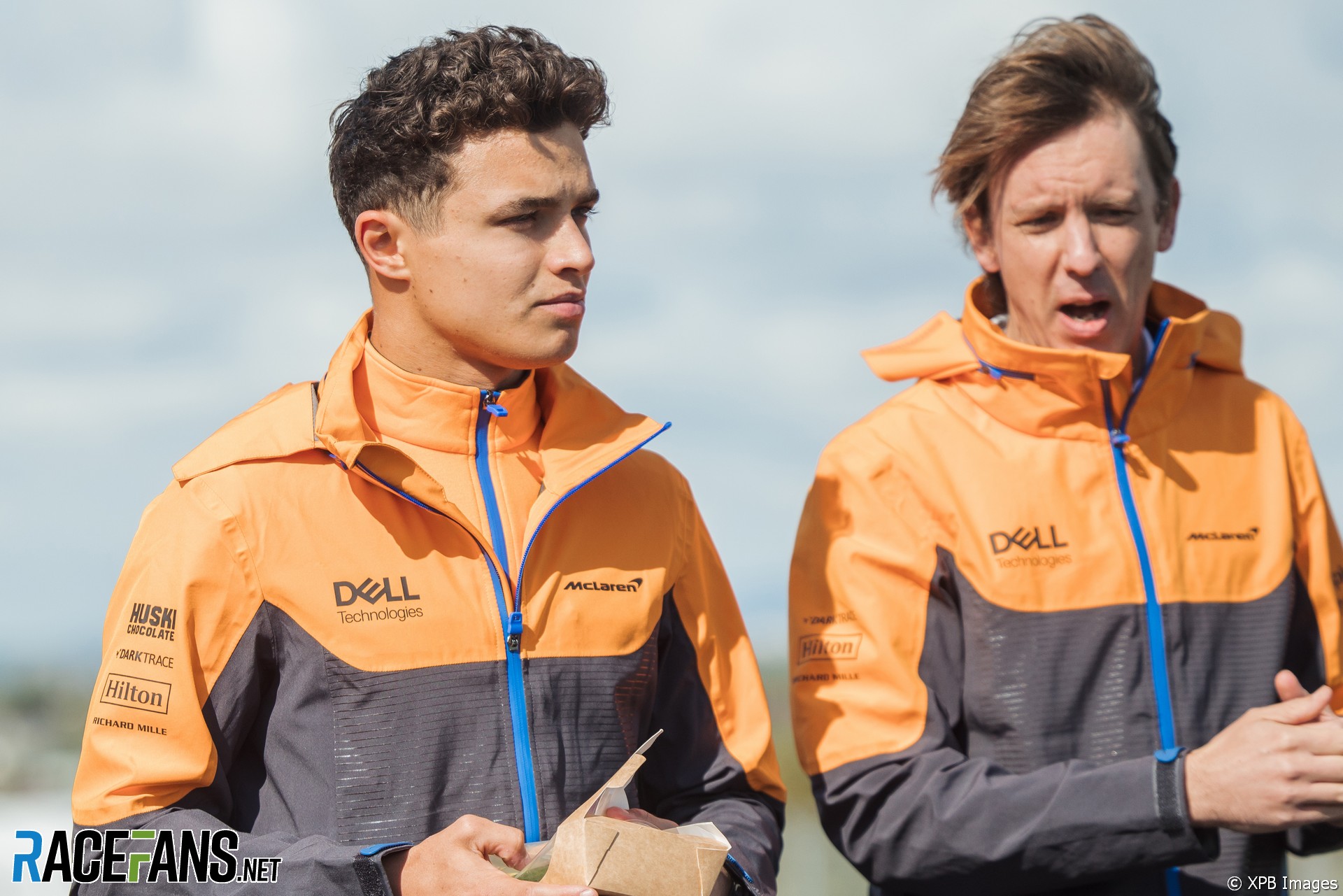 Lando Norris said the highs and lows of the last two races would have affected him more severely two years ago, but he is “mentally in a much better place” now.

The McLaren driver lost a likely win in the final laps of the last race in Russia having started from pole position. He had been beaten to victory by his team mate at the previous race as McLaren ended an eight-year win drought.

Norris, who recently revealed he experienced self-doubt and mental health challenges after his F1 debut in 2019, said the last two races would have made a stronger impression on him when he was a rookie.

“How would I have coped with the last few races if I was me two years ago I think is a very difficult one to answer,” said Norris today.

“I think there would have been two very good things, more because at that point you would have taken the positives a lot more than maybe the negatives.”

He said he’s “at a much better level” of performance now and “there’s still plenty of things for me to improve on, but there’s less things.

“Therefore you start to see the glass the opposite way and you start to see more the negatives as well. But I think I just would say I don’t let it affect me as much now as what I did back then. Both good things and bad things. That’s a good thing in a way, and it’s kept me a lot more balanced and mentally in a much better place.”

McLaren have given Norris a “massive amount” of help, he said. “They’ve always been there for me since since day one.

“They’re like my family in a way because I joined them at a good age where they’ve been able to help me become the person I am now. It’s not like I’ve just joined them and I’m there. “They’ve helped me become a much better person.”

He’s also worked with mental health charity Mind who’ve been “in the background with many things.”

“For me, it’s been crucial even to have the performance I have on track nowadays,” he added. “Sometimes an answer can be a lot more simple than you think.”

He said he’s been paying attention to surrounding himself with the best people to get the most out of himself. “Just having the right people around you all of the time can be crucial.

“Having good mates that I grew up with for many years, just spending more time with them, getting kind of rid of the people you maybe don’t enjoy spending so much time with. It can be those such simple things which can make a big difference in life and can make you see in a very different way and make you enjoy it a lot more.

“So that’s kind of almost the biggest thing which has helped me, is just being around the people which are always there to help me rather than people, which are just there because they want to be friends of just the position that you’re in.

“But I’m much better now and feeling confident and excited for this weekend.”