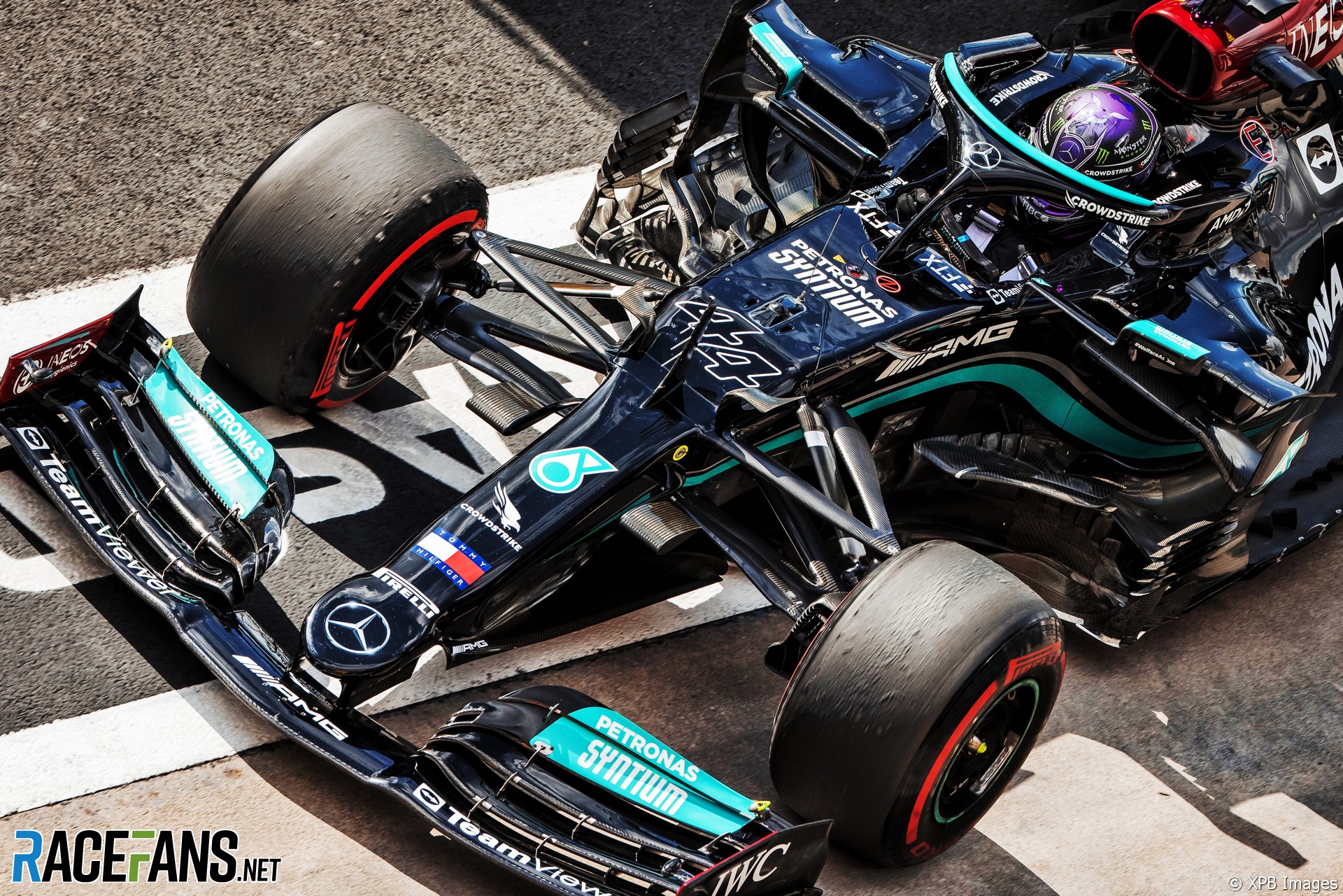 Mercedes had no choice but to replace Lewis Hamilton’s engine this weekend due to their reliability concerns, Red Bull team principal Christian Horner believes.

Hamilton has been given a 10-place grid penalty after exceeding his maximum allocation of three internal combustion engines this weekend. The Mercedes driver said on Thursday he still had two useable power units, but Horner believes Mercedes had to make the change he did.

“I think it was probably, from what we understand, more of a forced choice rather than a selected choice,” Horner told Sky. “We’ve seen they’ve had issues with some of their other teams as well.” Hamilton’s team mate Valtteri Bottas is on his fifth power unit while Williams-Mercedes driver Nicholas Latifi had his fourth fitted at the last weekend.

“It doesn’t affect us and what we’re doing but it shows how tight and tough it is to get to the end of the season on three engines, that neither of us have managed,” Horner continued. “Hopefully we can do it on four.”

Both Red Bull drivers have already exceeded their maximum allocation of power unit parts having suffered damage in crashes earlier in the year. Horner is hopeful their decision to change complete units will pay off.

“You can do all the sims and modelling you like and then something variable happens,” he said. “There’s no such thing as total stability of a situation like you have in a simulated world, to the end of the year. There could be other twists and turns in this. Let’s wait and see.

“Obviously we’ve taken a penalty, we’ve put ourselves into a good position. We’ve taken the additional parts as well, the battery, the MGU-K, the H. Lewis has just taken the ICE, the combustion, that obviously is less of a penalty but it’s still going to put a lot of stress on those other components to the end of the year.”