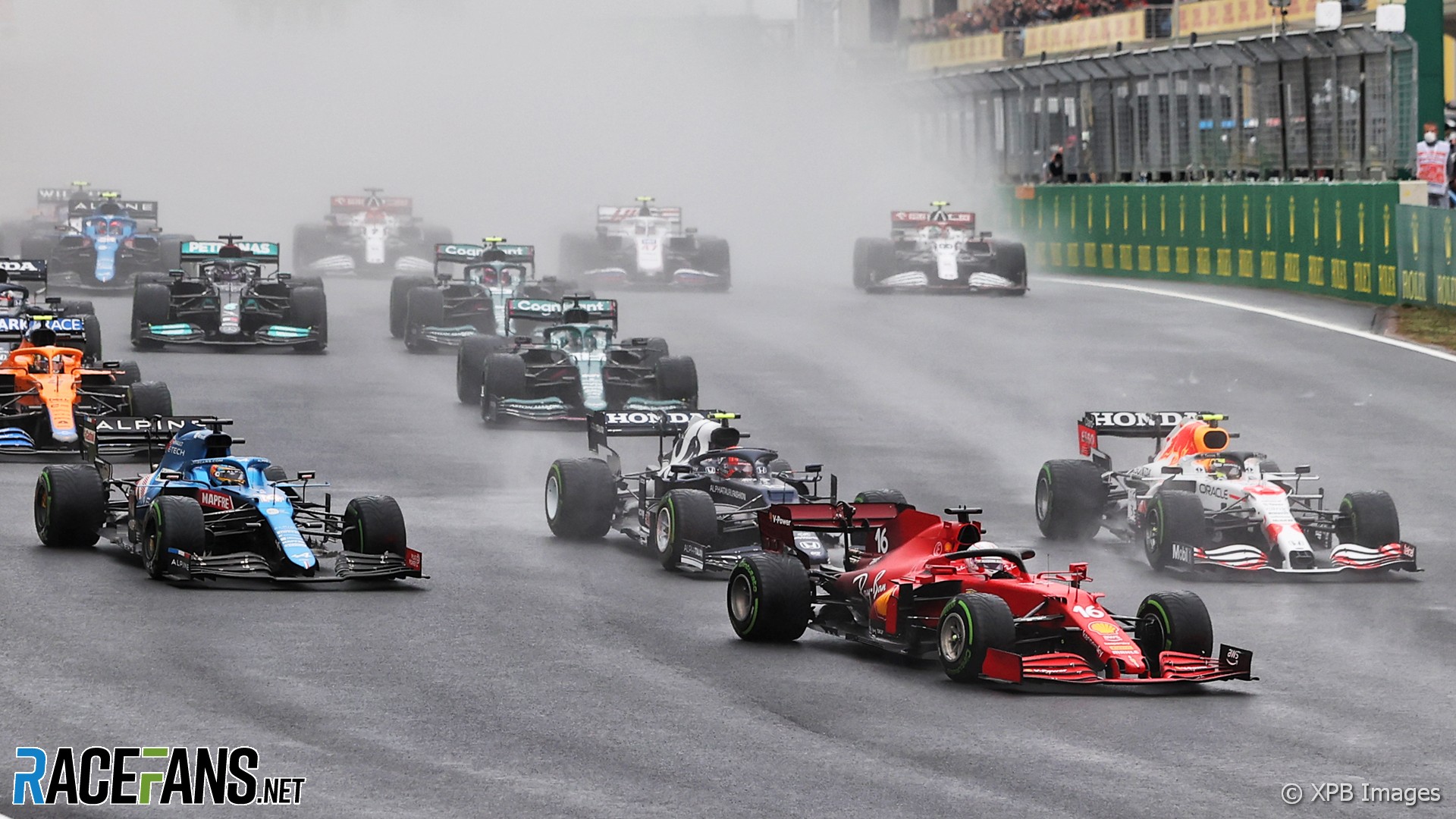 Pierre Gasly was given a five-second time penalty, and two penalty points on his licence, after knocking Fernando Alonso into a spin at the first corner. Were the stewards right to penalise the AlphaTauri driver?

The collision happened at the exit of the first corner. Alonso had started from fifth place and was trying to pass Gasly, who lined up fourth, on the outside.

At the exit of the corner, on a slippery track, Gasly’s front-right wheel made contact with Alonso’s left-rear, knocking him into a spin. Gasly continued, though he lost a place to Sergio Perez who had been on his inside at the corner, while Alonso fell towards the rear of the field.

Gasly said “I was sandwiched” as he accelerated away from turn one. Alonso pinned the blame on his rival, exclaiming “what a stupid guy, Gasly”

“For me it was tight with Sergio inside me and then Fernando was also on the outside,” Gasly explained afterwards. “So obviously there wasn’t much space.”

“To be fair for me, I don’t really know where else I could have gone,” he added.

Alonso wasn’t as critical of Gasly when he spoke about the collision to the media afterwards. “These things can happen,” said the Alpine driver. “Unfortunately it happened today, to us, while we were [in the] top five.”

Alpine executive director Marcin Budkowski said it was “super frustrating” his driver had been “pushed off” by Gasly. “I think the stewards judged that Gasly had enough space to move to the left and leave him space, which he didn’t do. But that’s racing.”

The original verdict issued by the stewards was revised in a subsequent document which was published three-and-a-half hours after the first one. Having originally described Gasly as being “predominantly” to blame for the collision, the “corrected” verdict stated he was “wholly” responsible for the contact.

The final verdict dismissed Gasly’s claim on the radio that he had been “sandwiched” between Perez and Alonso.

“Gasly tried to negotiate [turn one] with Perez on the inside and car 14 (Alonso) on the outside. Alonso was slightly in front of Gasly at the exit of the corner when both cars made contact, causing Alonso to spin. The stewards determine that Gasly was wholly at fault for the collision, as he did not leave enough space for Alonso on the outside.

“It should also be pointed out that the stewards do not consider this incident as an unavoidable lap one turn one contact between two cars, as Gasly was not sandwiched between two cars when he touched Alonso’s car.”

Incidents which occur on the first lap have previously been treated more leniently by the stewards. However FIA Formula 1 race director Michael Masi explained a decision was taken prior to the start of the season to take a tougher line in cases where one driver was considered wholly responsible.

“[Prior to] the first event, following discussions with the drivers and the teams is we [decided] to sort of ratchet back a little bit the ‘let them race’ principles in general. And one of them was first-lap incidents in general and if a driver was wholly to blame for an incident, then it would likely result in a penalty.

“The stewards determined that Pierre was wholly to blame for the incident and as a result, a five second penalty was imposed.”

Were the stewards right to give Gasly a penalty? Cast your vote below and have your say in the comments.

Do you agree Gasly deserved a penalty for his collision with Alonso?

42 comments on “Should Gasly have been penalised for first-corner tangle with Alonso?”