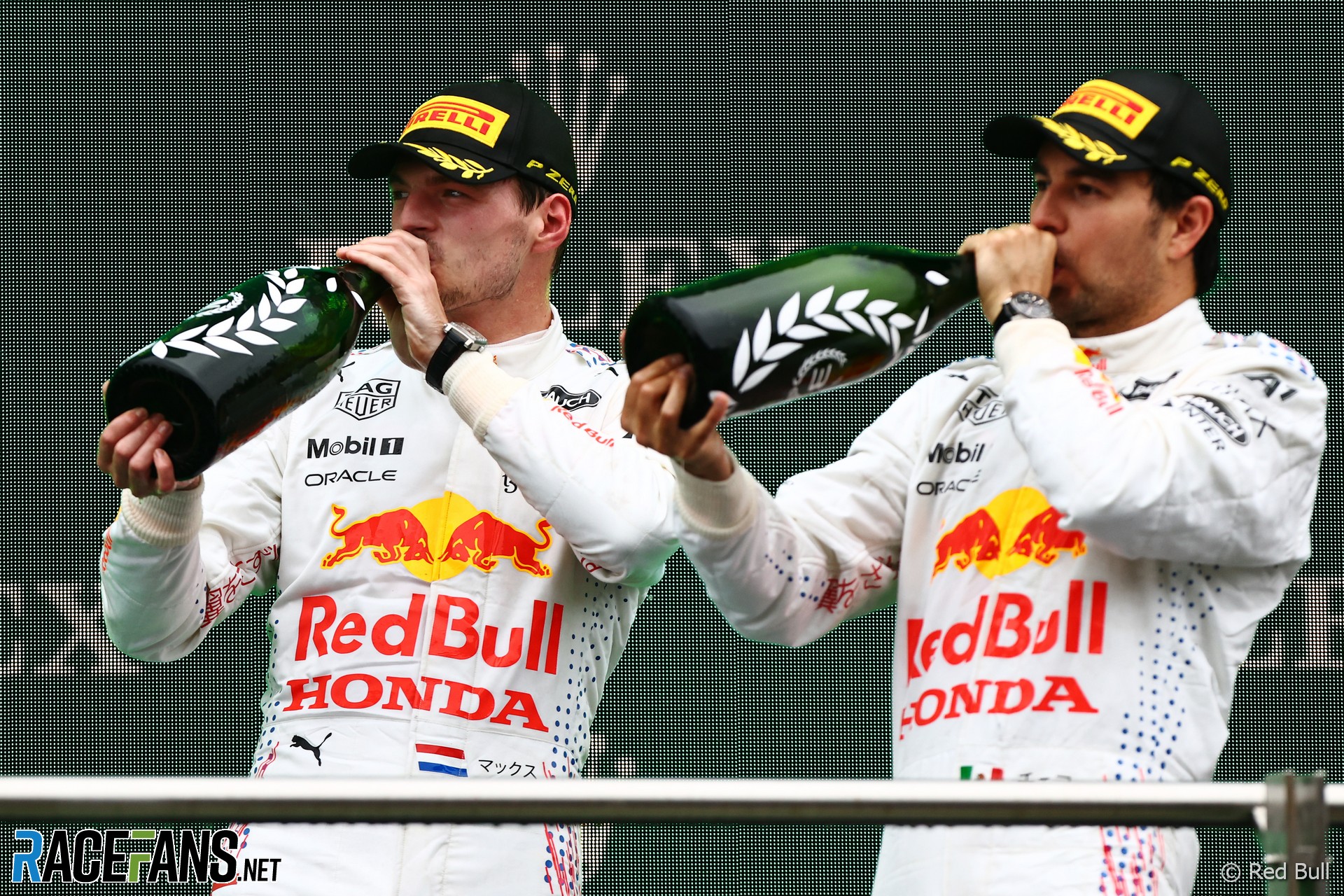 Sergio Perez says it’s difficult being the team mate of Max Verstappen as the championship leader performs at a high level and makes no notable mistakes.

Having joined Verstappen at Red Bull after last season, Perez said he is impressed with the level of performance his team mate can achieve in a car which is tricky to drive.

“It’s not easy being Max’s team mate because he’s at one with the car,” said Perez. “He’s really delivering at a very high level.”

Verstappen has maintained a consistent level of superiority over his team mate, regularly qualifying and finishing ahead of him, which Perez admitted has taken a mental toll.

“We’ve got a unique car in a way and it hasn’t been easy,” he said. “There’s no secret about it, but you need to be mentally very strong after each day and I think that’s one of my strengths, to take the most out of it and try to get the maximum out of every Sunday.”

The RB16B is “unique in a way that it’s something very different to what I was used to,” Perez explained. “Some cars are easier to adapt to than others, some drivers adapt easier [than] others.

“I had a difficult process to adapt to the car, but nothing too dramatic. It’s obviously a very good package and a very competitive one and Max is showing that this car is, if not the best, one of the best out there.”

Verstappen holds a six-point lead over Lewis Hamilton at the top of the championship standings. Perez believes his team mate “has been the driver of the season, to be honest, so far.”

“I think he has done the least mistakes of anyone out there,” said Perez. “He’s put things together at a very high level.

“The season, it’s still very long so we’ll see later on, so far I have been surprised in a very positive way on how he delivers without mistakes at such a high level.”

Asked whether Verstappen has any weaknesses, Perez said: “I’ll have to think about it, but I don’t really think there are. Not obvious ones, yet.”

111 comments on “Verstappen has no obvious weaknesses, it’s hard being his team mate – Perez”