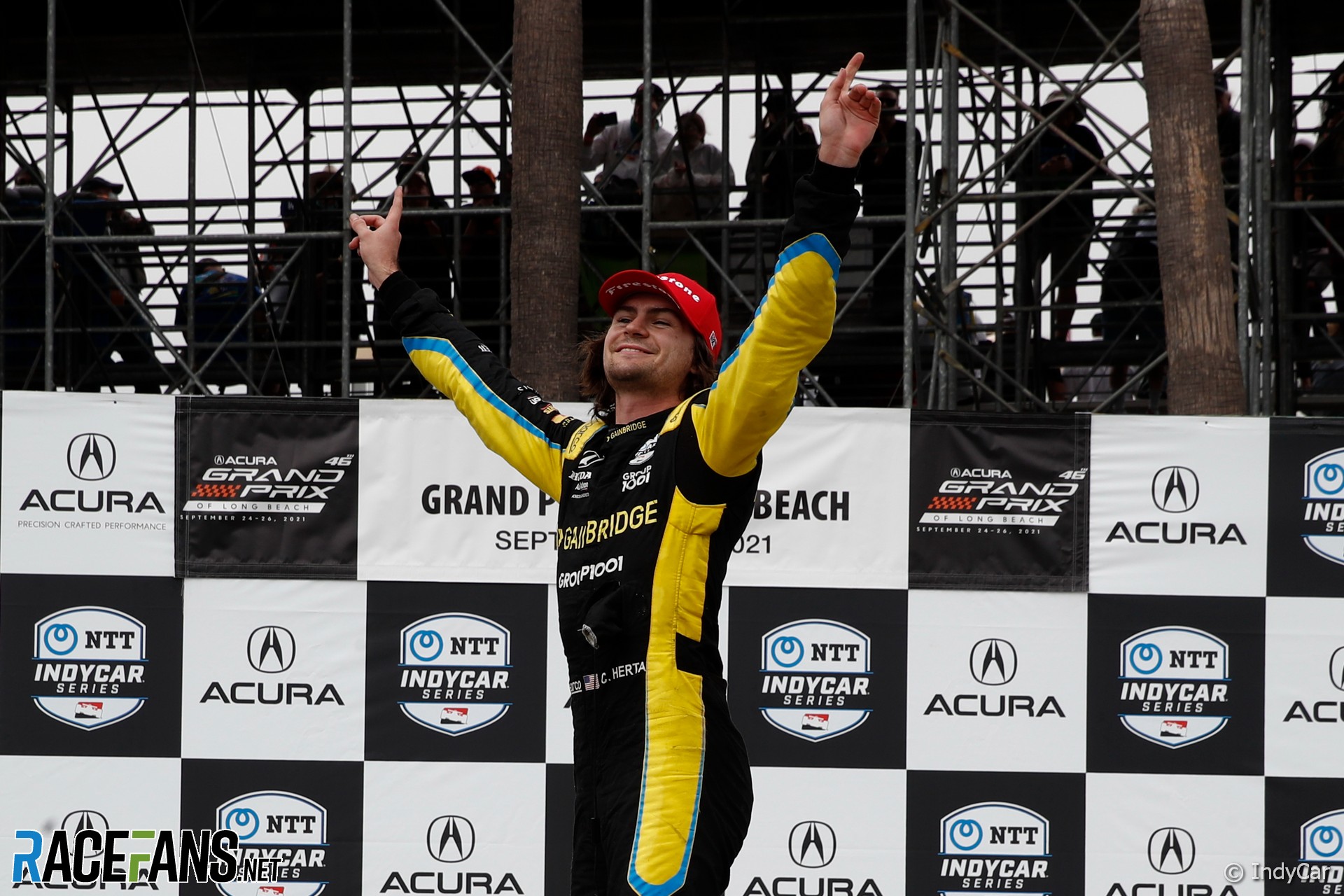 Colton Herta deserves to qualify for a Formula 1 superlicence based on his performances in IndyCar this year, his rival Patricio O’Ward told RaceFans.

The 21-year-old has been tipped to move into F1 in the near future as his Andretti team has been linked to a takeover of Sauber, which runs Alfa Romeo’s grand prix outfit.

However despite an IndyCar CV which includes six wins and seven pole positions, Herta remains eight points shy of the necessary 40 to qualify for an F1 superlicence. O’Ward believes this is because the FIA awards too few points for IndyCar compared to other series.

Compared to IndyCar, drivers’ results in F2 and even many finishing positions in F3 are valued the same or more highly:

A total of 124 superlicence points are given to IndyCar drivers per season compared to 128 in F3 and 201 in F2. But O’Ward believes IndyCar is one of the hardest championships to win in motorsport and many of its drivers could compete in F1.

“I understand Formula 1 is what people see as the highest tier, which it is in terms of technology and everything,” said O’Ward, who will test a McLaren F1 car at Yas Marina in December. “But IndyCar, based off talent, is not far off. And it’s probably the same amount of talent than in Formula 1.

“If there is a championship that is arguably the hardest to win in the world, I’d probably go with IndyCar just because it’s so competitive and there’s no series that’s close to it. In Formula 1 you’ve got very many talented drivers, but you don’t have them in all equal cars so they can’t really compete for championships rather than maybe three or four cars that belong to two different teams.

“So I do believe that IndyCar is very underrated, very undervalued. If I were to make the rules, I’d say at least the top three in the championship deserve 40 points because it is a very, very hard championship to fight in.”

Two-times IndyCar champion Josef Newgarden has previously said F1 “looks down” on the standard of competition in America, a view O’Ward echoed.

“It’s a little disappointing to see how people look down to it, and everything is always ‘Formula 1, Formula 1’,” he said. “Like why does everything have to be just one championship?

“There’s so many different series in the world that are very interesting and great and I feel like IndyCar is one of them. I feel like it’s very undervalued for what it is and for how much time and effort and just in general how hard it is to to compete there and to be competitive there it’s really, really tough.”

O’Ward says it would be a shame if F1’s superlicence points system prevented Herta from being able to take advantage of an opportunity to race in the series.

“I really hope that doesn’t limit Colton’s chance to get into into Formula 1 because I think he’s more than capable of being competitive there,” he said.

“But he’s more than capable of of being strong and I believe that he should get the chance if the opportunity is there for him. The limitation shouldn’t be the licence because sadly, there’s a lot more people that have a superlicence that are not up to the level of many guys that don’t have the superlicence and I feel like the system’s a bit odd.”