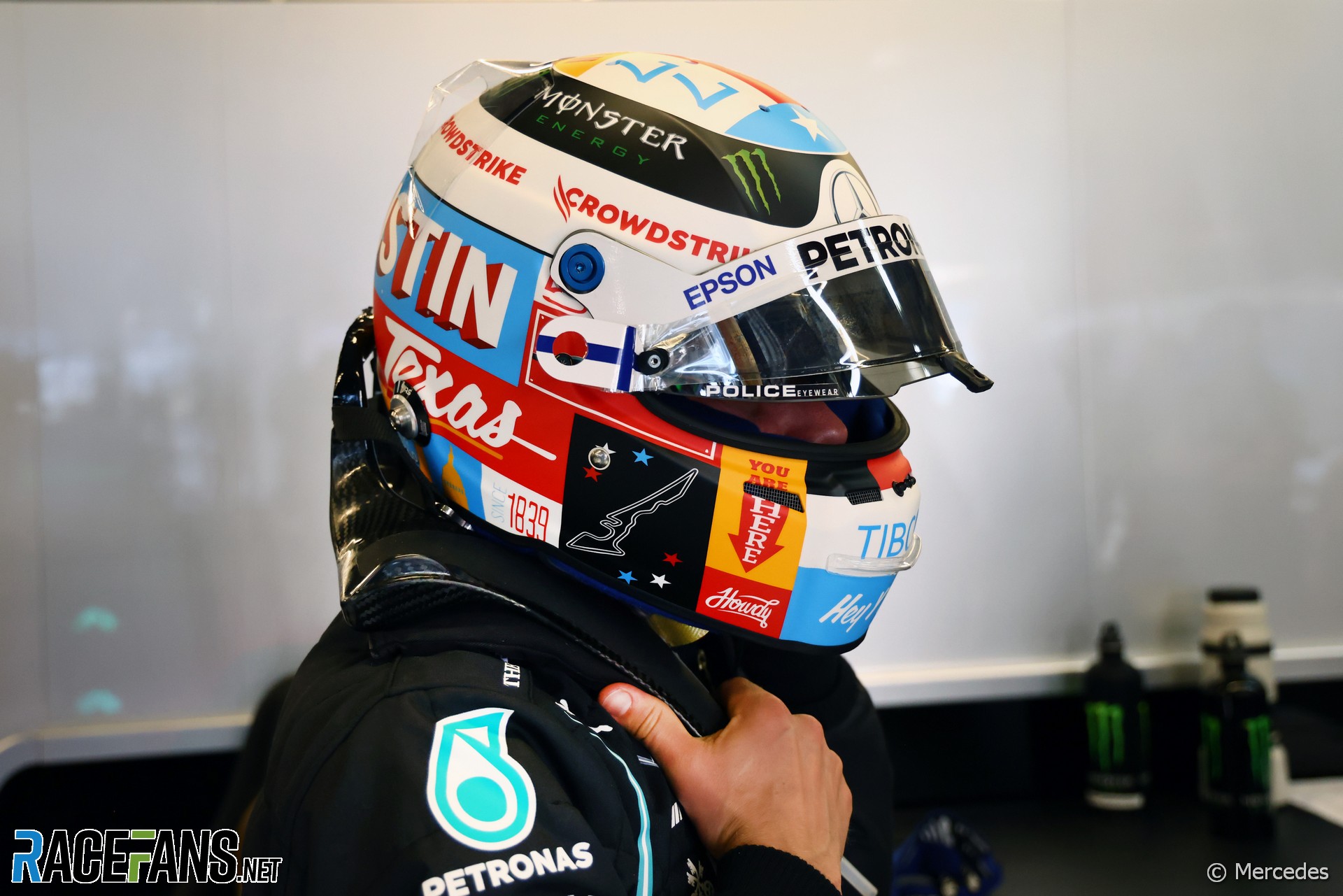 In the round-up: Valtteri Bottas says his third power unit change penalty in four races need not spoil his weekend in Austin.

COTA surface has lost “quite a bit” of grip – Bottas

Bottas has exceeded the maximum allocation of power unit components for the third time in four races, which means he will have a five-place grid penalty.

“It’s unfortunate that we have to take a penalty,” said Bottas, “but this time it’s a bit of a smaller penalty than some other time. So five places, I’m sure I can still have a good race from there.”

He said there was “still a lot of work to do with the set-up” due to changes in the track surface since F1 last raced at the Circuit of the Americas in 2019.

“It’s not the easiest to drive at all and it feels like in some places this track has lost quite a bit of grip. So then the balance is a bit inconsistent.”

No pressure on O’Ward for F1 test debut – Brown

Zak Brown is impressed with Pato O’Ward’s F1 simulator session with McLaren, ahead of his Abu Dhabi test debut in December.

“Pato’s a great talent,” said Brown. “He had a great IndyCar season, winning a couple of races, gave it a shot at the championship going down to the last race in Long Beach, is extremely fast, is quite a big personality.”

“It’s important that we don’t put too much pressure on him and see how he gets on,” Brown added.

Jamie Chadwick topped both W Series practice sessions, ahead of the double header title decider at COTA. In both sessions, she was followed in the ranking by Abbi Pulling and Beitske Visser.

The second session was stopped with five minutes remaining as Abbie Eaton spun on track and was unable to get going again.

W Series qualifying will be held after F1’s final practice, with drivers’ best times deciding their order for the Saturday race and second-best times setting the Sunday grid. Chadwick and Alice Powell go into the weekend tied on 109 points, with Powell ahead on countback. With a maximum of 50 available over the two races, Emma Kimilainen, the only driver to win a race this year aside from Chadwick and Powell, also remains in contention.

Alonso really, really should have pulled the car over to the side of the track and not just parked it on the run off line

Net-Zero since inception ✅ One of our biggest #sustainability accolades and one of which we are exceptionally proud.

Symonds: "We can imagine that the new cars at the start of the season are on average only half a second per lap slower than the current ones. And there could be a tie by the end of the season."

"The Victorian capital looks set to reclaim its pole position slot for 2023, ironically due to the same considerations which saw it pushed back to April next year."

Wolff: "My childhood was very much harmed by my father being very ill all of what I can remember whilst being a child. He was ill for 10 years before he died."

Although anyone who (closely) followed Formula E’s 2018-19 season might disagree, Sonny Crockett says Lewis Hamilton’s offhand suggestion of an Americas championship is actually pretty fun and gives more for teams and drivers to compete for.

The top points scorer in Europe could be crowned champion of Europe. The same for The Americas, Asia etc…

It gives drivers that might not be in with a chance of winning the driver’s championship the opportunity to fight for a trophy.
@Sonnycrockett