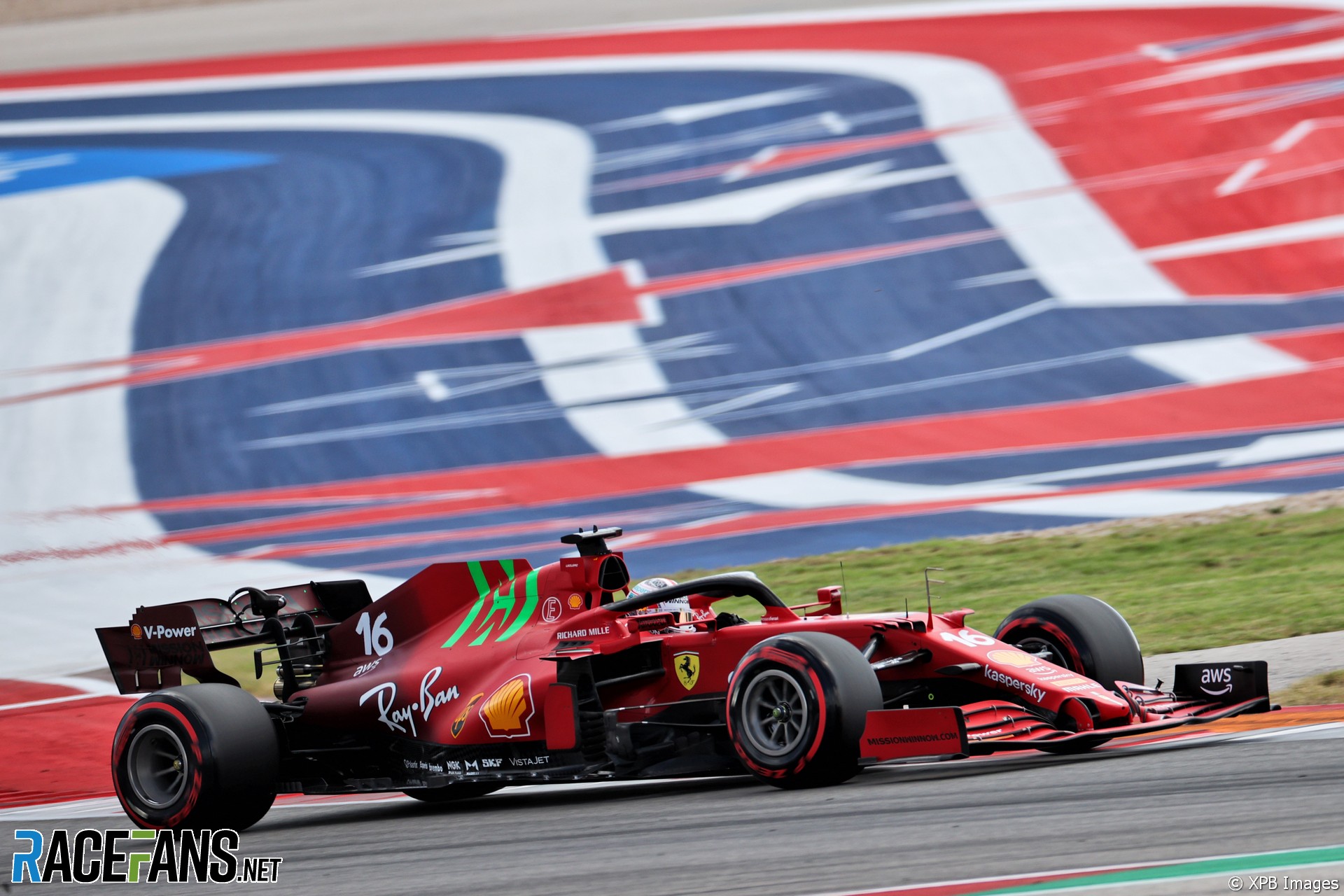 Charles Leclerc was surprised to qualify on the second row of the grid for the United States Grand Prix having expected Ferrari’s rivals McLaren to out-pace them.

He and team mate Carlos Sainz Jnr beat both McLaren drivers in qualifying. Leclerc took fifth on the grid but will start fourth after Valtteri Bottas takes his grid penalty.

“I’m very happy with today,” said Leclerc, “even though I was pretty happy with my P5 because I think P4 has a bit lower grip here. But it’s okay, I’ll take that.”

Before the weekend began Leclerc thought the Circuit of the Americas would suit McLaren better than Ferrari.

“It was a surprise because we expected the McLarens to be stronger than us this weekend on this track and it’s not the case for now,” he said. “We still need to do a good race tomorrow but it was a surprise for us to be in front of them in quali.”

He was also relieved to bounce back from a difficult final practice session. “It’s been a great end to a tricky day,” said Leclerc. “In FP3, I lost the confidence in the car especially in the second run of FP3 where I lost the rear end basically everywhere.

“Then through qualifying I gained that confidence again and managed to put that lap in the last lap. So I’m very, very happy.”

While Leclerc will start the race on medium compound tyres, team mate Sainz will use softs. Leclerc said he qualified on mediums in Q2 as he wanted to run that tyre first in case he couldn’t set a quick enough lap time and had to switch to softs.

“Because I was struggling a little bit in Q1 on my side we went on a medium a little bit early to then do the soft after that,” he explained. “I think Carlos was a bit more confident that he could do the lap on the second run with the medium. So that was the thinking behind that.

“But on my side, actually I took the confidence in Q2 and managed to do that lap the first lap in Q2 very well and we managed to go through with that medium, which was a good surprise.”

2 comments on “Leclerc surprised to qualify fourth: “We expected McLaren to be stronger””