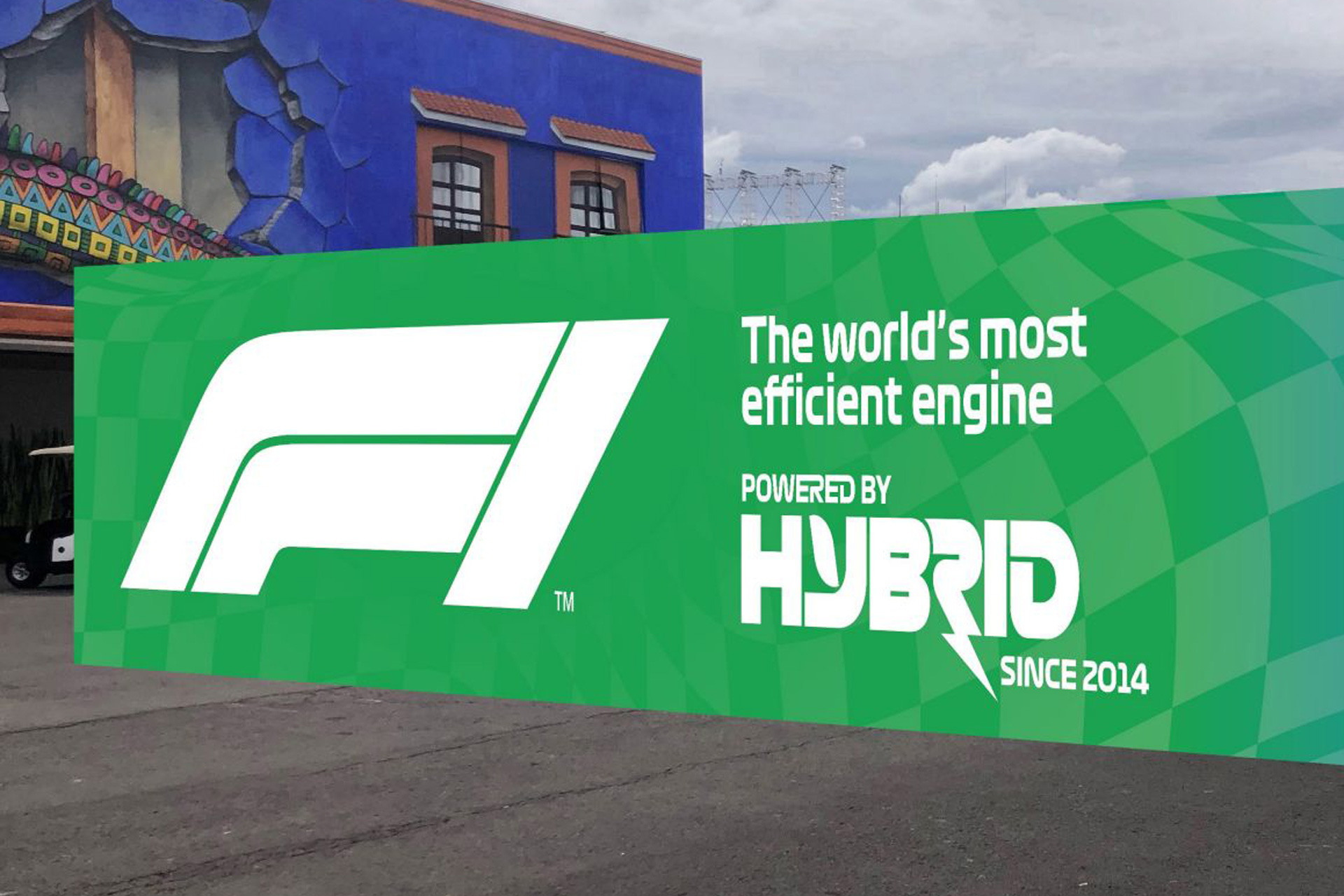 The series is eager to highlight the efficiency of the power units which it believes has not been successfully communicated since they were introduced in 2014.

F1 previously used normally aspirated V8 engines, introduced in 2006, which from 2009 included a hybrid element known as the Kinetic Energy Recovery System. These were replaced with the current, more sophisticated hybrids, which harvest power from both kinetic and thermal sources using an MGU-K and MGU-H.

Bernie Ecclestone, F1 CEO at the time of the introduction of the new rules, was a vociferous critic of the units and strongly opposed FIA president Jean Todt’s efforts to bring them in. Stefano Domenicali, who replaced Ecclestone’s successor Chase Carey as CEO earlier this year, said in Mexico: “We are going to start actually to remind all of us who we are” with the new graphics.

“We have today, since 2014, the most efficient hybrid engine and this is something that we need to remember.”

In the eighth year since the power units were introduced, they now achieve around 52% thermal efficiency compared to around 30% for conventional engines. This means far less of the heat energy produced by F1’s engines is wasted.

F1 plans further changes to improve the efficiency and sustainability of its power units. This will include the introduction of new technical regulations in 2026, and a switch to synthetic fuel in 2030.

The new branding will be displayed around the television pen, paddock and hospitality areas at Interlagos this weekend.