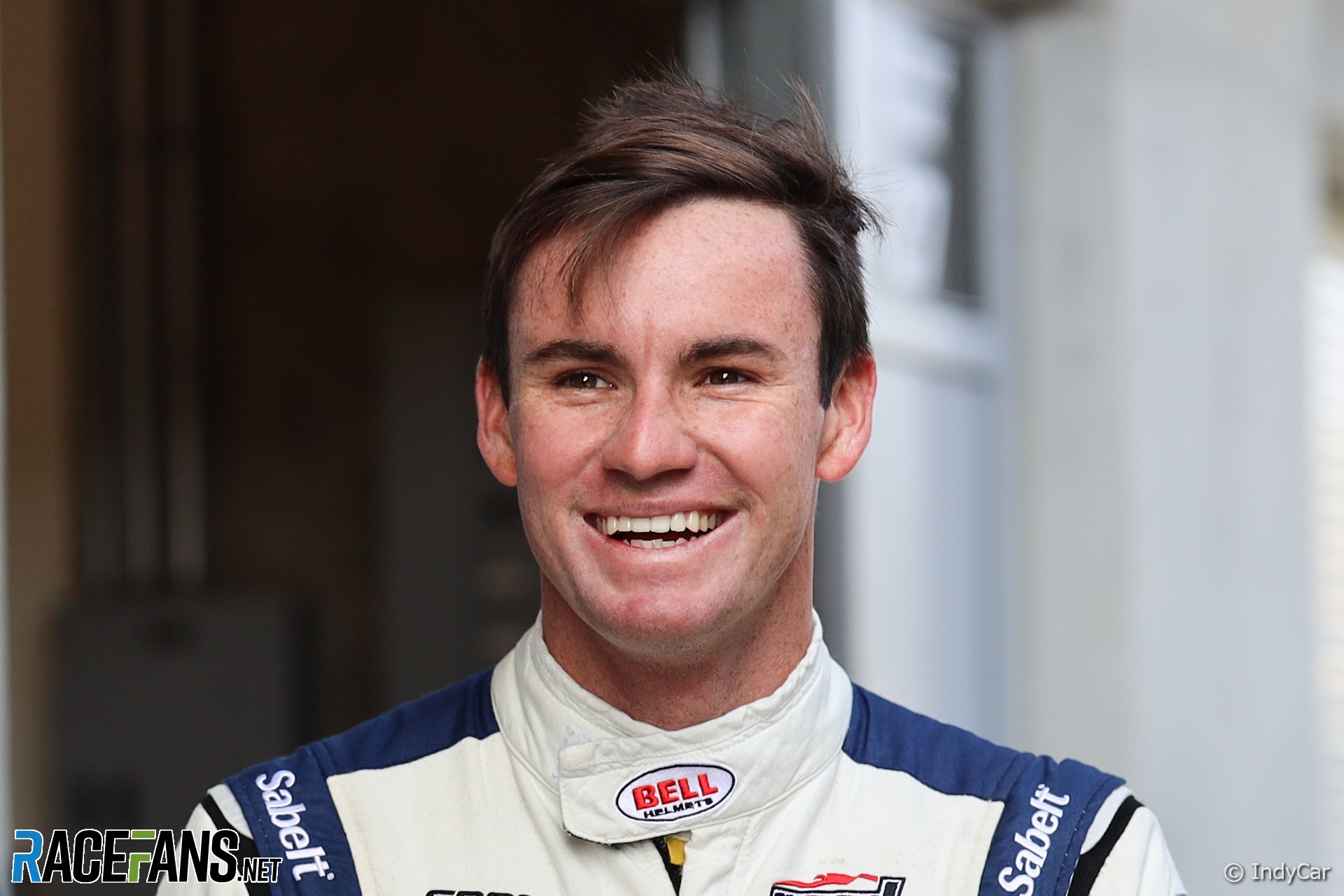 The 23-year-old, who has won five championships over the past five years, will take over the number 14 car which was driven by Sebastien Bourdais this season.

Kirkwood beat David Malukas to the Indy Lights title by 13 points at Mid-Ohio last month, winning half of the season’s 20 races. That capped an astonishing rise through the lower leagues, which included four titles in three years from 2017 to 2019 in US Formula 4, Formula 3 Americas, USF2000 and Indy Pro 2000. Only the cancellation of last year’s Indy Lights series due to the Covid-19 pandemic disrupted his streak of title wins.

“He has been very successful on his climb through the Road to Indy Championships and his record speaks for itself,” said Foyt team president Larry Foyt.

“This deal came together rather quickly, but I’ve already been impressed with how Kyle thinks about racing and the maturity he seems to have for such a young driver.”

Kirkwood’s move to Foyt comes after he missed a potential opportunity to graduate to IndyCar with the Andretti team he drove for in Indy Lights.

Andretti planned to promote Kirkwood to IndyCar if it needed a replacement for Colton Herta. However that was contingent on its discussions with Sauber to take over it and the Alfa Romeo Formula 1 team it runs, where it hoped to place Herta in 2022, despite his lack of a superlicence.

When that fell through, Kirkwood’s hope of a move into IndyCar with Andretti went with it. The team’s two other vacancies had already gone to his Indy Lights rival Devlin DeFrancesco and Romain Grosjean.

However Kirkwood’s first connection to IndyCar came through Foyt, he explained. “I actually met Larry for the first time in 2018 at Road America when I was driving in USF2000 with Cape Motorsports. He was the first person in the IndyCar paddock to show me around the car and explain the dynamics of what it takes to be an IndyCar team and driver.

“From that moment, I felt very comfortable with the atmosphere of the team and now it has come to fruition that I will be driving the number 14. It’s hard to explain in words the excitement I have to drive for such an experienced and legendary team. I know I will be filling some very big shoes, but I think it’s the perfect timing and group to be able to do so.”