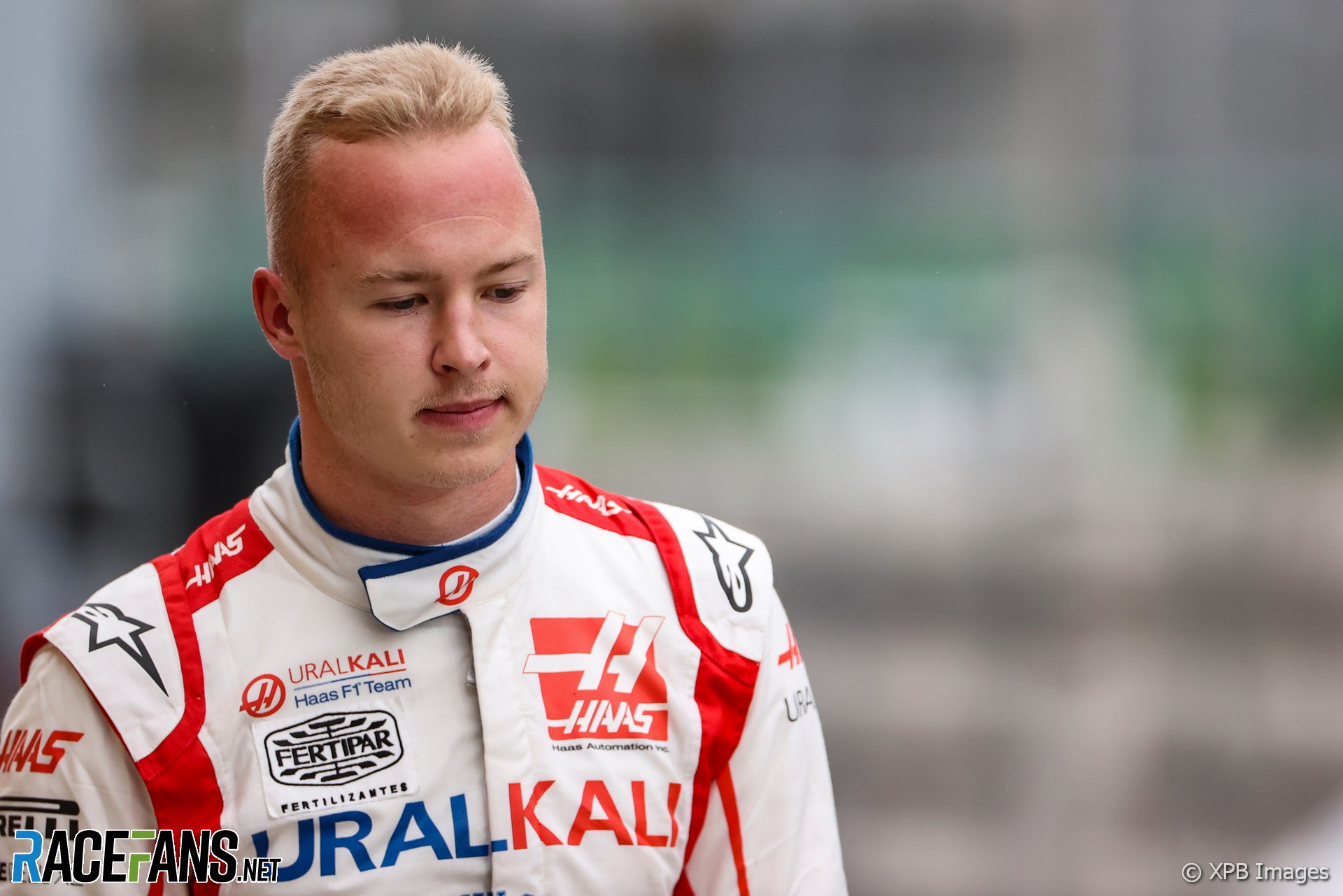 [raceweekendpromotion]Nikita Mazepin said he was not “kicked out” of a nightclub in Mexico after a video circulated on social media apparently showing him involved in an argument with staff at a venue.

The Haas driver said he spoke to club staff after a member of his team was not allowed in to join them in the venue, and stayed there for several hours.

“The situation from my side is very clear and definitely nobody was kicked out,” said Mazepin. “I was upset because one of my engineers was leaving, so I invited everybody from the team to see me and one of the members wasn’t let in, unfortunately.

“I cleared it up. It took about three, four minutes and everybody was in and actually it was a very good party. So we stayed for a few hours.”

Mazepin’s team principal Guenther Steiner said he was “made aware of this video” but hadn’t discussed it with his driver yet. “I think it was more like an argument with one of the security guys than a fight,” he said. “Normally when we fight in South Tyrol it looks different,” added Steiner.

Mazepin’s conduct has attracted criticism on previous occasions. He was banned from a Formula 3 race in 2016 for punching rival Callum Ilott. After he signed for Haas at the end of last season a video emerged of him groping a woman in a car, which the team criticised.

Steiner said the previous incidents involving Mazepin have made him a focus of attention. “It’s like first of all, everything what he’s done, whoever does it, it’s immediately filmed from somebody,” he said. “Nikita, I think he has got a reputation and it’s even played up I would say. So it isn’t made any easier for him.”

Mazepin and several other people appear not to be wearing masks in the footage, despite F1’s ongoing precautions to minimise exposure of its staff and participants to Covid-19.

Asked by RaceFans whether this was permitted, Steiner said: “I think so. It’s difficult with the Covid how it is now to decide what is right and what is wrong.

“But this goes beyond motorsport and what we should be talking here, in my opinion. Everyone’s got an opinion about it and is entitled to it. I think at some stage we just need to try to live a normal life, if people are vaccinated. And he is vaccinated, by the way.”

Asked whether it was fair on other staff in F1, Steiner said: “I don’t know. I cannot answer that, fair or not fair, I don’t want to be a judge.”