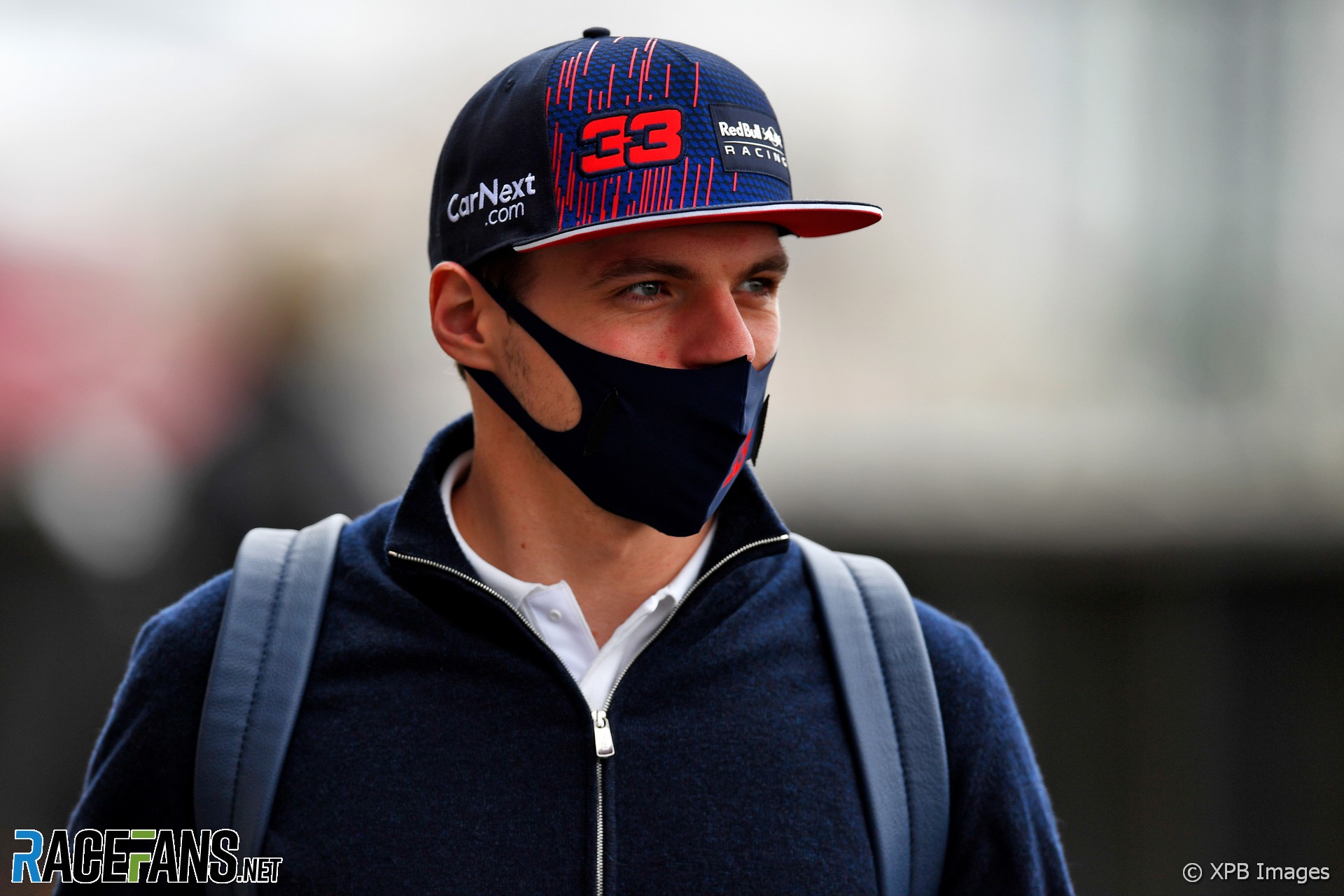 [raceweekendpromotion]Formula 1’s championship contenders gave a lukewarm reception to the return of its sprint qualifying format at this weekend’s Sao Paulo Grand Prix.

The revised format is being trialled for the third and final time this year at the Interlagos circuit. Qualifying will take place tomorrow following a single practice session, which will decide the starting order for a short race on Saturday, which will set the grid for Sunday’s race.

However Max Verstappen, who leads the standings by 19 points, says he prefers F1’s usual race weekend format. He doesn’t expect this weekend’s venue will produce a more exciting race than the previous two sprint events at Silverstone and Monza.

“I think the main excitement comes from the start because after that, in the amount of laps you do, you put the tyre on which will last to the end mainly, especially the guys in the front, and there’s not a lot of passing going on,” he said. “So I don’t think it really matters at what track you do it.”

F1 has already confirmed it will hold sprint events at six rounds next year, but is considering several changes to the format. “There are still, I think, a few things to fine-tune about it” said Verstappen. “But if people like the excitement of the start then to do two starts in a weekend, why not?

“Personally, I’m a bit more of the traditional F1 weekend can where, if we have competitive cars and just all the teams close together, then naturally you don’t need to change anything. So we’ll see.”

“You’ve got to have something like a 1.1 second advantage on the car ahead to have a 50 percent chance of overtaking or something crazy like that. So it’s not a great one for it now.”

Charles Leclerc says he is a fan of the format as it creates more interest on Fridays. But he admits the extra Saturday race itself has room for improvement.

“I quite like those weekends, especially the Friday which normally I don’t really like on a normal weekend. So to have the qualifying straightaway, the Friday afternoon, this makes it exciting for everyone.

“Then Saturday, the sprint race, maybe there are a few things that we could change in the future. But still, I am very excited for this weekend and I think again it’s a bit different to normal so maybe it is an opportunity for us to do even better.”