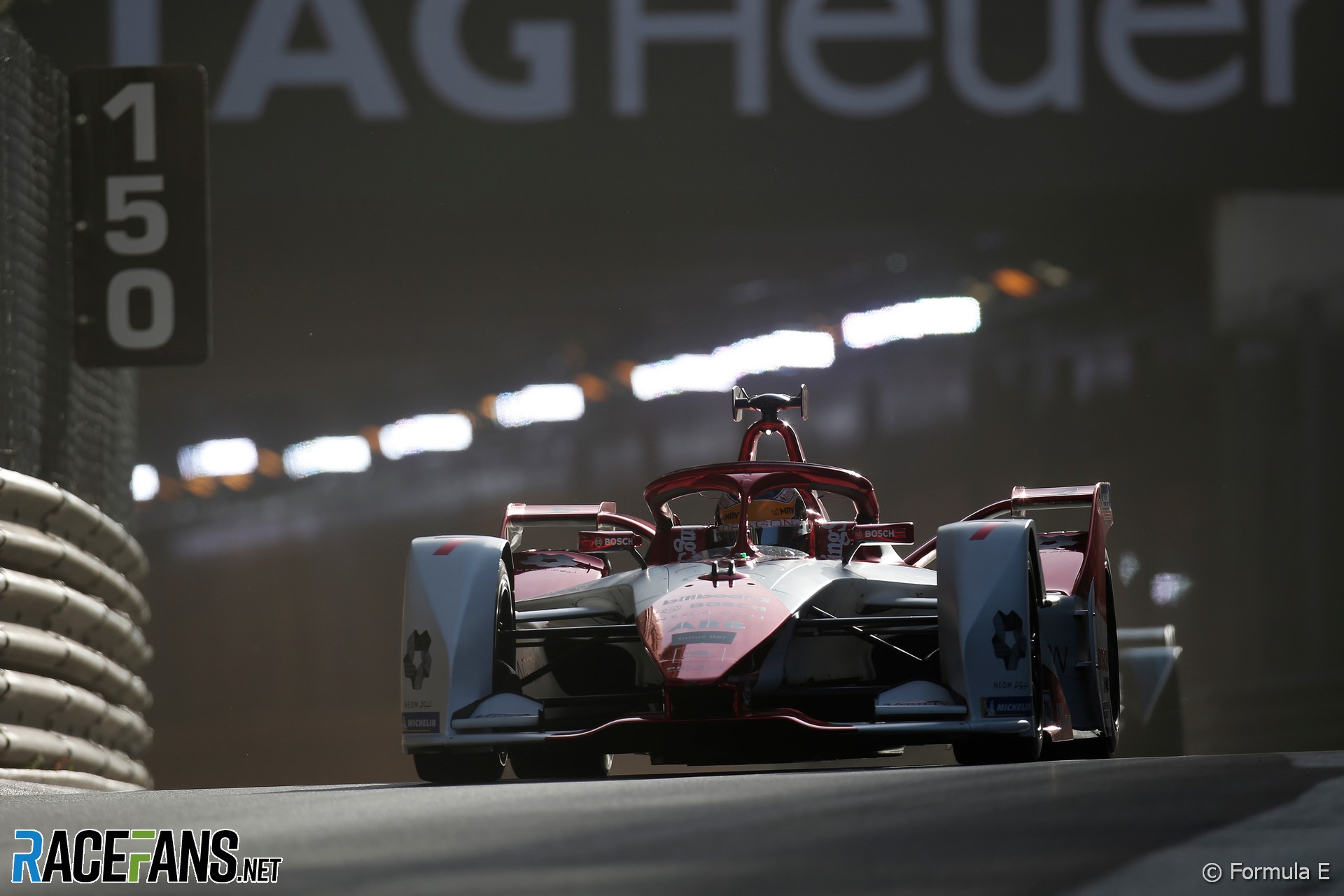 In the round-up: Sergio Sette Camara is the first signing by the Penske-owned Formula E team Dragon for 2022

Dragon-Penske has found its first driver for the 2021-22 Formula E season, just two weeks before pre-season testing begins at Valencia, by extending its relationship with Sergio Sette Camara.

The 23-year-old was signed to the team as a replacement driver in 2020 for the six-race Berlin season finale, then kept on for the full 2020-21 campaign. His best results came in the second race of the season in Diriyah, qualifying second and finishing fourth.

There was only one other points finish, an eighth place in London, and he came 22nd in the standings.

“I am very happy and proud to continue with Dragon/Penske in season eight,” said Sette Camara. “Formula E is one of the most competitive championships in the world and I will give my absolute best in every single race to obtain the results the team deserves. I am determined to come back strong.”

The Aston Martin F1 team have announced that their simulator driver Nick Yelloly will get behind the wheel of the AMR21 for the post-season test in Abu Dhabi.

A day of running exclusive to Formula 1 rookies will take place alongside the 2022 Pirelli tyre test, and Yelloly’s job in Aston Martin’s car will be to check calibration with the simulator in certain areas given the car itself will be developed no more.

It will be his third test appearance for the Silverstone-based team, having driven at Barcelona in 2015 when the team was known as Force India, and then at the same circuit in 2019 while it operated under the Racing Point name.

Yelloly, a winner in GP3 and Formula Renault 3.5 during his single-seater career, claimed the pole for the fearsome Nurburgring 24 Hours sportscar race this year and won it in 2020 as a factory BMW driver.

Racing Together, a project set up to increase the number of indigenous Australian teenagers participating in motorsport and which has attracted the attention of Lewis Hamilton, has announced it will launch an all-female karting team in 2022.

The racing team will be in association with Patrizicorse, one of Australia’s largest karting distributors, and will have a four-strong line-up of personnel with Aboriginal and Torres Strait Islander backgrounds. There will be a 10-round programme in Queensland for the chosen drivers, and they will all compete on 4SS-class Ricciardo karts.

Formula 1 race steward Garry Connelly and Monique Connelly are behind the project, and their first karter will be 15-year-old Karlai Warner.

No ‘new DAS’ on Mercedes

Reports elsewhere that Mercedes were running a DAS-esque system on their car at Interlagos were firmly rejected by a team spokesperson, who pointed out the steering system has been homologated since the season began, cannot be modified and only operates rotationally. Mercedes used DAS last season to adjust the toe angle of their front wheels by sliding the steering column back and forth, until the system was banned at the end of the year.

Drive to Survive, the Netflix series documenting the drama of the Formula 1 paddock season-by-season, may have a rival next week as Formula E is launching its own 15-episode series following the latest season.

Launching next Monday (November 22), Formula E: Unplugged will be available to watch on the series Facebook and YouTube accounts.

It’s already been teased that episodes will be dedicated to Sam Bird’s Jaguar debut in Saudi Arabia, Mercedes’ run-and-grab win in Valencia with Nyck de Vries during the farcical Saturday race where several drivers were disqualified for energy misuse, Techeetah’s failed title defence and the championship showdown in Berlin.

The Formula Regional European Championship, one step below Formula 3 on the ladder to F1, will hold a private post-season test at Barcelona this week.

One name stands out among the 12 teams that have been pre-selected to contest next season. F3 champions Trident replace old Formula Renault Eurocup frontrunner JD Motorsport, but at Barcelona there are 13 names on the entry list.

DR Formula is running two cars rather than three, and French team CAP Racing will be effectively filling the vacant garage space. Former F1 racer Charles Pic owns the teams and has ambitions to take it into FREC, which has not been ruled out by the series organiser for 2022 despite the pre-selection.

Ahead of the pros, be among the first to race the fastest street circuit in the @F1 calendar 🚀

Available now as a free update for all players on Xbox, PlayStation, and PC 🎮

From the racetrack to the classroom – we are excited to welcome Toto Wolff, Team Principal, CEO & co-owner of @MercedesAMGF1, as an Associate Fellow. ‘To become an Associate Fellow at an institution as prestigious as Oxford Saïd is a proud moment for me.' https://t.co/bvYsVEFNFf pic.twitter.com/bXJbgokgyC

BMW and Audi in bidding war for McLaren (Car)

"The McLaren group has been involved in a critical refinancing, selling the Woking HQ and leasing it back, and issuing £550m of new shares to provide liquidity and pay off a £150m loan. The situation has improved in 2021, with revenue doubling in the first half of the year. However McLaren Automotive CEO Mike Flewitt stood down in late October, after eight years in charge. One of his final acts was to start evolving the Track25 strategy, which proposed the launch of 18 new models in a six-year timeframe, into a plan called Horizon 2030."

Is a non-decision a decision in itself? And therefore is a non-investigation the same? Lee1 poses that question after stewards deemed the Sao Paulo Grand Prix incident between Lewis Hamilton and Max Verstappen not worthy of investigation despite not having access to all of the information possible at the time.

>Was it not an official decision to not investigate the incident? It is not like they did nothing at all they noted the incident and then issued a later response that a full investigation was not warranted. I would say that Merc have a case there and if the rules do not allow it due to the stewards refusing to do anything at the time then I am sure the Court Of Sporting Arbitration may have something to say about how open that scenario is to corruption…
Lee1