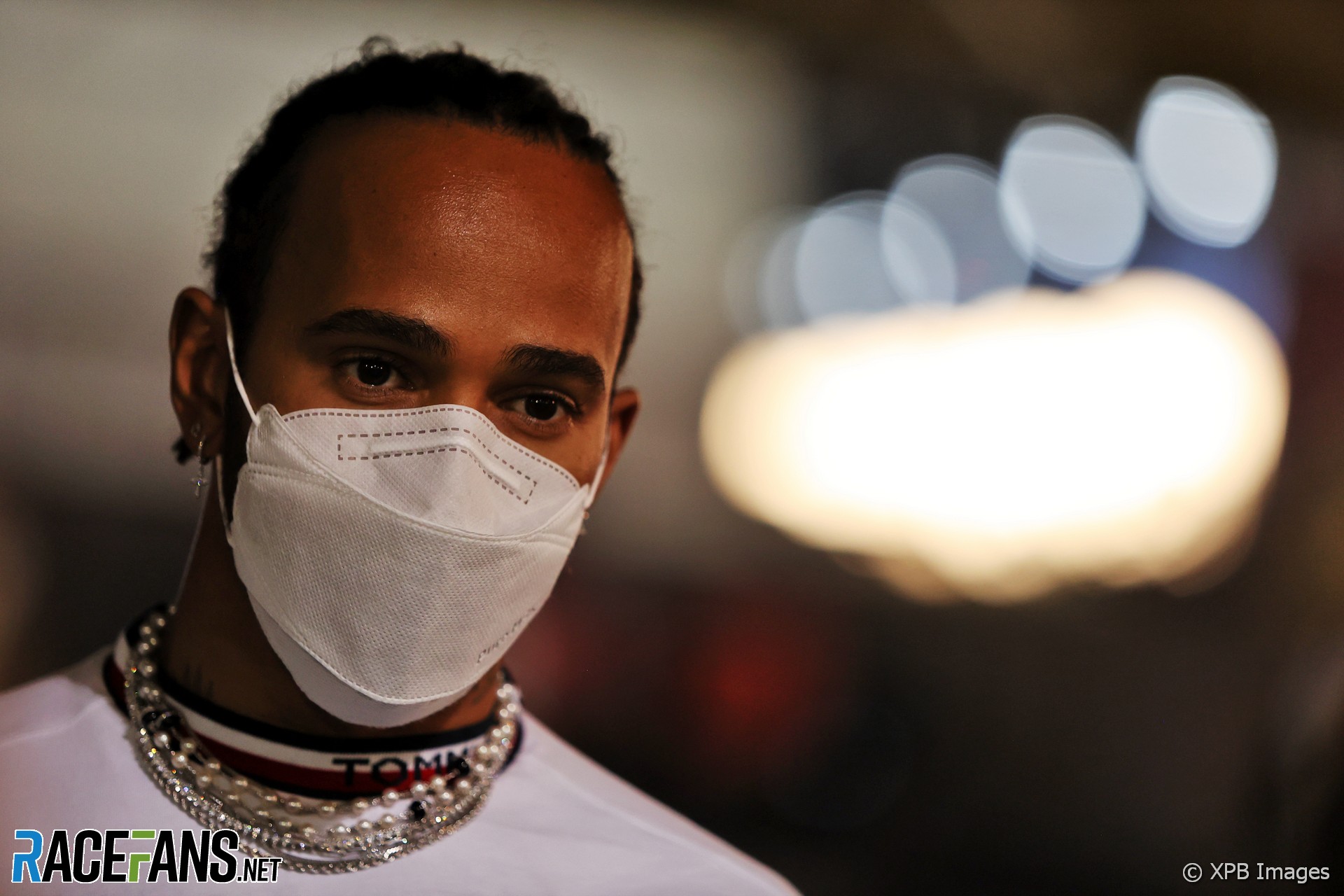 Lewis Hamilton says Formula 1 has a duty to raise awareness of human rights failings in countries it visits, ahead of its first races in Qatar and Saudi Arabia.

Speaking in an FIA press conference at the Losail International Circuit the seven-times world champion admitted he had been “ignorant” of such concerns in the past.

Human rights groups have accused Qatar, Saudi Arabia and other countries of ‘sportswashing’ by spending vast sums to bring global sports to their countries. Qatar has undertaken a huge construction project for next year’s FIFA football World Cup, but reports claim it has involved the deaths of over 6,500 migrant workers over the past decade as a result. The kafala system used in the region has been blamed for creating opportunities for workers to be exploited.

Hamilton has become increasingly outspoken on human rights matters since last year and wants more of his peers to do the same. “One person can only make us a certain amount of small difference but together, collectively, we can have a bigger impact,” he said. “So, do I wish that more sportsmen and women spoke out on these issues? Yes.”

However he said the subject is complex and requires sensitive handling. “The fact is that it’s education. It takes time to go out and and learn more about a region that’s foreign to us.

“We’re not from these areas, it’s incredibly complex on the ground in these places with religion. There’s so many complexities that it’s difficult to even understand them all.

“I think what’s important is that we still try to bring awareness to some of these problems. And whilst there are some changes that have been made over time, it’s never enough. More needs to be done.”

The seven-time world champion acknowledged F1 had not previously reacted to human rights concerns in the countries it visits. “As a sport we’ve been to, and I’ve been to, a lot of these countries and been ignorant, been unconscious of some of the problems that have been in some of the places.

“So it’s down to whether you decide to educate yourself and hold the sport more accountable and make sure the sport is actually doing something about it when they go to those places. So that’s why I’ve tried to raise my voice.”

Hamilton said that that had been his motivation for speaking out. “But again, there’s far brighter people that are knowledgeable on these issues that are actually trying to fight them in the background. But I still think that we can still bring a spotlight to it and create that scrutiny and that pressure that could hopefully create change.”

Other drivers echoed Hamilton sentiment. Lando Norris said speaking out on human rights is “something we have to do as a community, as Formula 1.”

“It’s not something that as one person or just a small bunch of people. Of course, we can have a small effect and we can create change in places, but it’s not as simple as that.”

Sebastian Vettel, who called attention to discrimination against the LGBT community during the Hungarian Grand Prix weekend, said he believes human rights issues are “a responsibility that every big sport, big event has to face.”

“We love driving cars and we drive those cars everywhere around the world,” said Vettel. “There’s some places that we are very familiar with and others we’re not, some cultures we maybe agree with, others we don’t. So I think it’s more a question to Formula 1 as a whole and not just for me, for all of us.”

Hamilton’s future team mate George Russell said he believes the series will pick the right places to race at. “All of us drivers and everybody are aware of the human rights issues, but ultimately, for me personally, I trust in Formula 1 and the FIA to take us where they deem suitable and for the rest we’re just fully focussed on the driving.”

Hamilton agreed somewhat with that sentiment “Ultimately, as drivers, it’s not our choice where we get to go and race. I do feel that we are aware there are issues in these places that we’re going to as there are around the world, but of course seems to be deemed as one of the worst in this part of the world.

However, he emphasised that visiting regions with human rights concerns had to come with increased scrutiny of those problems. “I do think as these sports go to these places, they are duty bound to raise awareness for these issues and these places need scrutiny. It needs the media to speak about these things. Equal rights is a serious issue.

“However I’m aware that in this place they are trying to make steps and it can’t change overnight. I heard there are things like there’s a new reform with the kafala system that was in place a couple of years ago, but still there’s a long way to go. I just feel that if we are coming to these places, we need to be raising the profile of the situation.”