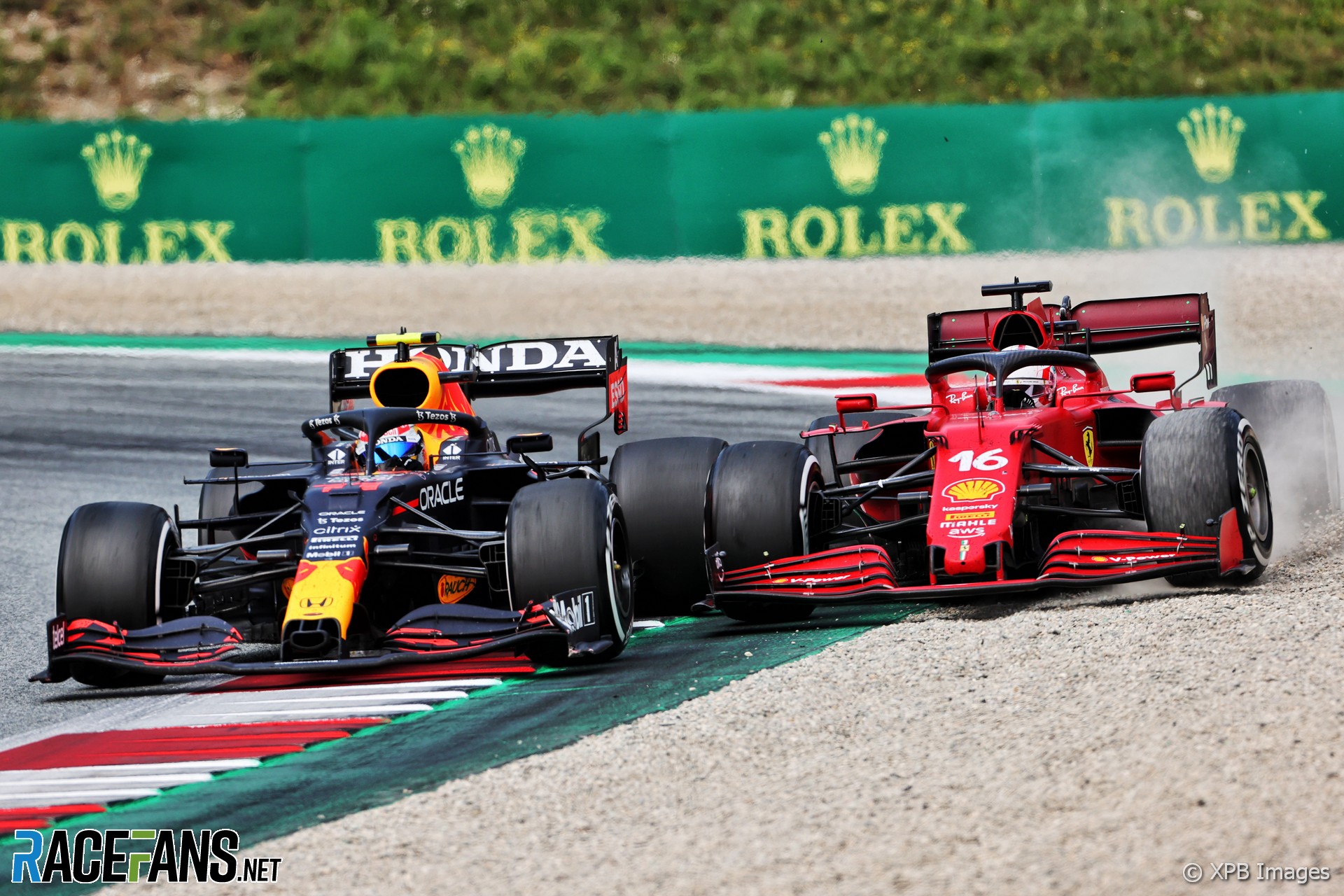 Carlos Sainz Jnr says Formula 1 must enforce its rules on drivers forcing rivals wide consistently as the stewards consider whether to investigate an incident between the championship contenders at the last race.

Mercedes has asked the stewards to review their decision not to investigate whether Max Verstappen broke the rules when he and Lewis Hamilton ran wide on lap 48 of the Sao Paulo Grand Prix.

Sainz pointed out similar incidents in previous races have resulted in penalties for the drivers considered responsible. He said the rules should be enforced consistently across different tracks and between different drivers.

“I think, independently of where you’re racing, you need clarification and we need some sort of knowledge and assumptions when we go racing, if not it’s going to be very difficult to keep any kind of consistency,” said the Ferrari driver. “We saw it in Austria this year how running someone off the track was a five second penalty and how in some other circuits it cannot be exactly the same.”

Lando Norris was given a five-second time penalty at the Red Bull Ring for forcing Sergio Perez off the track. The same was given to Perez on two occasions later in the race for similar incidents involving Charles Leclerc.

“We need to keep improving as a sport to make it clearer for us when we go racing because especially for two guys that are playing for such high stakes they need to know what they can do and what they cannot do,” Sainz added.

His team mate Charles Leclerc said such incidents would be less likely to happen if circuits had more gravel run-off areas instead of asphalt, as there is at the corner where Verstappen and Hamilton went wide.

“I just wish all of that talk was over by just putting some gravel on the outside of these corners and then it’s over,” he said. “Then, of course, it’s not always the best solutions for every track.

“When there’s no gravel, situations like last week happen. I’ll leave the decision to the stewards, I don’t want to get too much involved in it.”

The stewards began the hearing on whether the incident should be reviewed at 5pm local time at the Losail International Circuit, over two hours ago.