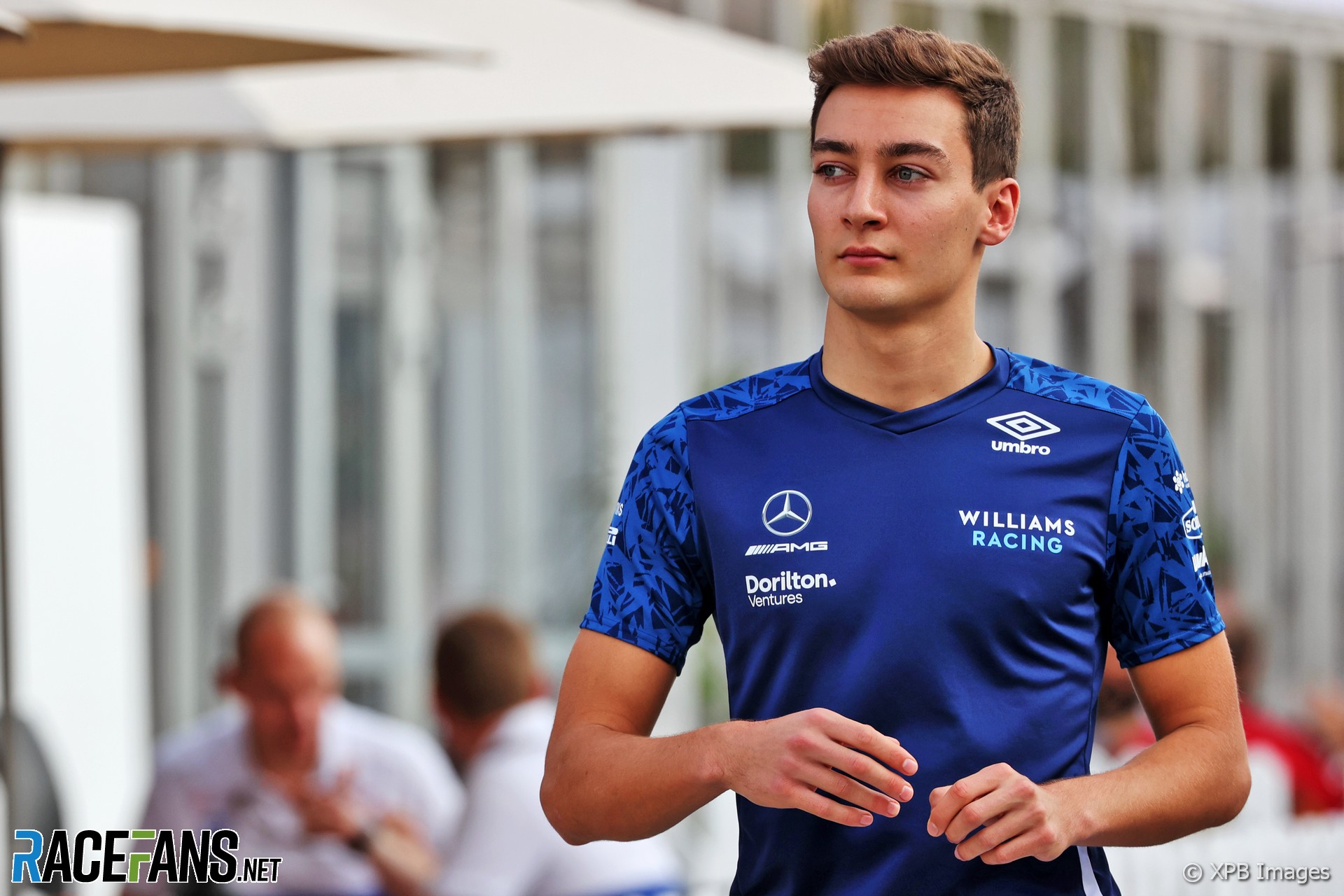 Max Verstappen should have been given a penalty during the Sao Paulo Grand Prix for forcing Lewis Hamilton off the track, according to George Russell.

The Williams driver believes Verstappen deliberately braked too late when his rival tried to overtake him around the outside of Descida do Lago on lap four of Sunday’s race. Mercedes has petitioned the stewards to investigate the incident, which they did not look into at the time.

Russell, who will join Mercedes next year as Hamilton’s team mate, told Sky: “Whether there’ll be a penalty for it retrospectively, I don’t know. Should there have been a penalty at the time? I believe they should have been.

However Daniel Ricciardo believes the fact Hamilton went on to win the race makes a penalty for Verstappen less likely.

“Ultimately Lewis won, he was the faster car and the better guy on the day, so I don’t think it changes anything in the championship now, which is probably best-case scenario,” said the McLaren driver. “I think if Max won the race, then I think they probably would have pushed harder with the protests and everything else.”

Ricciardo’s team mate Lando Norris, who was penalised for forcing Sergio Perez wide in the Austrian Grand Prix, said other drivers have been penalised for less.

“A lot of people have different views and conflicting views on it and so on, more like conflicting against what the actual outcome was, which was nothing,” said Norris. “There could have been some scenarios where people have got penalties for far less and less intentional. I might have been involved in a couple of them.”