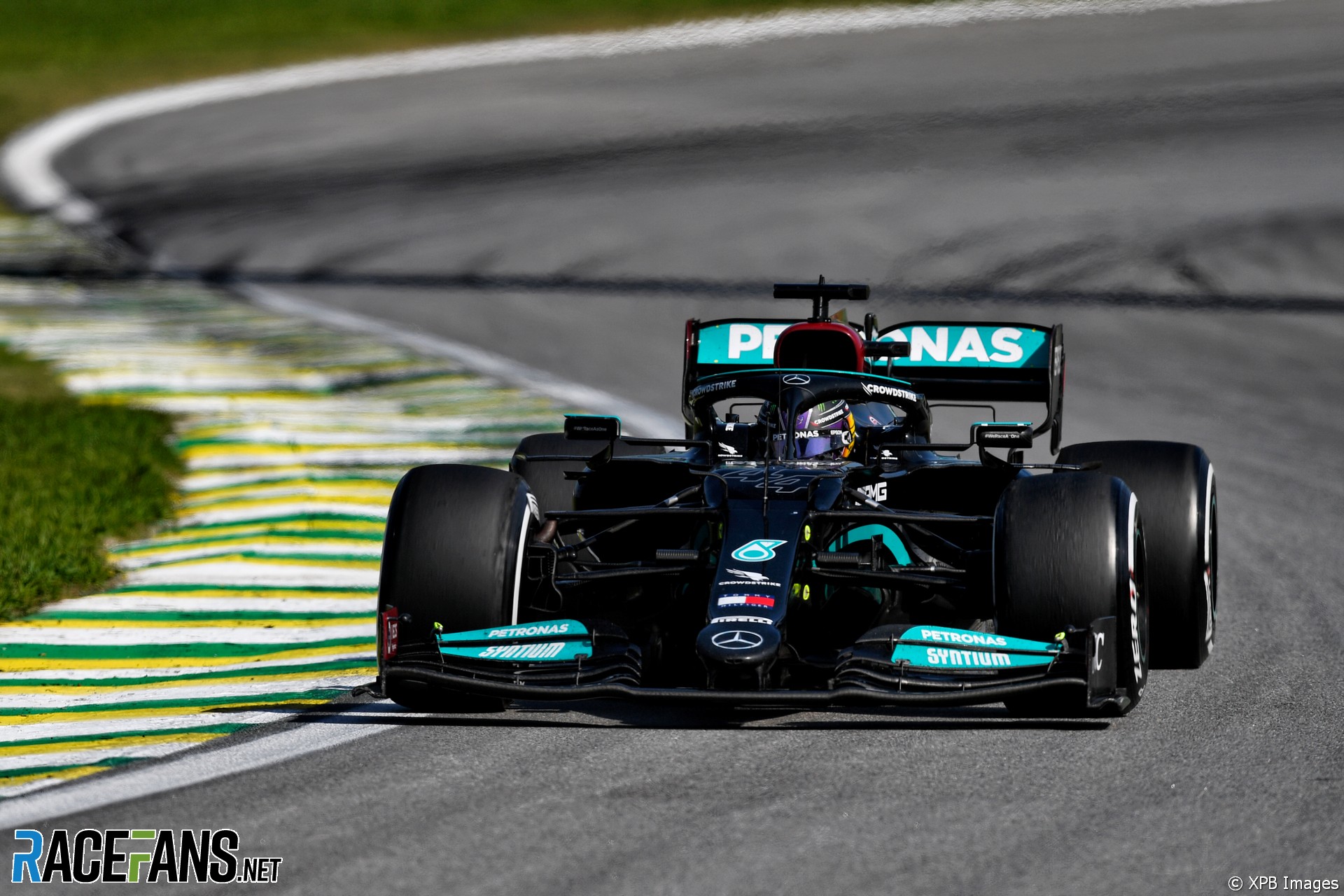 Mercedes has explained why Lewis Hamilton’s rear wing failed a technical inspection in qualifying at Interlagos, leading to him being disqualified and having to start the sprint qualifying race from the back of the grid.

Hamilton’s rear wing failed a test to determine it opened by no more than 85 millimetres when its DRS was activated. Mercedes said it failed the test by just 0.2 millimetres.

The rear wing from Hamilton’s car was kept by scrutineers during the Brazilian Grand Prix and returned to the team ahead of this weekend’s race in Qatar. “We got the rear wing back and as we thought it was broken,” Wolff explained. “It broke in qualifying

“We didn’t pass the 85mm slot gap test on the far right side. We passed it on the left, in the middle, but not on the right by a fraction of a millimetre. And that’s fine.

“We weren’t allowed to inspect it, not to make the argument that the part is being broken and consequently, we found out that two screws became undone in qualifying and that caused that right side to be irregular.”

The damage likely “was even detrimental to the lap time but it is what it is,” Wolff added.

He remains unhappy that the team were thrown out of qualifying instead of being allowed to repair their wing. “It was reported to the stewards, that is very different to how these things were handled in the past, where you would be able to patch up things that got broken during parc ferme.”

However, he said the team had “moved on” and that the incident was “a race gone.” Hamilton rose from last to fifth in the sprint qualifying race, then won the grand prix the next day.

“We obviously were able to turn it around,” Wolff continued. “I wish that Lewis could have taken more points from the sprint qualifying, but that is the past.

“I think now the the rules are in a way a reset and we’re going to do the best out of it for the current grand prix and the next ones to come.”