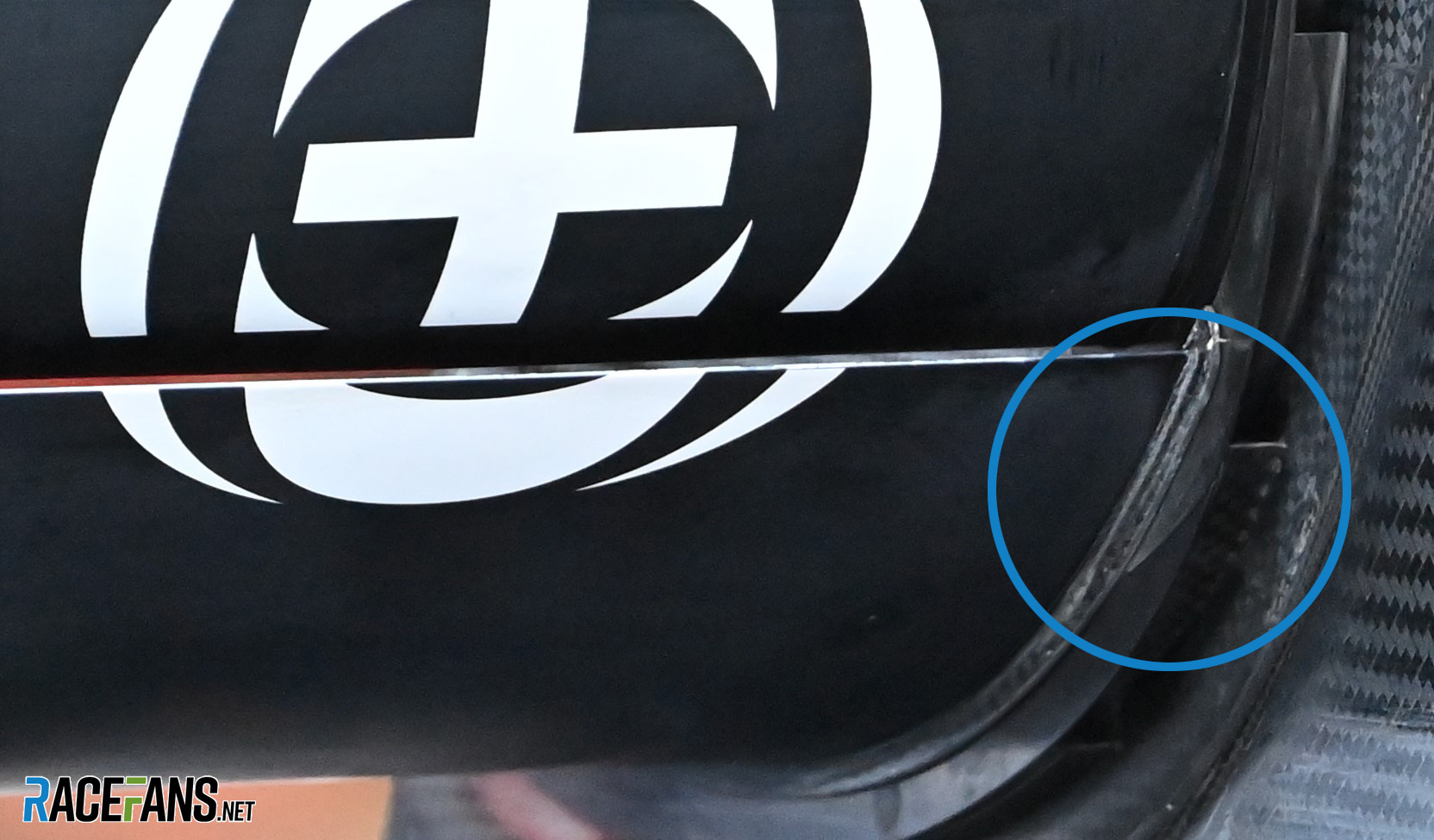 An alleged feature of Mercedes’ rear wing design, which Red Bull have threatened to protest, does not exist, according to the world champions.

“Make no bones about it, if we see it on the car here it will be protested,” Horner said.

Red Bull’s suspicions are believed to concern a discolouration seen on the inside of the rear wing endplate of the W12 next to its lower flap, beneath the DRS-adjustable upper flap (pictured).

“The straight-line speeds that we’ve seen in Mexico and in Brazil – I think everybody could see in Brazil it was not a normal situation. And yes, a new engine, we know with Mercedes, comes with increased performance.

“But when you have a 27kph closing speed and witness marks on rear wing end plates that have been marking up from wings that have been flexing it’s very clear to us what has been going on.”

“I think we’ve been controlled 14 times on this very particular wing,” he said. “The FIA has all drawings about it, there is no such thing as Red Bull expects there to be. So we are happy to send it, cut it, can send you one to Milton Keynes.”

Horner asked Wolff: “How do you explain the score marks on the rear wing end plate?”

“I think it is within what is allowed and therefore that’s okay,” Wolff answered.

Mercedes head of trackside engineering Andrew Shovlin also denied such marks exist. “We’ve had a look at it and there are no score marks,” he told Sky. “So we’re not quite sure what that is, but it seems to be a bit of a story that’s not going away.”

Mercedes have had their car design checked closely and are confident it is legal, said Shovlin.

“We go to every circuit, we look at what the fastest wing we have is, and that’s the one that will bolt to the car and that’s what we’ll keep doing.”

73 comments on “No “score marks” on our rear wing, Mercedes insist after Red Bull protest threat”