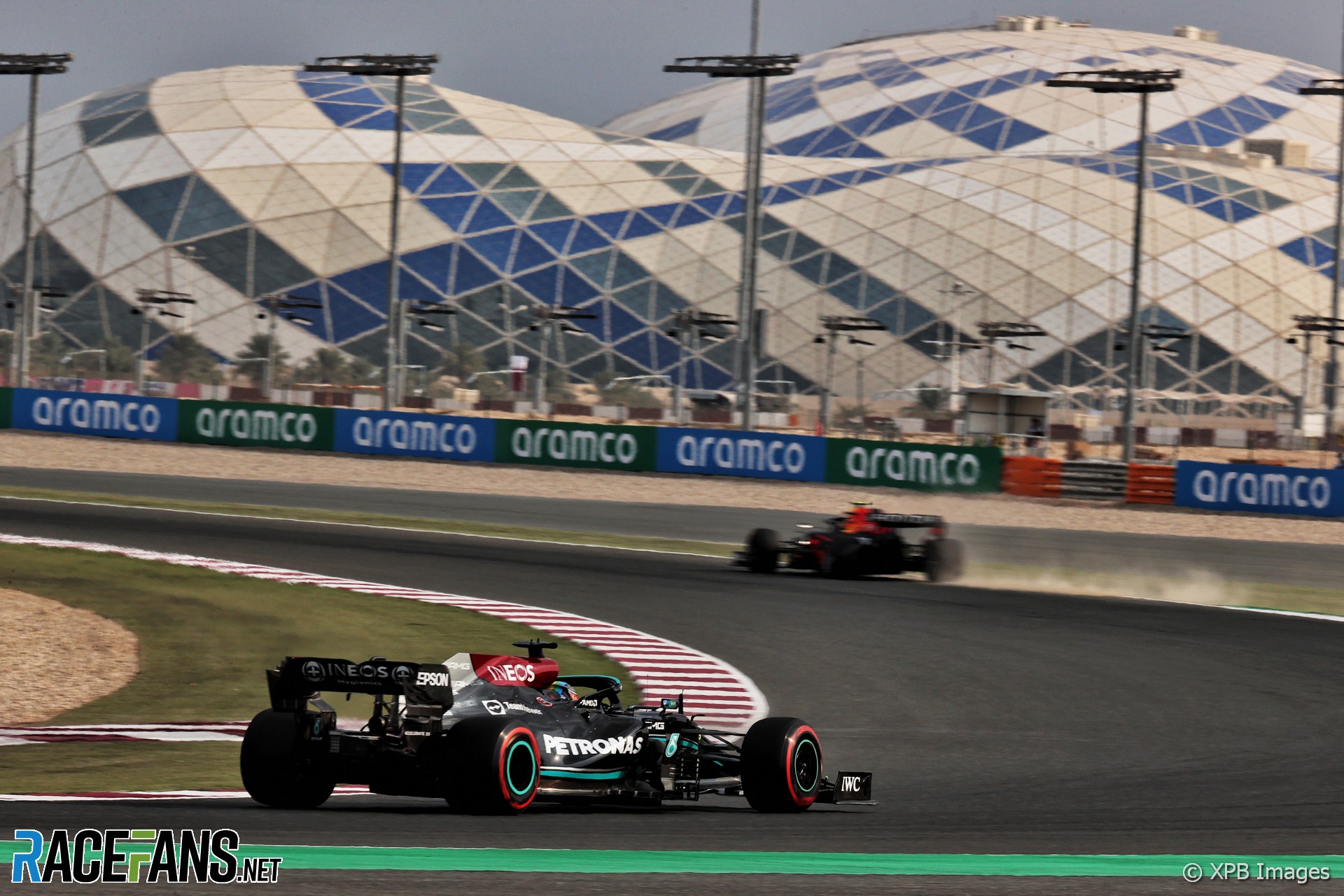 Red Bull team principal Christian Horner says the team will protest Mercedes’ rear wing design at the Qatar Grand Prix over what it believes is a “hidden” means of improving its car’s top speed.

During today’s FIA press conference involving Horner and Mercedes team principal Toto Wolff, Horner directly asked his opposite number “how do you explain the score marks on the rear wing end plate?”

“I think it is within what is allowed and therefore that’s okay,” Wolff replied.

Red Bull believe the marks allow Mercedes to reduce the drag produced by their rear wings at high speed even when the Drag Reduction System is not in operation. Its chief technical officer Adrian Newey and chief engineer Paul Monaghan have raised the matter with the FIA in recent races.

“Make no bones about it, if we see it on the car here it will be protested,” Horner told Sky. “It’s probably less of a factor here although we obviously saw significant straight-line speed in that [first practice] session again, probably a 7kph difference between our cars, but particularly Jeddah and Abu Dhabi you could have a situation like Brazil where the car is quite simply un-raceable.”

Horner believes Mercedes has changed its rear wing design since the summer break to improve its straight-line speed, which has given it a clear edge in recent races. Red Bull and other teams had to change their rear wing designs earlier in the season after a technical directive was introduced in order to reduce how much they could flex at high speed.

“There’s very specific regulations about this,” said Horner. “Obviously the directives that came out prior to Azerbaijan had material effect.

“I think this is something even more advanced, it’s hidden in the way that it operates so it’s harder to spot from a camera. But you can see the straight-line performance since Hungary, and particularly in the last two grands prix, has gone exponential.

“That obviously concerns us. And that’s why Adrian and Paul have been discussing it with the FIA.”

Wolff said he has no concern about the possibility of a protest. “I think that his opinion is his perspective and absolutely fine within the regulations to seek clarification or protest,” said the Mercedes team boss. “That’s how things are in Formula 1.”