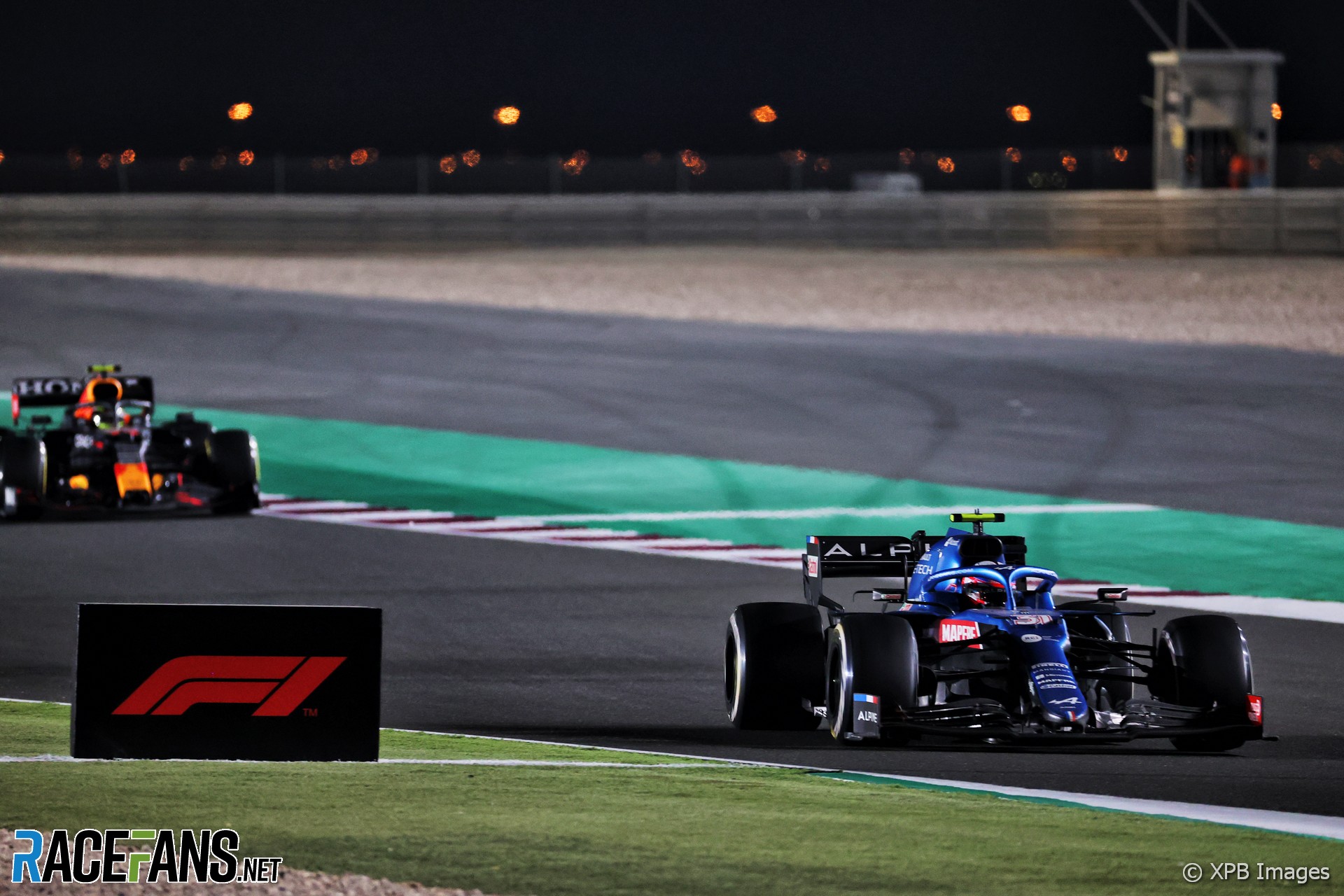 In the round-up: Esteban Ocon may have played a decisive role in helping his team mate Fernando Alonso end a seven-year wait for a podium finish.

After Alonso helped his team mate to his first F1 victory at the Hungaroring by delaying Lewis Hamilton, Ocon tried to repay the favour in the Qatar Grand Prix. Alonso, en route to third place, was being chased by Sergio Perez.

“I tried to give back a little bit what Fernando gave me, from Budapest,” said Ocon. “I slowed down a good two and a half three seconds Sergio in that lap so I was hoping that was going to be enough.”

Ocon said he was happy with his and the team’s performance, “for me, from ninth to fifth is also a fantastic result. Very pleased with our race, our pace. We take 25 points out of AlphaTauri, what a day.

Alonso, the highest finisher to pit just once during the race, said he believes the Alpine car is able to make Pirelli tyres last longer than others.

He and team mate Ocon have performed some impressive stints over the 2021 season, including Alonso’s drive in Budapest and Ocon completing the entire Turkish Grand Prix on a single set of intermediate tyres.

“It seems that our car is kind on tyres,” said Alonso following a race in which several other drivers suffered sudden punctures.

“We did a one-stop also in Brazil last week and today I think we had some margin to keep pushing a little bit more, but you never know, and Checo was coming quite fast at the end.”

Yuki Tsunoda said his Qatar grand prix was ruined by being “just too slow in the first stint”. The AlphaTauri driver started on the soft tyre and “just really struggled a lot.”

He referred to “an issue in the background” during the stint that was “not just the tyre, but I can’t say at the moment I know what is this problem.”

During the race AlphaTauri told Tsunoda a visor tear-off that had become stuck in his rear wing, costing him around 50 points of downforce. It was removed at his first pit stop.

Ricciardo: Qatar “a big one” in difficult triple header

Daniel Ricciardo said the Mexico, Brazil and Qatar triple-header had “not been nice” after failing to score in all three races.

The McLaren driver is hopeful of an improvement in the coming race at the Jeddah Corniche Circuit. “I’m going to get on the sim Wednesday and, on paper, Saudi looks alright. I’m looking forward to getting on a new track again.

“I definitely feel like there was moments today where when I could push, the pace was okay I think at times. But let’s move on.”

Where some of Alonso's rivals were when he last took an #F1 podium:

I congratulate all the volunteers who generously devote their time and energy to ensure the safety and success of every @FIA motor sport events. Without them, we would not be able to go racing.#FIAVolunteersWeekend #F1 #QatarGP 🇶🇦 pic.twitter.com/TaafP84lkk

"In an open letter published by the Washington Post, Hatice Cengiz urged the Canadian megastar to cancel his December 5th performance in the Red Sea city of Jeddah to 'send a powerful message to the world that your name and talent will not be used to restore the reputation of a regime that kills its critics.'"

Amidst the drama of the title rivals, PT celebrated Fernando Alonso’s podium as an incredibly impressive comeback. Just this time last year, Alonso was preparing to be part of the Alpine’s young driver test…

I was waiting so long to see the sight of Alonso on an F1 podium. There were times this year when I didn’t have much hope for him. His pre-season preparations were heavily compromised by the bicycle accident.

He didn’t have proper pre-season testing, and in the first five or six races he was out-performed by Ocon hands down. I was really worried whether that was it.

What a bounce back he had since Baku! After so many years away from the sport (but winning nevertheless), he’s back to write a new glorious chapter which, I’ve always believed, would be his greatest.
@pt