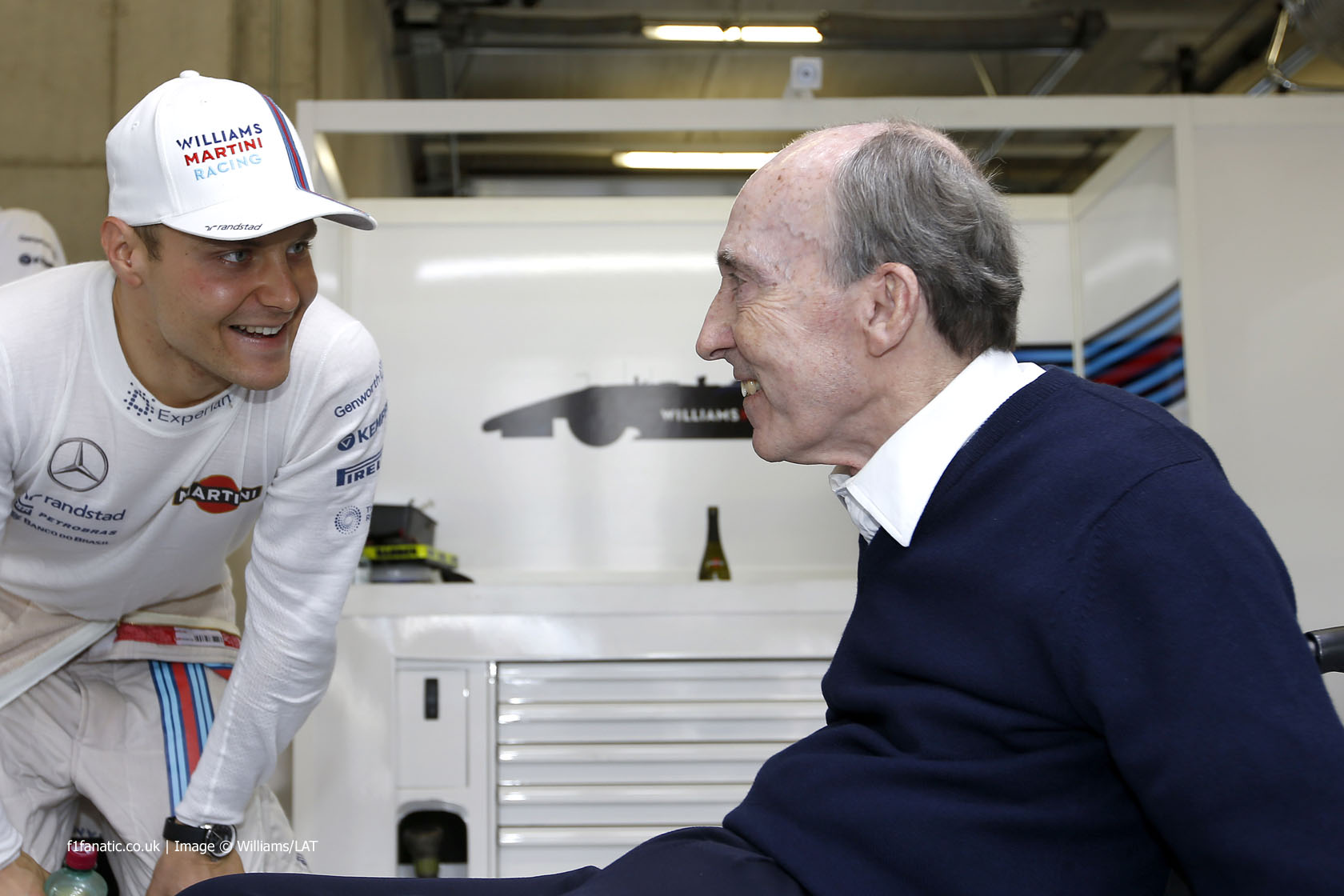 Valtteri Bottas has paid tribute to Sir Frank Williams, crediting him as responsible for the Mercedes’ driver’s chance in Formula 1.

Bottas first signed to Williams in 2012, when he took a year out from racing to act as the team’s test driver before signing to a race seat in 2013.

Speaking about Sir Frank Williams, Bottas said that he would remember him “as a friend, as a character that motivated a lot of people.

“I think when I was there, the whole factory was racing for Frank because it was his passion and his ambition to have a successful team on top [of the grid].

Bottas said that “I’m going to miss him,” emphasising that he believed that would echo across the F1 paddock “but I’m not going to be the only one. He was a nice guy, a legend that everyone loved.”

Current Williams driver George Russell said he had “fond memories” of Sir Frank Williams, saying he “remembered going to meet him for the first time, feeling a bit nervous back in 2018, but within seconds, to be honest, you recognise how warm hearted he is and the sort of personality he has.

“He was such a great human being and so well-loved from everybody within the team and obviously the wider community of Formula 1 as well,” continued Russell. “So he’ll always be a legend within Formula 1.”

Russell’s team mate Latifi said Williams’s death was “very sad news, a very sad time for the team and for the sport in general”.

By the time Latifi joined the team, Williams had taken a less direct role in the day to day running but was still a constant presence. “He was practically living at the factory,” said Latifi. “You could still always feel his presence.”

He described that “whenever I was there for some days and whatnot, he would always have a daily bit of fresh air, pop outside the front of the factory and just exchange words with the employees. Even though his involvement was not so much in the recent years, you can just still feel the presence and the kind of symbol that he was for everyone in the team.

“We still, even with the takeover of the team and the Williams family not being involved anymore, we’ve still been racing in their name and especially this weekend, I think we’re going to be racing especially in his memory and for everything he’s contributed to this team and to the sport.”

Williams will run with a special tribute to Sir Frank Williams on their cars for this weekend’s race. Alpine will also pay their respects to the late team principal, with the same tribute decal appearing on the nose of the A521.

2 comments on “Bottas: “I wouldn’t be sitting on this seat” without Sir Frank Williams”