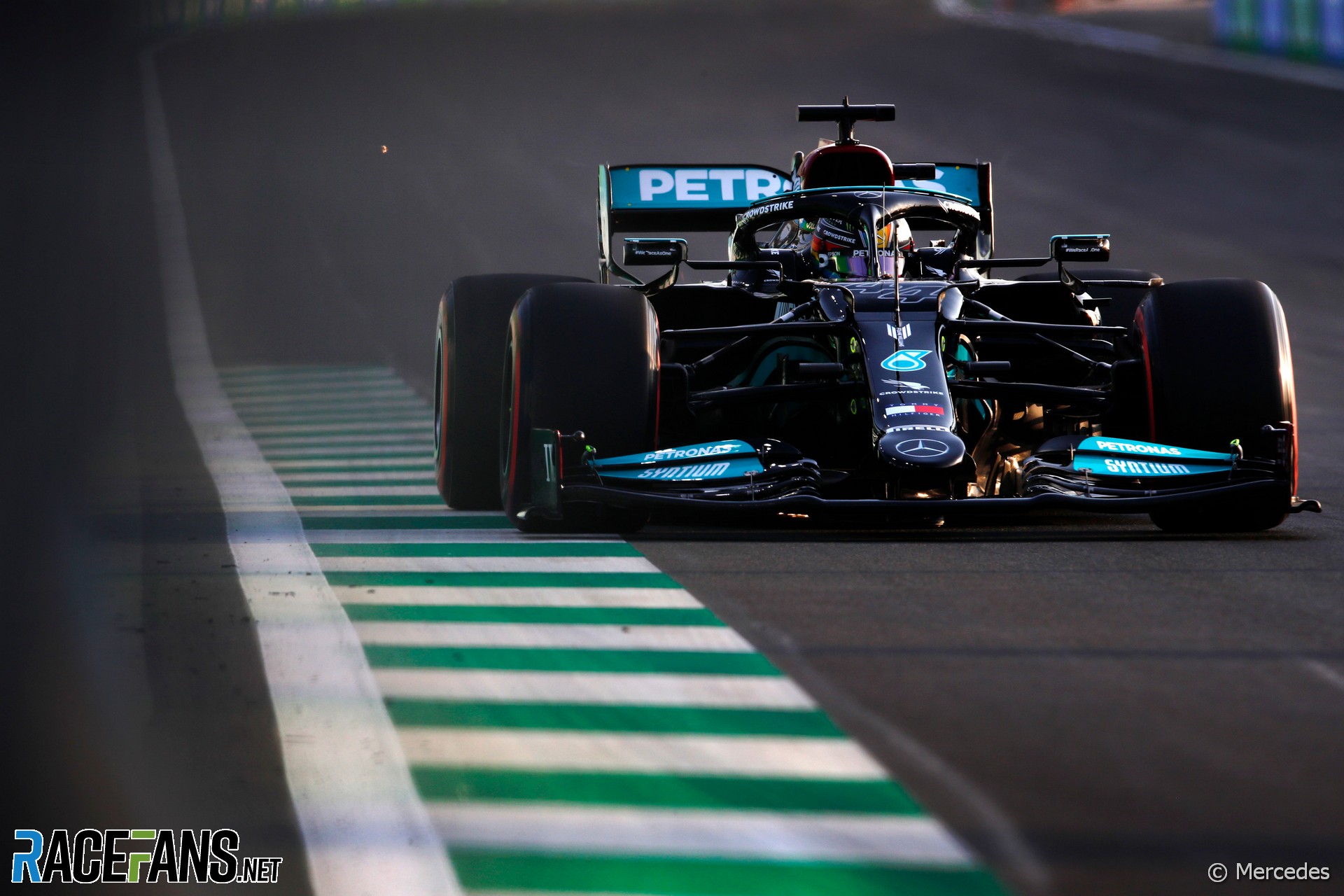 Following a near-miss with a rival during practice, Lewis Hamilton said the new track which is holding this weekend’s Saudi Arabian Grand Prix is one of the riskiest Formula 1 visits for traffic.

The Mercedes driver had a close encounter with Antonio Giovinazzi when he caught the Alfa Romeo driver during second practice at the Jeddah Corniche Circuit.

Hamilton said traffic at the track is “definitely a lot worse than a lot of places we go to”. He described it as “Monaco-esque”, but pointed out the difference in speeds is considerably higher at Jeddah, where cars are hitting up to 330kph on the straights. “The closing speeds on other cars is definitely getting to a bit of a danger zone,” said Hamilton.

The Jeddah track has been billed as F1’s fastest street circuit. After setting the quickest lap time of the day at an average speed of 249.684kph, Hamilton described the course as “unbelievably quick – it really is incredibly fast.”

He was impressed by the quality of the surface at the recently-completed track. “What I noticed straight away is the grip is very, very high, from the moment we went out,” Hamilton added.

Hamilton headed Friday’s practice times despite finding it difficult to improve his performance on the soft tyre.

“We tried a couple of different things with the set-up,” he explained. “We’re not rapid on the single lap, I would say, compared to the others. But my long-run pace seemed it was not too bad.”

“The soft tyre is probably a little bit too soft for the high-speed sections,” Hamilton added. “It seems like the tyre’s giving up a little bit.”