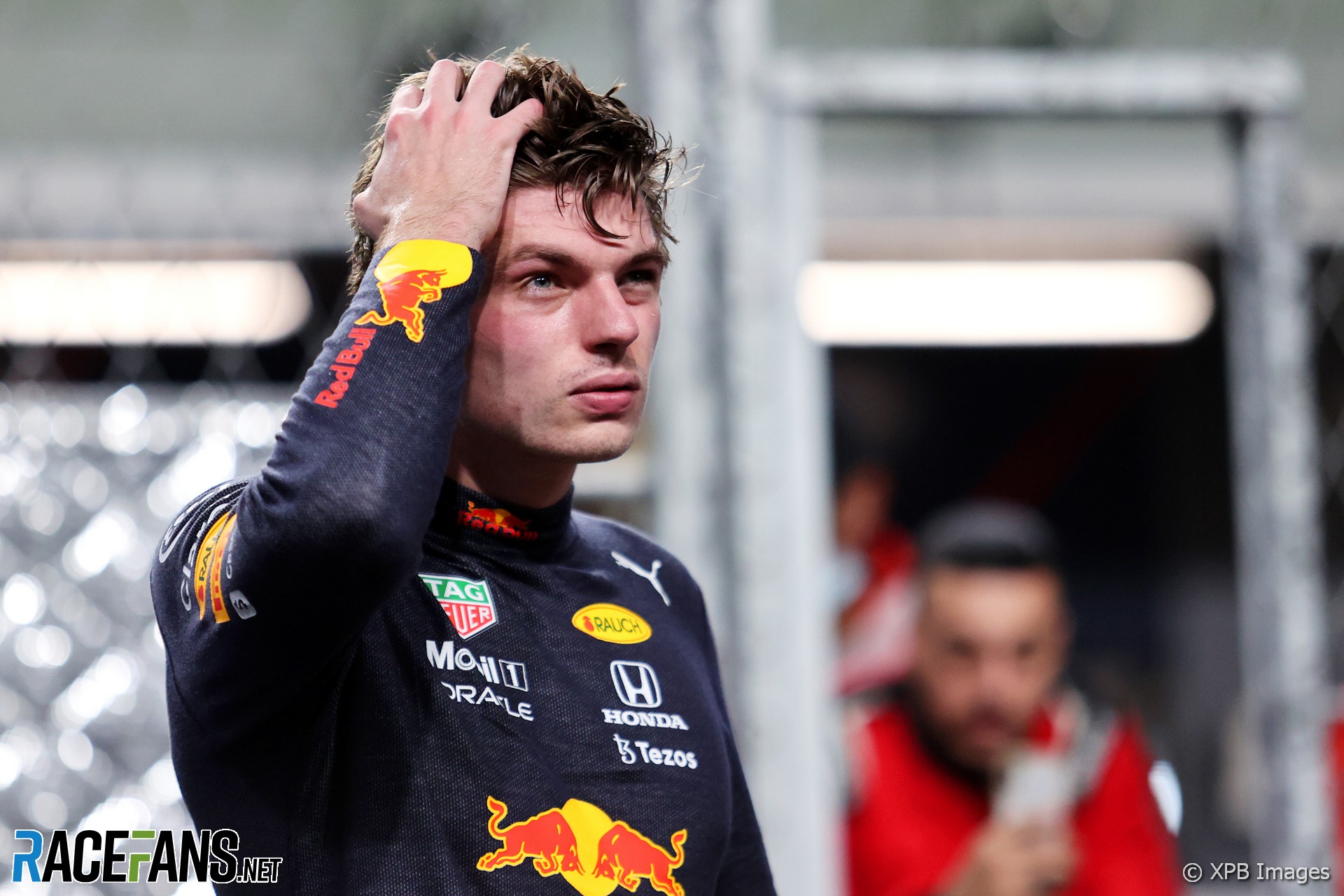 Mercedes were quick on Friday, Red Bull looked fastest on Saturday, but a costly error by Max Verstappen leaves the championship leader third on the grid – at best.

His crash at the end of championship handed Lewis Hamilton an opportunity to win his third race in a row and further reduce Verstappen’s points lead. Indeed, if they were to finish where they start, the Mercedes driver would go into the final race ahead.

But the teams are still learning the secrets of the extreme and unusual Jeddah Corniche Circuit. Further surprises may be in store, and even if there isn’t, the race looks likely to serve up another tense contest between the title rivals.

The first question is whether Verstappen will require a replacement gearbox following his crash, which would mean an automatic five-place grid penalty. The driveshaft appeared to take a strong hit, which is often a tell-tale sign the shock of the impact has been transmitted to places the team don’t want it to go.

Charles Leclerc smashed up his Ferrari in a much more forceful rear-on collision during second practice, yet did not need a replacement. Verstappen may not be so lucky.

Perhaps more significantly, Red Bull also cannot risk him retiring from the race. Starting lower down the order, but with reliability assured, would be better for the championship. It would also be a cheaper trade than it may seem: Although Verstappen would move back to eighth, consider some of the drivers he’d fall behind: team mate Sergio Perez and the AlphaTauri duo. They’re not likely to put up much of a fight.

Red Bull may be emboldened to take the grid hit because, against expectations, they appear to have much stronger pace than their rivals. “We are so fast that we don’t take any risks,” motorsport director Helmut Marko told Servus TV. “If the gearbox has damage or glimpses of that, then we will change it.”

Mercedes team principal Toto Wolff says there are clear areas where the RB16B is superior. “It changes throughout the sessions,” Wolff explained. “I think we are pretty equal on the straights, but we’ve been losing in the high speed but then also in qualifying in some of the low speed.”

“The drivers are not at all happy with the car,” he added. “It’s between understeer, snapping, checking, rolling, you name it.”

If Verstappen avoids a penalty and starts third he will be in the same position as in Mexico City, when he easily claimed the lead on the first lap and went on to a dominant win. Although Wolff’s points about Red Bull’s competitiveness should sometimes be taken with a pinch of salt, AlphaTauri’s performance so far shows that Honda have delivered a power unit which is not struggling to compete with Hamilton’s “spicy” fresher internal combustion unit.

In terms of dry wear, Pirelli believe the quickest strategy will be to start on medium tyres and move to the hard compound. That’s what every driver through to Q3, bar McLaren’s Lando Norris, has the opportunity to do, the papaya car forced to start on softs. Here too Hamilton is at a slightly disadvantage: he put four more laps on his starting set of medium tyres than Verstappen.

Formula 2 held a pair of sprint races around Jeddah on Saturday, both of which indicated the track brings a high potential for incidents, as was predicted, and is not easy to overtake on, against expectations. The local marshals appeared to be on top of things, however: car retrieval was very rapid.

Of course, just because F2 (or GP2) had a lively race on a brand new, high-speed street circuit does not mean F1 will follow the pattern. That was memorably the case at Baku in 2016, where a truly staggering amount of attrition in the GP2 feature race warned F1 drivers off any risky moves.

Both GP2 races were won in impressive style by a driver who had an exceptionally good qualifying session this weekend, reaching Q3 on medium tyres in his Alfa Romeo and claiming 10th place: Antonio Giovinazzi.

It’s not often that there’s an opportunity to talk about some real underdog success in F1 but after Giovinazzi’s struggle for points all season, hearing him return from Formula E testing to say that qualifying at Jeddah was “a lot of fun” in a car that felt “brilliant” is at least a little heartwarming for what will be, as things stand, his penultimate grand prix.

“We knew the medium tyres would be better and we showed just how good they were in Q2,” explained Giovinazzi, of his excellent qualifying run. “The soft in Q3 weren’t as good and we struggled a bit more, it took us longer to get them in the right window, but tomorrow we will start on medium which is a positive.” That’s bad news for Norris, who may have a short-lived advantage from starting on the soft rubber but likely faces a stint management nightmare afterwards.

How quickly the midfield and those behind drop back from the leaders will also have an important bearing on the race. On a six-kilometre track it will take a while for the front runners to lap the tail-enders, as even the slowest team were within two seconds of the front row. But finding a place to pass them around Jeddah will be tough. The 50 laps could could pass by very quickly if it stays green throughout, but that doesn’t seem likely.

Share your views on the Saudi Arabian Grand Prix in the comments.