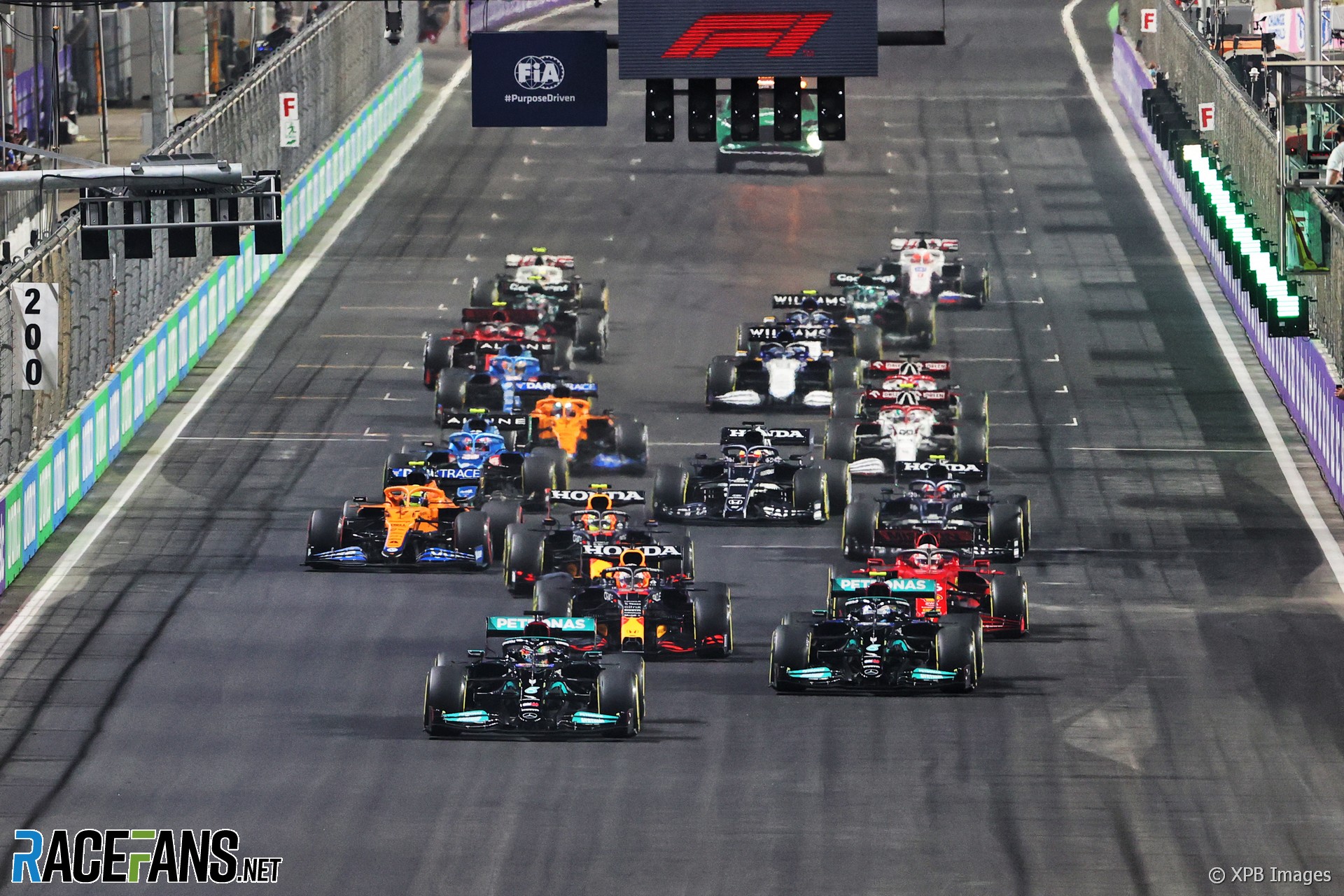 The Saudi Arabian Grand Prix has been red-flagged twice by the 16th lap of the race.

The first race on the Jeddah Corniche Circuit was originally stopped on on the 14th lap after a heavy crash for Mick Schumacher which caused damage to a barrier.

It was restarted, but swiftly stopped again after a multi-car collision which eliminated several drivers.

The Haas driver was unhurt in his crash, which occured when he spun off at turn 22 on lap 11. However the impact caused extensive damage to the TecPro barrier which he hit.

Max Verstappen therefore took the lead of the race. He and the other drivers who did not pit under the Safety Car were able to fit fresh tyres before the restart.

Following the restart another crash occured at the exit of turn three. Leclerc tangled with Perez, who spun into a barrier. George Russell and Nikita Mazepin collided behind them, putting both out.