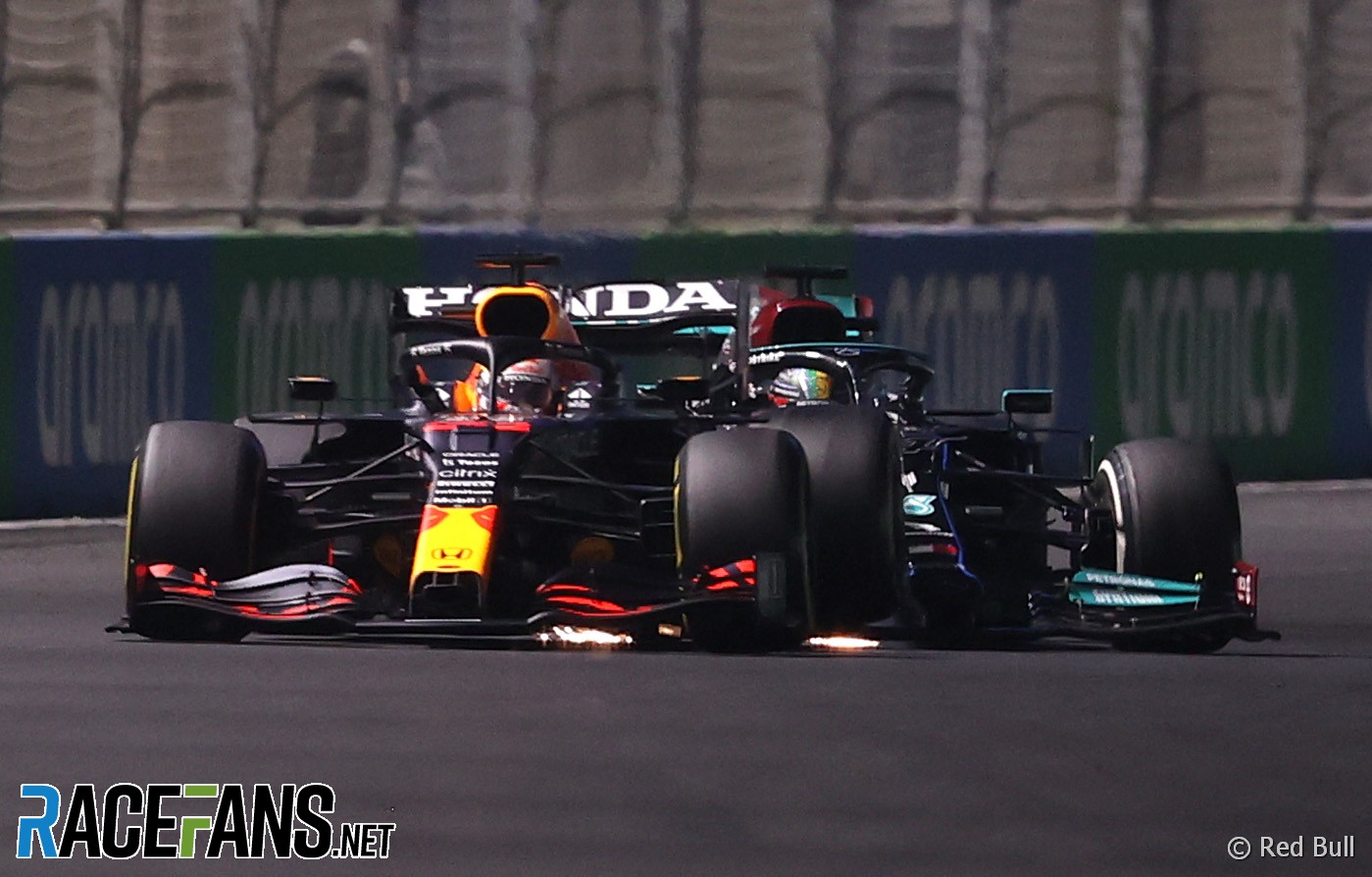 Max Verstappen has been given a 10-second time penalty for slowing in front of championship rival Lewis Hamilton, which led to the pair colliding.

The penalty does not affect Verstappen’s finishing position of second place in the race, as he was classified 15.7 seconds ahead of third-placed Valtteri Bottas. The pair therefore remain tied on points heading into the final race of the season in Abu Dhabi next week.

The pair were summoned to judge whether they infringed article 2(d), chapter four appendix L of the FIA International Sporting Code. This states: “Causing a collision, repetition of serious mistakes or the appearance of a lack of control over the car (such as leaving the track) will be reported to the stewards and may entail the imposition of penalties up to and including the disqualification of any driver.”

The championship rivals clashed on lap 37 following a bizarre sequence where Verstappen was instructed to allow Hamilton to take the lead after he had run off the circuit at turn two while trying to defend from his championship rival.

Verstappen slowed to allow Hamilton by on the approach to turn 27, but the Mercedes driver also backed off, seemingly reluctant to pass. The pair slowed further and Hamilton hit the rear of Verstappen’s car, suffering minor front wing damage, before the pair resumed at racing speeds with Verstappen still in the lead.

Verstappen was later handed a five-second time penalty by the stewards for leaving the track and gaining an advantage for passing Hamilton off-track at turn one.

He received two penalty points for the collision with Hamilton. That in addition to his single penalty point for the other incident leaves him on a total of seven for the current 12-month period.

The stewards’ verdict on Verstappen

At turn 21 the driver of car 33 [Verstappen] was given the instruction to give back a position to car 44 [Hamilton] and was told by the team to do so “strategically”. Car 33 slowed significantly at turn 26. However, it was obvious that neither driver wanted to take the lead prior to DRS detection line three.

However, the sudden braking by the driver of car 33 was determined by the Stewards to be erratic and hence the predominant cause of the collision and hence the standard penalty of 10 seconds for this type of incident, is imposed.