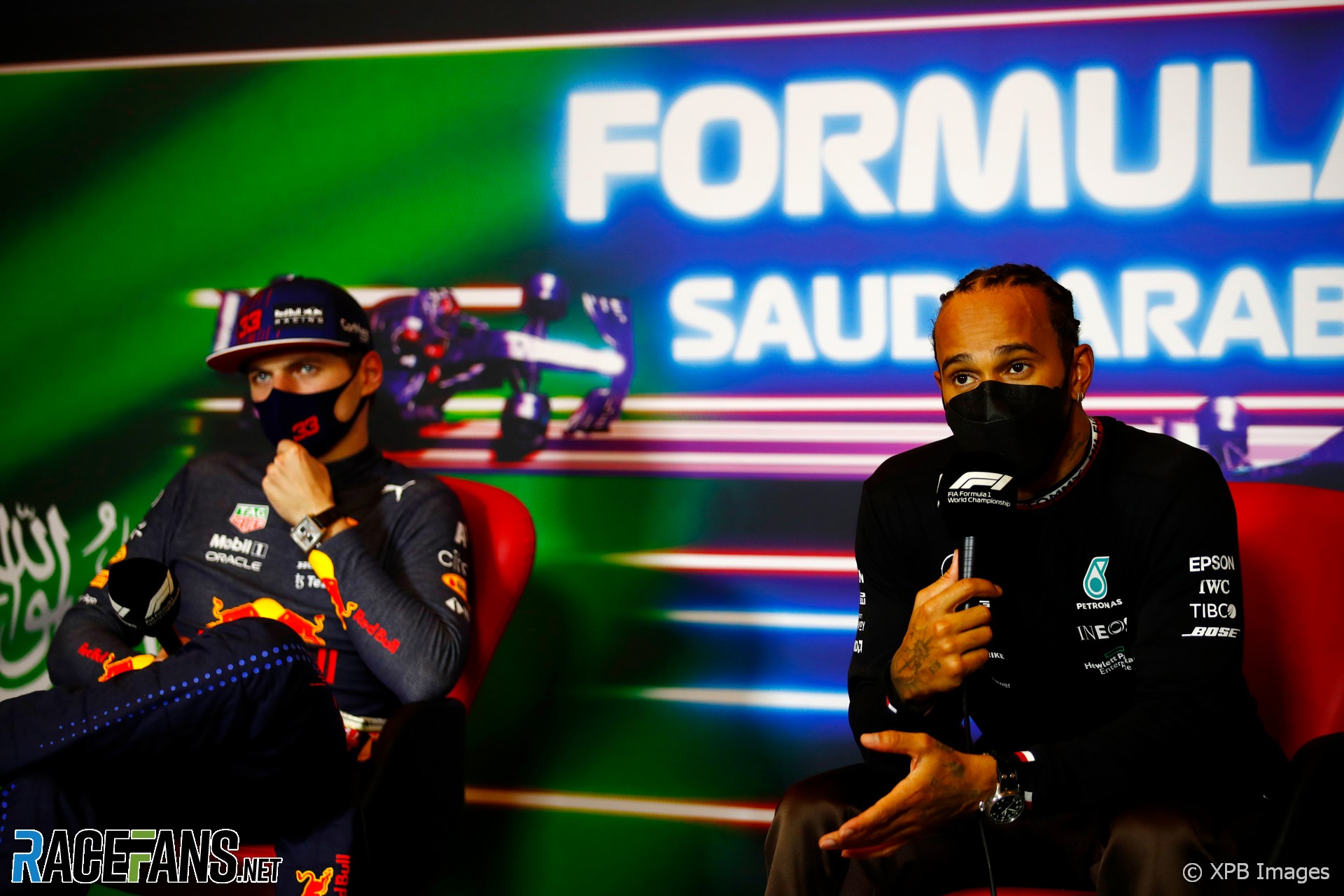 Hamilton and Max Verstappen swapped positions several times during the race, but ended up off-track on several occasions. At times Verstappen was advised to let Hamilton pass him, but Hamilton said the application of the rules had not been consistent.

He referred back to another incident between the pair in Brazil, where Verstappen was allowed to stay ahead of his rival despite running wide, taking Hamilton with him.

“I don’t think I’ve changed the way that I race,” said Hamilton. “I think we’ve seen multiple instances this year – even with Brazil – we’re supposed to do our racing on track in between the white lines. And the rules haven’t been clear from the stewards – those things have been allowed, so that’s continued.

“From my understanding, I know that I can’t overtake someone and go off track and then keep the position. I think that’s well known between all us drivers – but it doesn’t apply to one of us, I guess.”

Verstappen, who was given a five-second time penalty and a point on his licence for leaving the track and gaining an advantage at one stage, also criticised the application of the rules during today’s race. The Red Bull driver believes both drivers broke the rules by running wide.

“I find it interesting that I am the one who gets a penalty when both of us run outside of the white lines,” he said.

“In Brazil it was fine and now suddenly I get a penalty for it. Well, you could clearly see both didn’t make the corner.”

He reiterated his complaint that too many penalties have been introduced for incidents in recent races.

“I think lately we’re talking more about white lines and penalties than actually proper Formula 1 racing, and that’s, I think, a little bit of a shame.”