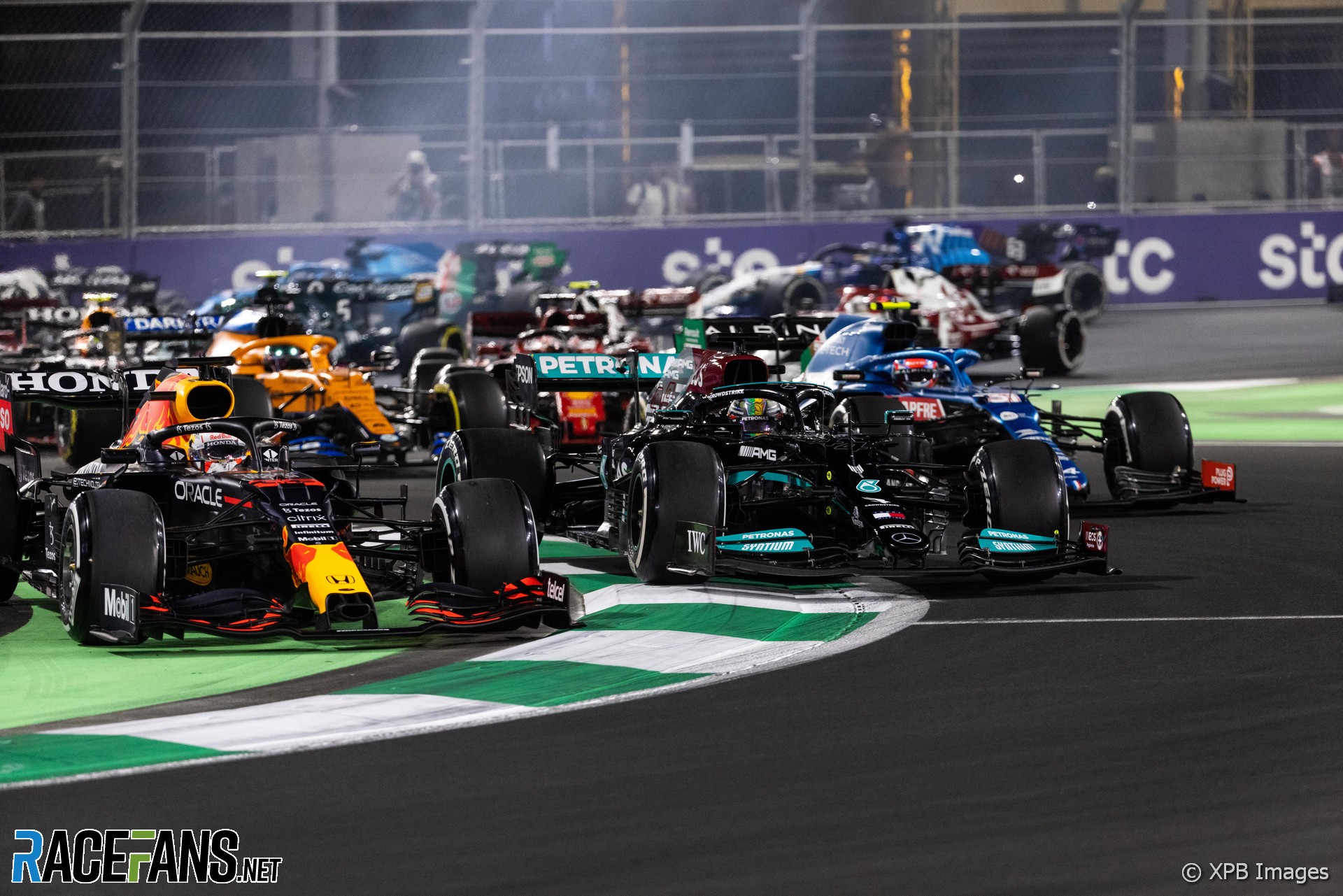 FIA Formula 1 race director Michael Masi insisted his conversation with the Red Bull team during the second red flag period in the Saudi Arabian Grand Prix was not out of the ordinary.

His discussion with Red Bull’s sporting director Jonathan Wheatley was broadcast in which Masi offered to relegate Max Verstappen two places on the grid before the restart.

Verstappen had gone off at the previous restart, passing rival Lewis Hamilton by doing so. Alpine driver Esteban Ocon was also able to pass the Mercedes as a result of the incident.

Masi therefore told Red Bull he was prepared to let them move Verstappen back to third on the grid, falling behind Ocon and Hamilton at the restart. Masi has the power to report incidents to the stewards, who can then apply penalties, and could have done so had Red Bull not agreed.

“We would drop you back behind Hamilton,” Masi told Wheatley, after correcting an earlier message in which he indicated Verstappen would only fall behind Ocon. “That’s my offer. You have my suggestion.”

Wheatley discussed the offer with the team and replied: “Yeah we’ll accept that.” Verstappen then let Ocon and Hamilton pass him before the restart was given.

Similar conversations have not previously been broadcast. Discussions between the race director and teams were played during television coverage for the first time this year.

Masi said the conversation was “very much a normal discussion that happens regularly on a number of occasions and has had all year and previously.”

“I wouldn’t call it a deal as, from a race director’s perspective, I have no authority to actually instruct the teams to do anything in that situation,” he explained. “I can give them an offer, the ability to do that. But the choice is theirs.”

Verstappen’s corner-cut at the first restart prompted a swift reaction from Masi. “Immediately, when I saw it happen at turn two, I immediately suggested to the stewards that I’m going to give the team the ability to give that place back.”

However moments later a multi-car crash occured which forced another stoppage. “The red flag, obviously, ensued very quickly thereafter,” said Masi. “And that was absolutely the priority before we got going again. Being under a suspension, it was the ability to effectively correct that before we went racing again.”

“The priority in any red flag situation is a to make sure the drivers are safe then to activate the recovery and the marshals can do so, clean the track and so forth,” Masi added. “So it probably seemed a bit elongated compared to normal, however it’s very much a normal discussion that takes place.”