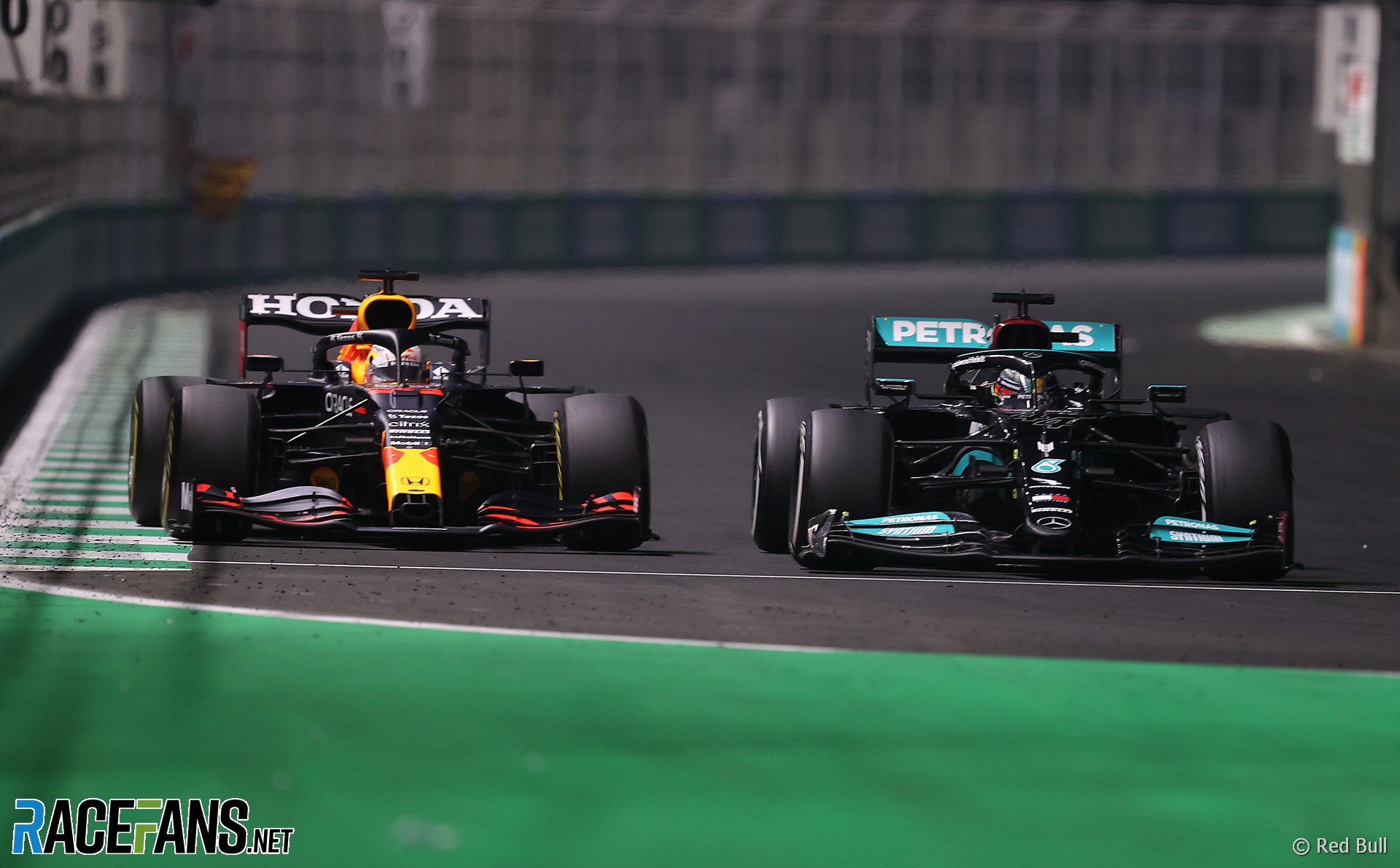 Toto Wolff fears this weekend’s championship-deciding race in Abu Dhabi could be “messy” following a series of controversial incidents in the Saudi Arabian Grand Prix.

Max Verstappen and Lewis Hamilton are level on points heading into the final race of the season and have clashed on numerous occasions over the course of the year, including in yesterday’s race.

The pair were involved in a series of incidents during the Saudi Arabian Grand Prix, even colliding with each other on a straight while Verstappen was attempting to give the lead of the race to Hamilton to avoid a penalty for an earlier incident. Verstappen received two separate time penalties from the stewards while Hamilton won the race.

Wolff is concerned the championship-deciding race could prove equally controversial and the title could even be decided by a collision between the pair.

“I would hope that [yesterday]’s race has enough repercussions that everybody’s going to learn from it and adapt for the final race in Abu Dhabi,” said Wolff.

“I think that similar driving – if it were to be deemed by the stewards as being over the line – would then probably also be penalised in Abu Dhabi and it could well end in a messy situation for everybody. And I don’t think that the championship has deserved a result which was influenced by a collision. So in that case I very much trust into the self-regulating system.”

Referring to the Sao Paulo Grand Prix in which Verstappen was neither investigated nor penalised over an aggressive defence of his lead which took both him and Hamilton off-track, Wolff believes the decisions of stewards throughout the season contributed to the tempestuous dynamic between the two rivals.

“I think [with] Brazil, I said that we are setting a precedent if it’s not being investigated, that could end up really ugly for the championship,” explained Wolff.

“And you’ve seen incidents [yesterday] that were pretty much Brazil at slower speeds and we don’t want to have that in Abu Dhabi. The quicker car with the quicker driver should win the championship and not by taking each other off.”

Despite the recurring clashes and escalating tensions between Verstappen and Hamilton, as well as between Mercedes and Red Bull, Wolff believes the rival teams will still be able to show respect to each other whatever the outcome of this weekend’s decider.

“The emotions are running very, very high,” Wolff said. “There is a lot of respect between the teams. Also for the achievements.

“That’s why as long as we have a clean race fighting for the drivers’ world championship in Abu Dhabi, it was a great season.”