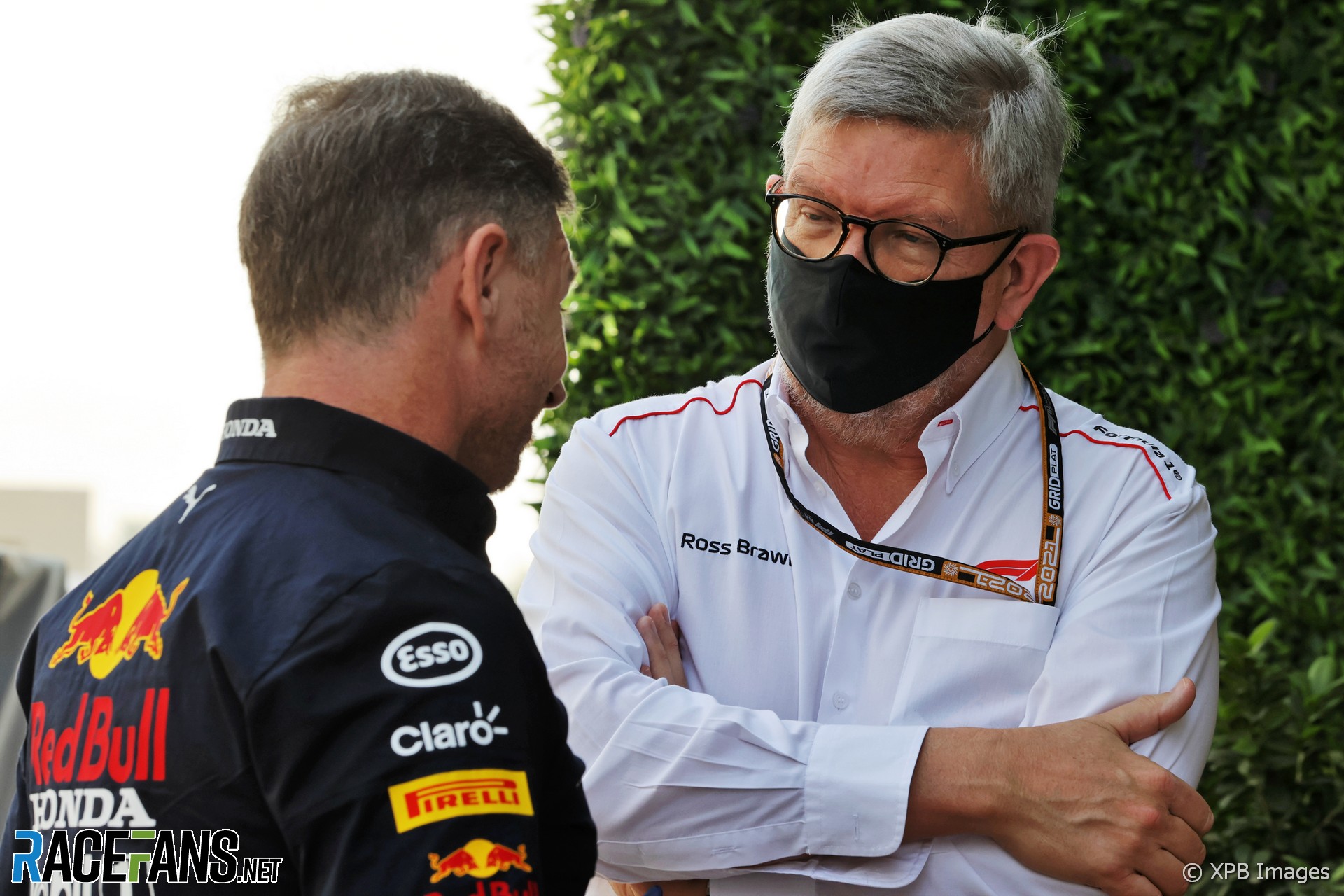 However Brawn came to the defend of the FIA F1 race director following the grand prix. “I’d like to compliment the FIA and race director Michael Masi in handling well what was an extremely difficult race,” said Brawn. “I know some people feel some of the decisions were controversial but I don’t.”

Horner’s driver Max Verstappen was penalised twice during the race, once for leaving the track and gaining an advantage while defending his position, and again for braking abruptly and causing a collision with his championship rival Lewis Hamilton.

Verstappen was also moved back two places on the grid at the race’s restart after leaving the track and forcing Hamilton wide when he rejoined. A discussion between Masi and Red Bull’s sporting director Jonathan Wheatley over the exchange, which was broadcast in television coverage of the race, attracted considerable attention. Brawn was satisfied with the handling of the decision.

“The situation you had with Max and Lewis at the restart, when Michael recommended that Max drop behind Esteban [Ocon] and Lewis, was handled well as the alternative was to report him to the stewards and that could have ended up with a time penalty.

“I think Michael dealt with it pragmatically. This type of discussion goes on several times during a race. If a driver gets by someone or defends unfairly, the race director will tell the team to correct the position.

“Some people seem to think Michael was doing a deal. He wasn’t doing a deal. It was simple: you accept the decision of the race director, with a known outcome, or it gets passed to the stewards to handle it.”

Masi faced numerous challenges during the first race weekend on the recently-completed Jeddah Corniche Circuit. These included late-starting sessions due to track repairs plus red flags in both the Formula 1 and Formula 2 races – the latter involving drivers who were taken to hospital.

“It was a tricky race and a tricky weekend,” Brawn concluded. “We’ve had a lot of challenges here, and I think everyone – the FIA, F1 and the teams – has pulled together to make this event work and it’s been a huge success.”