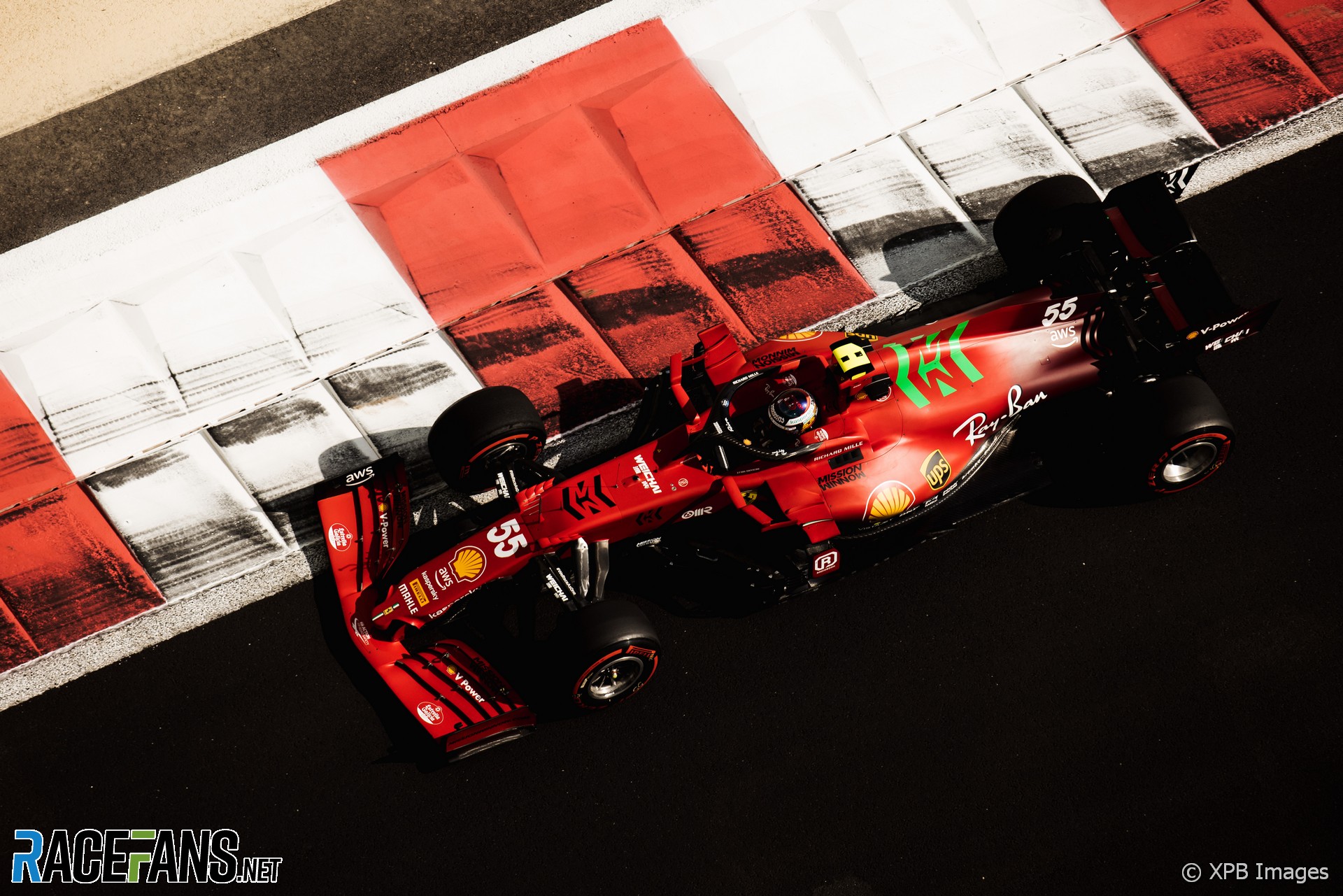 Formula 1’s official tyre supplier Pirelli is concerned the tyre failures seen in the Qatar Grand Prix could recur this weekend as a result of new kerbs installed at Yas Marina.

The venue for the final race of the season has been extensively overhauled since last year. Several faster corners have been added, and punishing exit kerbs installed in places to avoid drivers exceeding track limits.

However Pirelli’s head of motorsport Mario Isola pointed out the kerbs are similar to those used at the Losail International Circuit, where four punctures occured during the race. Pirelli attributed these punctures to the severity of the kerbs and the speed with which drivers hit them in Qatar.

Following the first day of practice at the Yas Marina circuit Isola said the track’s new kerbs are “very similar” in places to those which caused trouble in Losail. “They are not exactly the same. Especially they are quite aggressive at the exit of turn five and turn nine.”

Isola said he was “currently in discussion with the FIA to see if there is any potential solution to that.”

He stressed the severity of the kerbs was not exactly the same as what they encountered in Losail. “Clearly we have a different situation compared to Qatar. It’s a different speed, it’s a different time [spent] over the kerb. But it is, in any case, something we have to consider and we have to pay attention [to].”

Formula 1 has shortened its Friday practice sessions from 90 minutes to 60 this year. Isola said detecting possible problems can be difficult as teams do not run close to the same stint lengths seen in races.

“As usual after free practise we collect the tyres used in the sessions, we are analysing the tyres,” he said. “The problem is that we don’t have tyres with the number of laps that is comparable to the length of a stint during the race.

“We can also increase the number of checks that we do but sometimes, like it was in Qatar, it was not possible to predict what happened on the construction of the tyre because it happened after several laps and not enough running in free practice to understand that.”

Isola is confident the FIA will be able to find a solution to the problem, but admitted he isn’t sure what it will be. “I’m not an expert on what is possible to do, if they can be replaced or if they can take them out or whatever,” he said. “I don’t know, I rely on the FIA and know what they can do.

“So that’s why I think that it’s useful to have a conversation and to highlight what we have found. I was also waiting for additional information coming from running this afternoon and then I’m sure that we can find a solution.”