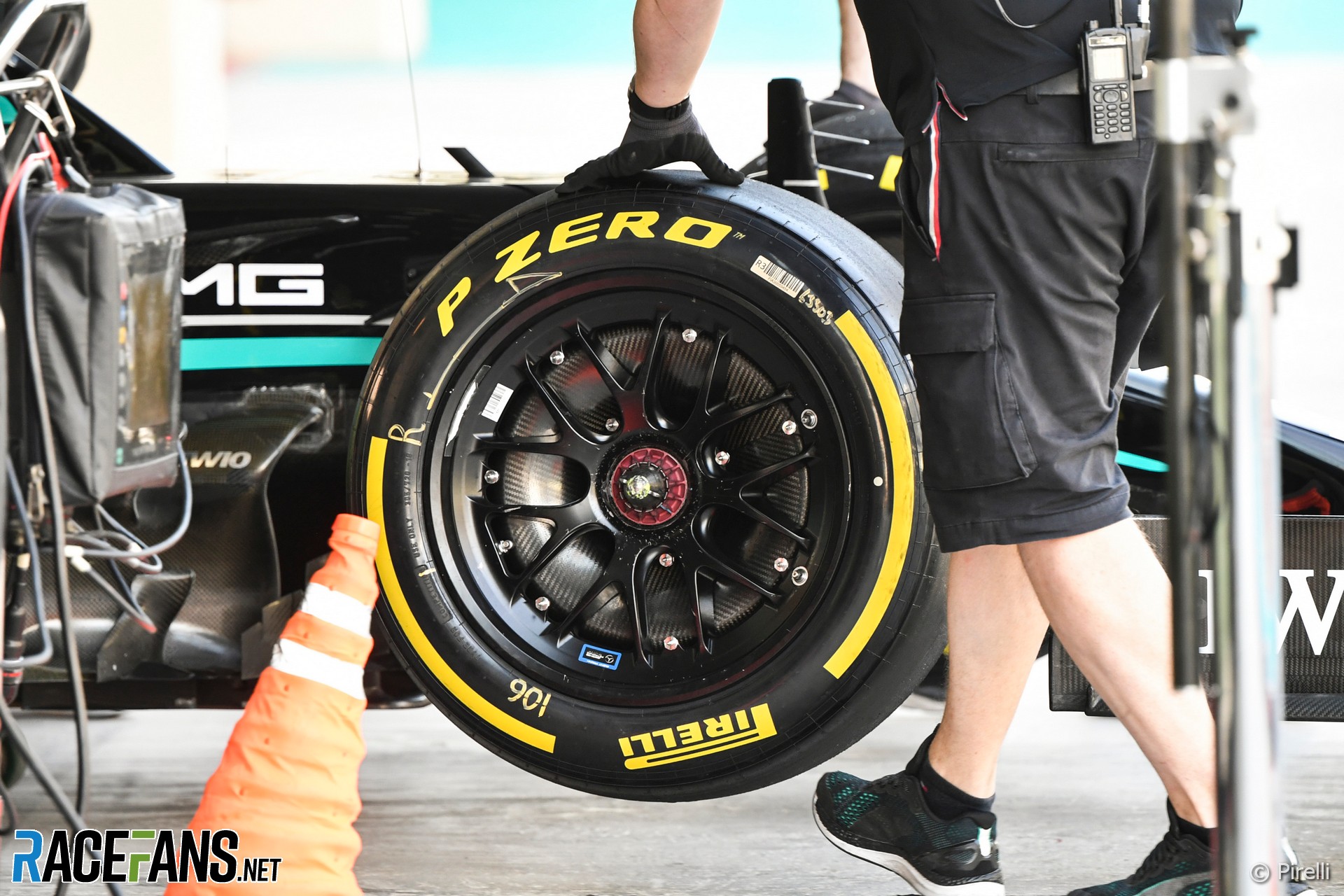 In the round-up: Pirelli’s Mario Isola expects that one stop strategies will be the norm for 2022 races this season

Pirelli expect one-stops at “most races” in 2022

Pirelli’s Mario Isola says he expects that one-stop strategies will be commonplace during the 2022 F1 season.

With a combination of dramatic aerodynamic changes to cars and new 18-inch low profile wheels for this upcoming season, Isola expects reduced tyre degradation during races this year.

“We are expecting a performance that is in line with the current tires, but the car is different, the downforce is different and maybe we will have a small difference in performance,” Isola told Tire Technology International.

“I’m expecting most of the races will be one-stop, simply because if you have less degradation and tires with the characteristics I have mentioned, there is no reason to have more than one stop. If we have really close racing and we have action on track, who cares about the pit stops?”

Mazepin did not watch races back on TV

Haas driver Nikita Mazepin says he has not watched any of the races from his rookie season in F1 back on TV.

Despite saying that watching F1 as a child was “something I seriously was looking forward to during my day” growing up, Mazepin says he has not done so with any races he’s competed in.

“In a way, I very much miss sitting in front of a TV because, thanks to me being in F1, I actually have never watched one start this year so far,” Mazepin said.

“So the good commentary – ‘lights out and away we go’ – I am not getting many of that.”

To all of our RaceFans readers, followers and supporters, many thanks for joining us throughout 2021. We wish you all the best for 2022 – and another exciting year of motorsport! pic.twitter.com/bH9N6Z7jOt

2021, a very special year to be part of the McLaren family. 🧡 Thanks for coming along on the ride.

Photo of the year.@RGrosjean holds his trophy after his first career podium finish in @IndyCar at @IMS.

"The 2009 F1 winner praised the work of personnel in rolling out the COVID-19 booster vaccine – more than 950 personnel are available to support the programme in England, Scotland and Wales."

"Lewis Hamilton’s triplex at 443 Greenwich Street sold at its most recent asking price of $49.5 million, giving him a tidy profit. He paid nearly $44 million for the loft-like unit in 2017, although he reportedly never moved in."

"I began racing cars when aged 14 but the cost of becoming a rally driver, or pursuing my dream job in Formula One, was prohibitive for my father, who worked in a factory."

A Message to Valtteri, From Your Mercedes Family (Mercedes via YouTube)

"Kiitos Valtteri. From everyone in the Team. Thank you for being part of this journey with us."

Did Sergio Perez earn a second year at Red Bull because of his ability, or because he compliments world champion Max Verstappen? Reader @neilosjames sees parallels with a former team mate of a champion…

I knew Perez would be well behind Verstappen, just didn’t expect him to be quite as bad. Especially in qualifying.

But he’s a perfect in his role because he has the ‘Irvine Factor’. He can show up to a grand prix, fully aware that he could drive every single lap at 100% of his own ability and the guy in the other car would still beat him. He could do the lap of his life and Verstappen would still be a tenth or two quicker. And it doesn’t seem to bother him – he can accept that he isn’t as good as the team leader and he doesn’t sulk about it, just gets on with his job and everyone is happy.

I don’t think Albon or Gasly could do that… neither had the ‘I’m #2 and I’m happy’ mentality. And over at Mercedes, I don’t think Bottas had it either.
@neilosjames