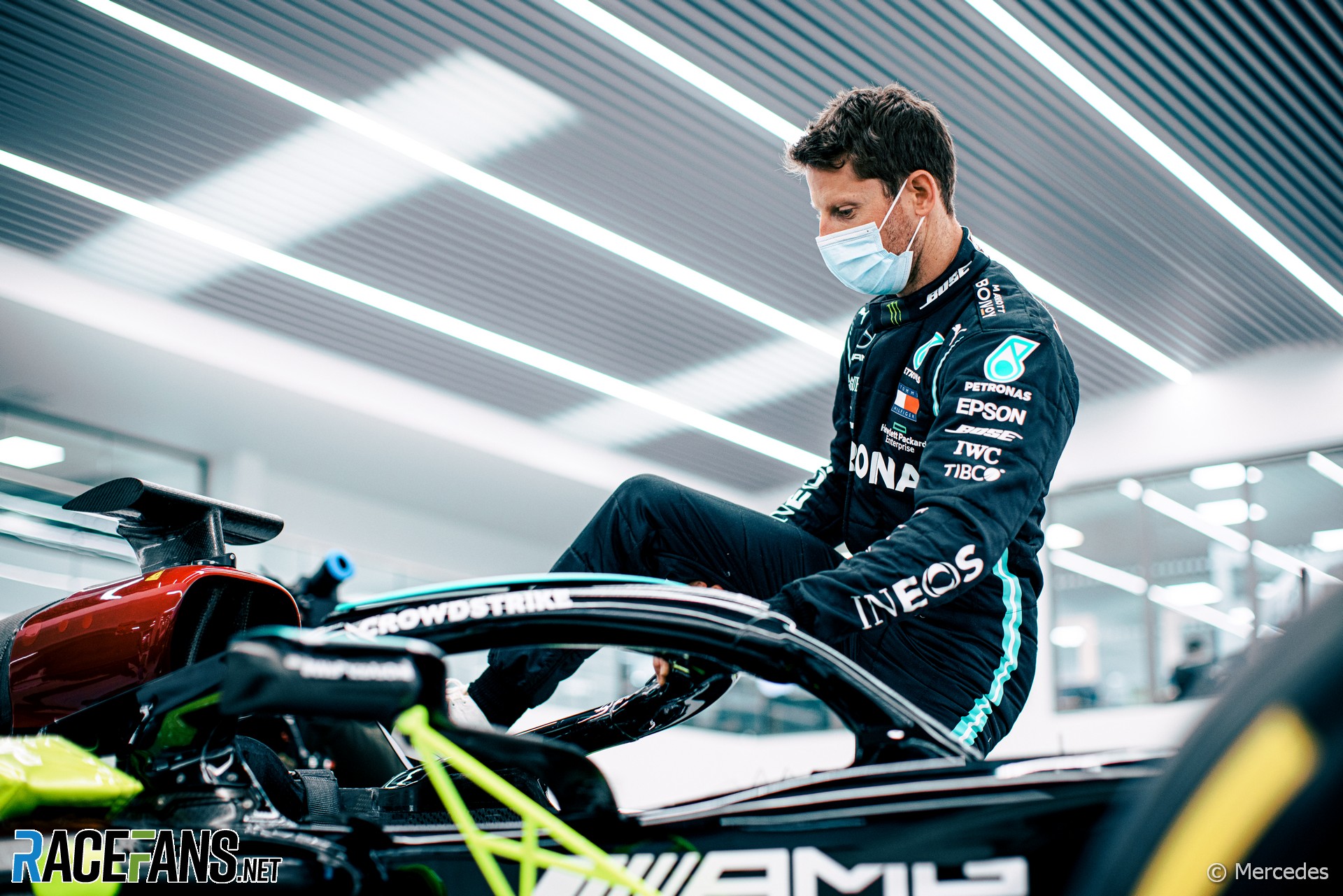 In the round-up: Romain Grosjean says Mercedes intends to honour their commitment, made after his fiery crash in the 2020 Bahrain Grand Prix, to let him drive one of their Formula 1 cars.

Mercedes team principal Toto Wolff promised Grosjean a test in one of their cars after his shocking Bahrain crash cut his F1 career short. I public run and private test were scheduled for last year, but both had to be cancelled after F1 made changes to its calendar.

Grosjean confirmed he has spoken to Wolff who has indicated his test opportunity will be rescheduled in among the 23 races on the 2022 F1 calendar.

He was originally supposed to drive the car at the French Grand Prix last year until the date of the race was changed. “There were a few things last year that didn’t make it easy,” he admitted.

“This year, I cannot go at the French Grand Prix because we’re racing in Iowa the same weekend. But definitively, yes, Mercedes is keen to do it, I am keen to do it, even though my neck would be dying because I’ve lost part of the muscle there.

“But yes, we still want to do it and if it happens, great, but the main focus is now trying to win races with Andretti.”

F1 races which were broadcast live by ITV in the sixties and seventies are to be unearthed after the British television channel agreed a deal with Racing Past Media to explore its archive. The footage includes the dramatic, rain-hit 1976 title-decider at Fuji in Japan, and other races broadcast prior to 1981.

Former F1 presenter Steve Rider, who heads up RPM, said the archive includes documentary and feature material as well as races. “This is the first step in a project that, along with the co-operation of other archives and rights holders, will help provide a complete and accessible archive of the formative years of the Formula 1 world championship.”

Formula E has a new Safety Car for its upcoming season, which starts at Diriyah in Saudi Arabia later this month. The departure of BMW from the series means the Mini Electric Pacesetter will no longer be seen leading the field, so Porsche has supplied examples of its Taycan Turbo S, which an hit 260kph and go from 0 to 100kph in 2.8 seconds.

Latest update! 👀 The first seats are installed at our Marina Grandstands 🌊 pic.twitter.com/ZarpQehdIj

After confirming his departure from Aline, Prost said CEO Laurent Rossi 'told me he no longer needed advice' and 'wants all the light' at the team.

F1 practice sessions will last 90 minutes again next year, having been shortened to an hour in 2021.

F1 CEO Stefano Domenicali: "Under Ellie’s leadership of the marketing team, we have rebranded Formula 1 and modernised its approach to fan engagement, which has led to strong growth in our fanbase across the world."

A possible return to Ferrari for ex-FIA president Jean Todt, who oversaw the team's tremendous success in the 2000s, was not supported by the manufacturer's CEO John Elkann.

On my radar: Tom Felton’s cultural highlights (The Guardian)

"It came down to the most nail-biting finish, the sort of thing you’d write in a film, where in the last lap of the last race Max just edged in front. It does wonders for the sport – makes it a lot more interesting to watch."

Losing the small amount of freedom teams once had over their tyre selections isn’t too great a loss, says @Red-andy:

I have always been an advocate of giving the teams more choice over tyre compounds (in an ideal world I’d go even further and allow multiple manufacturers, but I accept that is unlikely in this budget-capped era), but the way it was implemented did not allow for sufficient variation to make it interesting.

Get rid of the two-compound rule and give the teams completely free choice over which of the five compounds they’d like to bring to each race. But maybe not in the first year of a completely new wheel profile, as that would maybe be too much of a lottery.
@Red-andy

24 comments on “Grosjean: Mercedes F1 test will happen but not at French Grand Prix”