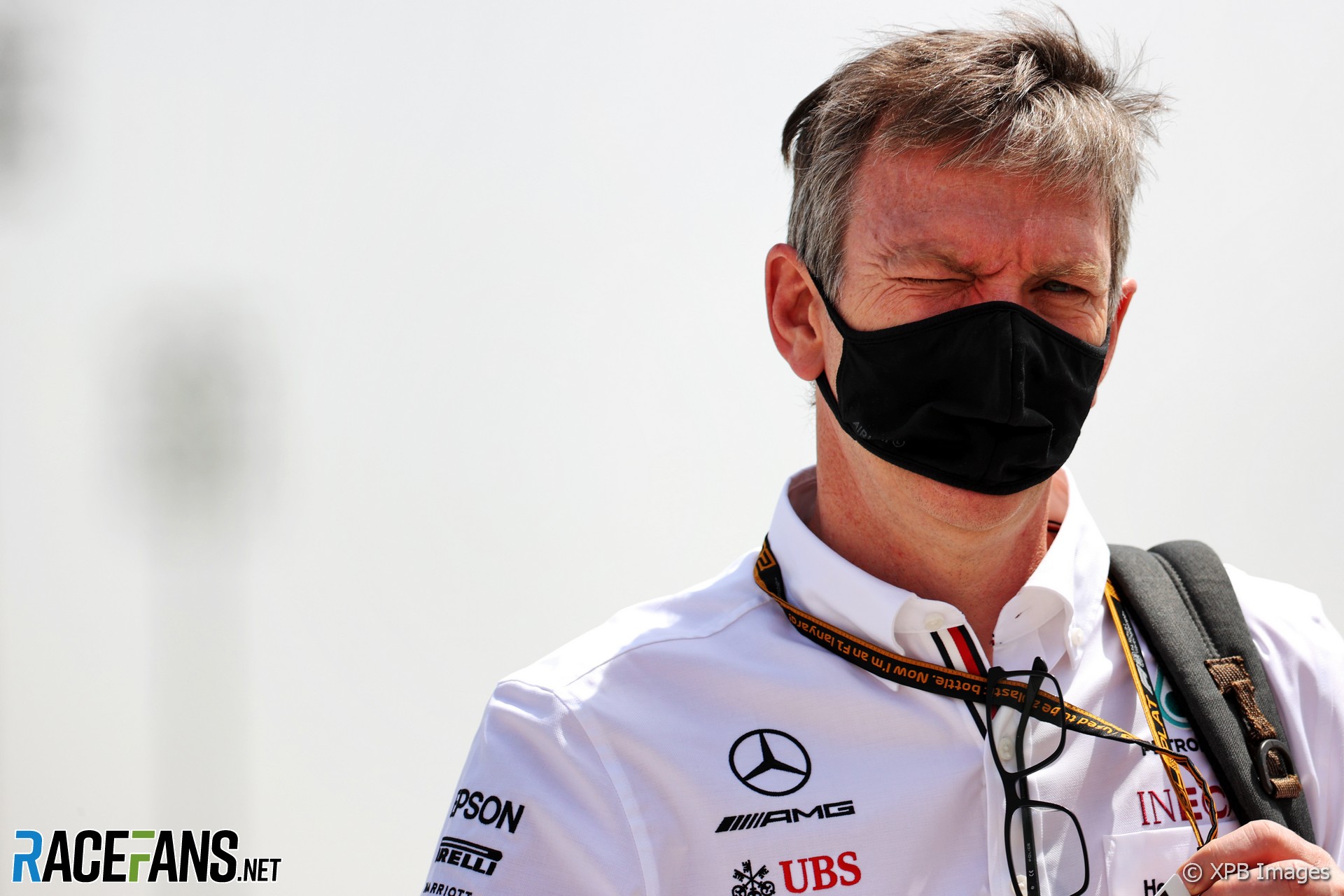 Mercedes chief technical officer James Allison believes the scale of the change in the overhauled technical regulations for the 2022 Formula 1 season means at east one team is likely to have made a serious error with their new design.

“The rule set is not only enormous – the regulations [documents] are about twice the size of what’s preceded them – but they’re all almost entirely different from what came before them,” Allison explained in a video published by Mercedes.

While F1’s complicated V6 hybrid turbo power units are unchanged, the rules governing the cars’ aerodynamics, suspension and wheels have been drastically revised.

Upper aerodynamic surfaces have been simplified while teams have been given greater freedom to shape the underside of their cars to generate more downforce. F1 has moved from 13-inch to 18-inch wheels and taller tyres, and teams have been forced to use simpler suspension systems.

Teams have also had to design their cars within the constraints of the budget cap which was introduced last year. The scale of the changes makes it “a difficult thing to anticipate in terms of what the pecking order will be” admitted Allison, whose team have won the constructors championship for the last eight years in a row.

“But it’s a brilliantly exciting thing to contemplate precisely because none of us know,” he continued. “One of the things that is the essence of sport is not knowing we all of us have done our level best – I’m talking about everyone in our team, [but] everyone in every other team – we’ll have done our level best to try to find a design and an approach that will be a happy match to this new regulation set. And we’ll all get to find out together at the start of this season and the races that unfold from there exactly how that shakes out.”

Allison expects at least one team will discover they have missed opportunities with their new designs and face a difficult season to recover.

“I would imagine, given that the cars are so new and so different that one or two [teams] on the grid will have got it really badly wrong and that they will have a terribly painful year. I would imagine that all of us, to some degree, will have will have left things on the table that we just didn’t anticipate, and we will look at other cars and think ‘oh, why didn’t we think of that?’

“It’s going to be quite a rush and definitely something that’s going to keep us all from having too much sleep for the whole of the season.”