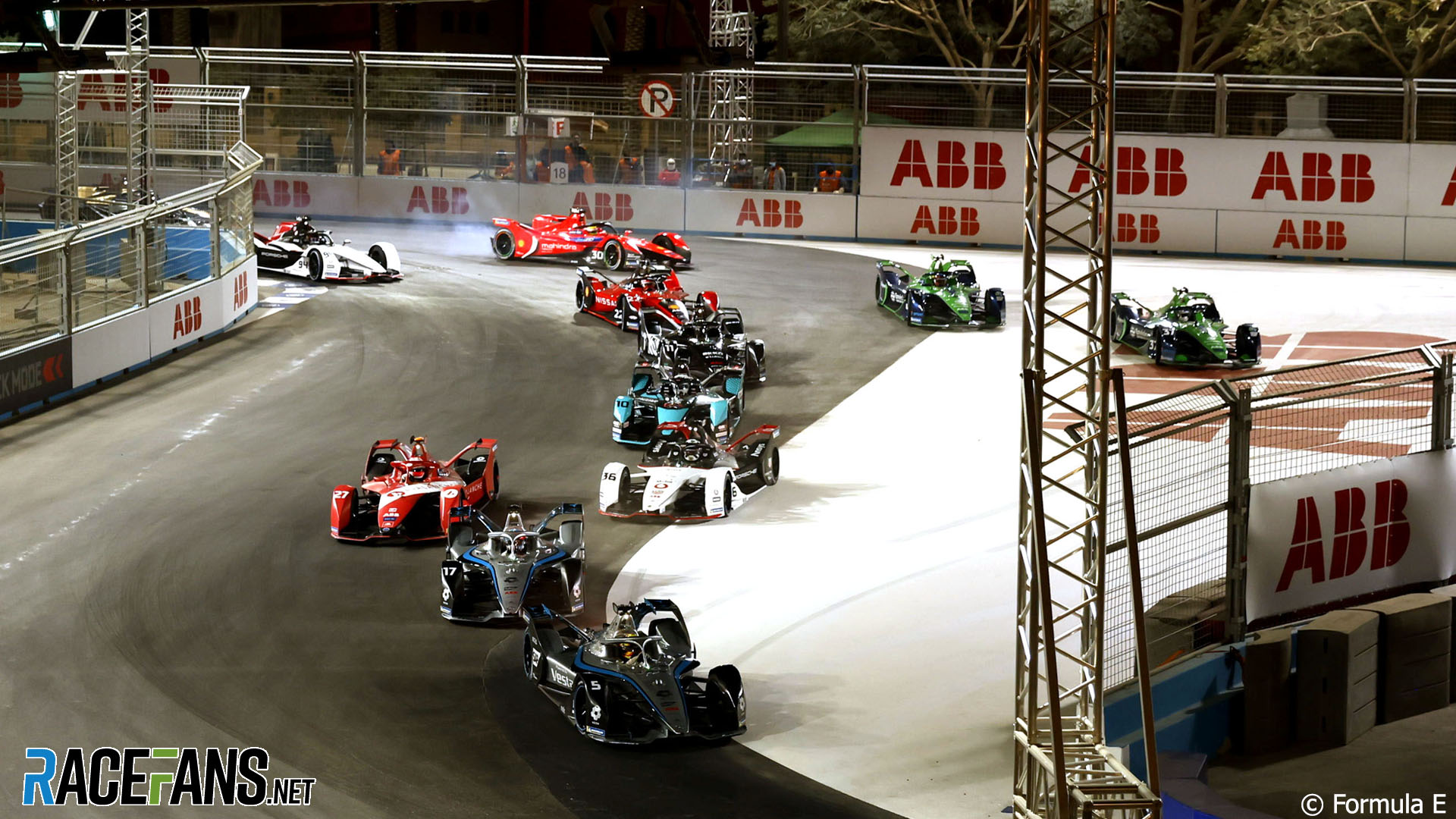 Formula E’s first race of Season 8 was, by and large, a total success. Although two cars did leave the race early, one prompting a safety car, the disrupted running that characterised all too many of the previous seasons’ outings was mostly banished and a new energy rule saw drivers running right to the end of their batteries’ lives – but not out.

In lieu of a paddock diary – as I imagine very few readers are interested in what sort of media centre sandwich I ate (hummus and roast vegetable, if you must know) – here are a few of the smaller stories or snippets of interest that might otherwise slip under your Formula E radar.

Formula E is notorious for handing out penalties that can seem arcane to the casual or even pretty hardcore viewer without intricate knowledge of the regulations. One of the most unfortunate ones for this race went to Oliver Rowland who, despite missing out on the final qualifying duel, had set the pace all day prior to a fumble in the semi-final.

He was given a three-grid-place penalty and a penalty point on his e-license for obstructing Pascal Wehrlein in the pit lane. Impeding the Porsche was the main issue, but the reason is a little more… well… ‘Formula E’.

In the Diriyah pit lane, which is pretty short and straightforward by FE’s standards (where sometimes street tracks prompt elongated slip roads in and out or elaborate bends around buildings) the maximum speed is 50km/h. All very well and good – safety is important. But, to make things harder thanks to the especially narrow nature of the Diriryah pitlane, there is also a minimum speed limit unique to this track of 48km/h – the threshold Rowland fell below.

His penalty notice from the stewards didn’t detail by how much Rowland had breached this rule, but just 2km/h is a very fine margin of error. The Mahindra driver’s otherwise excellent day (he topped both practice sessions) started falling apart from that moment and, in the race, he ended up facing the wrong way after contact with Robin Frijns, prompting a seven minute Safety Car intervention that added 5 minutes 15 seconds to the total race time.

Back when Formula E had group qualifying, one of the problems drivers frequently ran into in the four-minute sessions was that the single hot lap constraint led to them all trying to set their quick laps at virtually the same time, prompting Monza-like traffic queues and frequent bumping. A late yellow or red flag could ruin an entire group’s chances and it’s one of the reasons for the radical format adjustment this year.

Unfortunately, moving to 11 minute sessions with 11 cars in each free to set as many laps as they like has not necessarily fixed that issue. Yesterday, Group A still ended up bunched together, with several cars only narrowly making the chequered flag for their final attempt.

Group B, meanwhile, had a yellow flag in the first sector on most drivers’ final laps after Edoardo Mortara crashed his Venturi at the first corner. That disrupted a lot of laps for drivers who hadn’t set a banker early on and was instrumental in determining the top four in the group who would earn the right to progress to the duels.

Hopefully, these are probably just learning experiences as drivers and teams get to grips with the new format and work out how to adjust to and extract the most from the longer session – and not simply resort to the tactics of the old one.

The Diriyah circuit yesterday was about the sandiest and dustiest it’s ever been, thanks to billowing clouds of dust-fog rolling through Riyadh off the desert. Unlike coastal Jeddah, where F1 races, Riyadh is very much in the middle of a vast expanse of sand and so when winds sweep across the peninsula there’s basically nothing standing its way between Bahrain to here.

As a consequence, the track was layered in dust at the start of second practice yesterday (first practice was held under the lights on Thursday evening) and drivers had an especially slippery surface to contend with. Formula E cars don’t aspirate, so some of the clogging effects of airborne dust aren’t as much of a problem as they could be for other series with powertrains that need to gulp plenty of air. But the groves cut into the all-weather Michelin tyres the series uses do also mean there’s less contact to the track when compared with a slick, so there’s naturally reduced grip.

A recent resurfacing didn’t help matters, one driver describing the track as “polished” to me after second practice. Even so, it did grip in over the course of the day. It was still hazardously slippery off-line in the race – as Jake Dennis discovered while trying to overtake André Lotterer and, as he put it, overshooting ‘straight into the centre of Riyadh’ – but by the end of the day drivers said grip levels was somewhere in the median between last year’s track and the first few times we came here.

That bodes for faster laps and pushing harder in today’s qualifying, as well as drivers taking more risks with coming off the cleaner lines.

The second round of the 2022 Formula E championship takes place today for the second Diriyah E-Prix. Qualifying takes place at 12:40pm GMT, with the race again beginning at 5pm GMT.