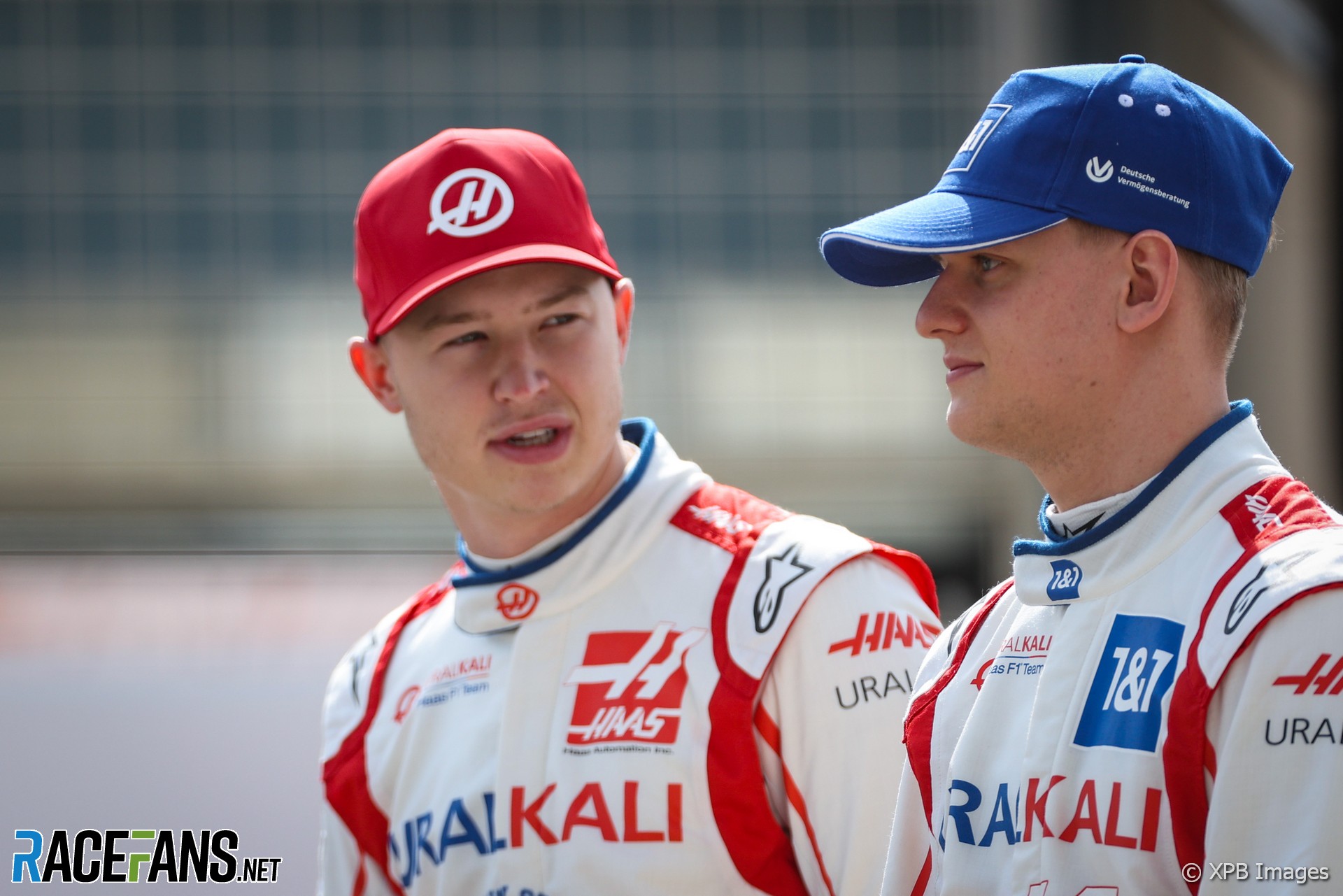 Mick Schumacher and Nikita Mazepin made their F1 debuts at Haas in 2021. The pair endured a tough season in an uncompetitive car, and neither scored points.

Steiner believes his drivers should be to contend for points finishes this year in the VF-22, early renderings of which were revealed last week. “The expectation is to be able to fight for points, to fight with the other drivers which are in Formula 1,” he said.

“They had one year of their rookie year, we always were very open about the expectations last year were not high. But it gave them the opportunity to learn, to establish them in Formula 1.

“Now it’s the year we have to prove that we are on the right track with the drivers.”

Schumacher comfortably had the beating of Mazepin in their first season together. He was emphatically the quicker of the pair in qualifying and almost invariably finished ahead of his team mate too.

However Steiner does not intend to impose a running order on his two racers. “Both drivers are equal in our team,” he confirmed. “They’ve got equal status contacts, so there will be no leader.

“The leader will each race come out [from] who does a better job in practice and qualifying. Then when you do that, then in the race obviously you start in front, then you are automatically in a better position.

“But the starting point every weekend is the same. There will be no ‘number one’ and ‘number two’ driver.”