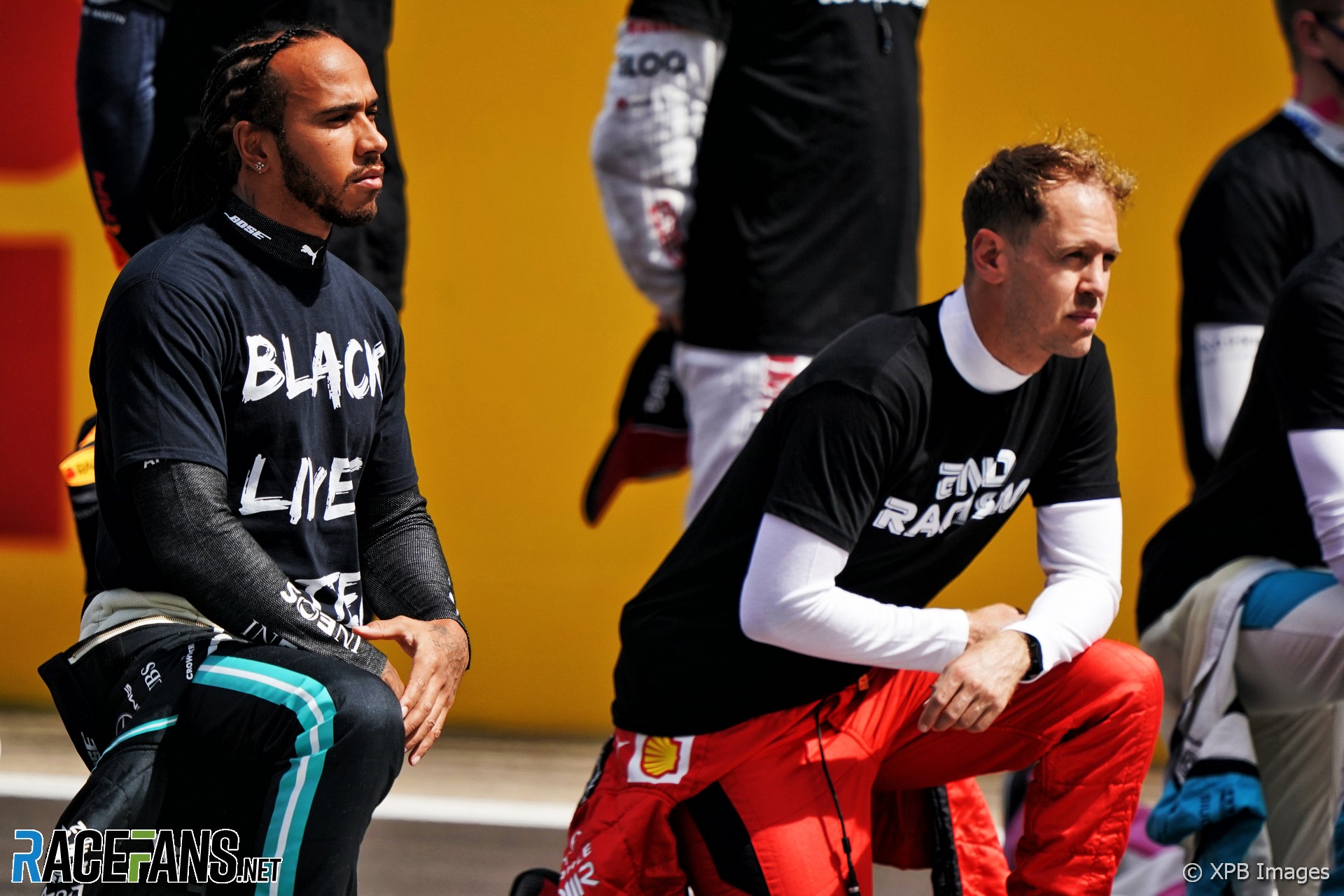 Formula 1’s ‘We Race As One’ ceremony, which has been a regular part of its pre-race build-up over the past two years, will not continue in 2022.

The series’ CEO Stefano Domenicali said it intends to focus on action rather than gestures to advance diversity and other causes represented by ‘We Race As One’.

The initiative was launched ahead of the first race of 2020, which was delayed due to the outbreak of Covid-19. It was prompted in part by the rise of the Black Lives Matter movement in response to the death of George Floyd in America.

F1 will continue to air a ‘We Race As One’ video involving all 20 drivers prior to this year’s races. However the pre-race ‘grid moment’, which was previously used by drivers as an opportunity to perform gestures of solidarity such as taking a knee, will not continue. They will still be allowed to perform such gestures at other times.

The pre-race performance of the host country’s national anthem, which was introduced in 2014, will remain.

RaceFans understand Mercedes have been notified of the planned changes. The team’s driver Lewis Hamilton has repeatedly urged F1 to encourage greater diversity and formed his own commission to investigate the issue.

When ‘We Race As One’ was launched in 2020, Domenicali’s predecessor Chase Carey described it as “a platform for Formula 1 to come together and achieve results against the most important issues facing us as a sport and the world”.

After confirming the changes to ‘We Race As One’ for 2022, Domenicali told Sky that F1 needed to change “gesture to action”.

“We needed to make sure that what we did was important to show the intention of Formula 1 in things that were really important for the world,” he explained. “Now the action is the focus on the diversity of our community, and this is the first step.”

Last year F1 launched its Engineering Scholarships programme which funded places for 10 students to study engineering degrees at top universities in the UK and Italy. Today it announced an extension to the funding which will keep the diversity programme running until at least 2025.