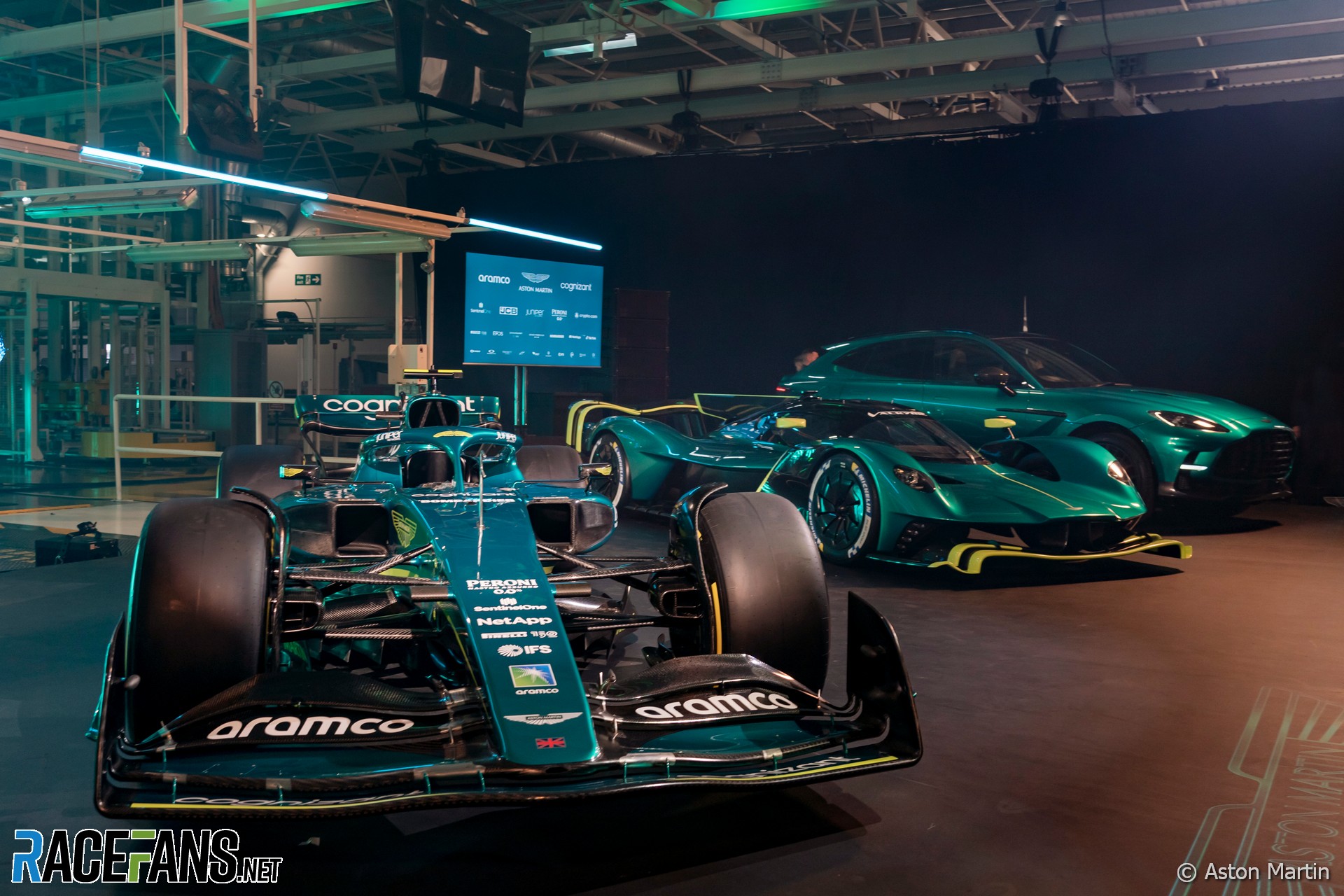 Aston Martin could build their own power unit when Formula 1 makes the next significant change to its engine regulations.

The team sources power units and other parts including its gearbox from Mercedes. However, with the FIA planning a change of engine format in 2026, Aston Martin technical director Andrew Green admitted the possibility of producing their own power units was of interest to the team.

“I think going forward with our ambitions I think we’re definitely investigating power unit supply in the long-term,” he said. “2026 is mooted as a new power unit regulation and I think as a team we’d love to be involved.”

The team has signed petrochemicals firm Aramco as a new joint title sponsor for 2022. Green indicated they could assist the team in developing its own engine.

“We have Aramco now involved as a sponsor and I think conversations going forward in the next years, we’ll see,” he said. “I’m sure we’ll be looking at it in great detail and understanding whether there’s a benefit to us moving in that direction.”

Rivals Red Bull are building their own power unit facility in nearby Milton Keynes where it will take over the production and maintenance of its Honda-designed engines and hybrid systems. It also plans to develop its own power unit for F1’s new regulations.

The current V6 hybrid turbo power units were introduced in 2014. The manufacturers’ designs will be frozen this year following changes made to allow a move to E10 petrol, which is made up of 10% ethanol.

Green described this as a modest alteration compared to the drastic changes in the chassis regulations for the 2022 season.

“The power unit has minimal changes really from ’21,” he said. “It’s probably the single area of the car that’s had the least amount of change from ’21 to ’22.

“We’re still sort of in a homologated region of power unit. The power unit has been developed to take E10 fuel for 2022 so it had to be recalibrated and the fuels re-blended.

“But that’s not a significant alteration. It’s common power unit amongst all the [Mercedes] teams, they’re still only producing one power unit for everybody. So I don’t think that was a big issue for them.”